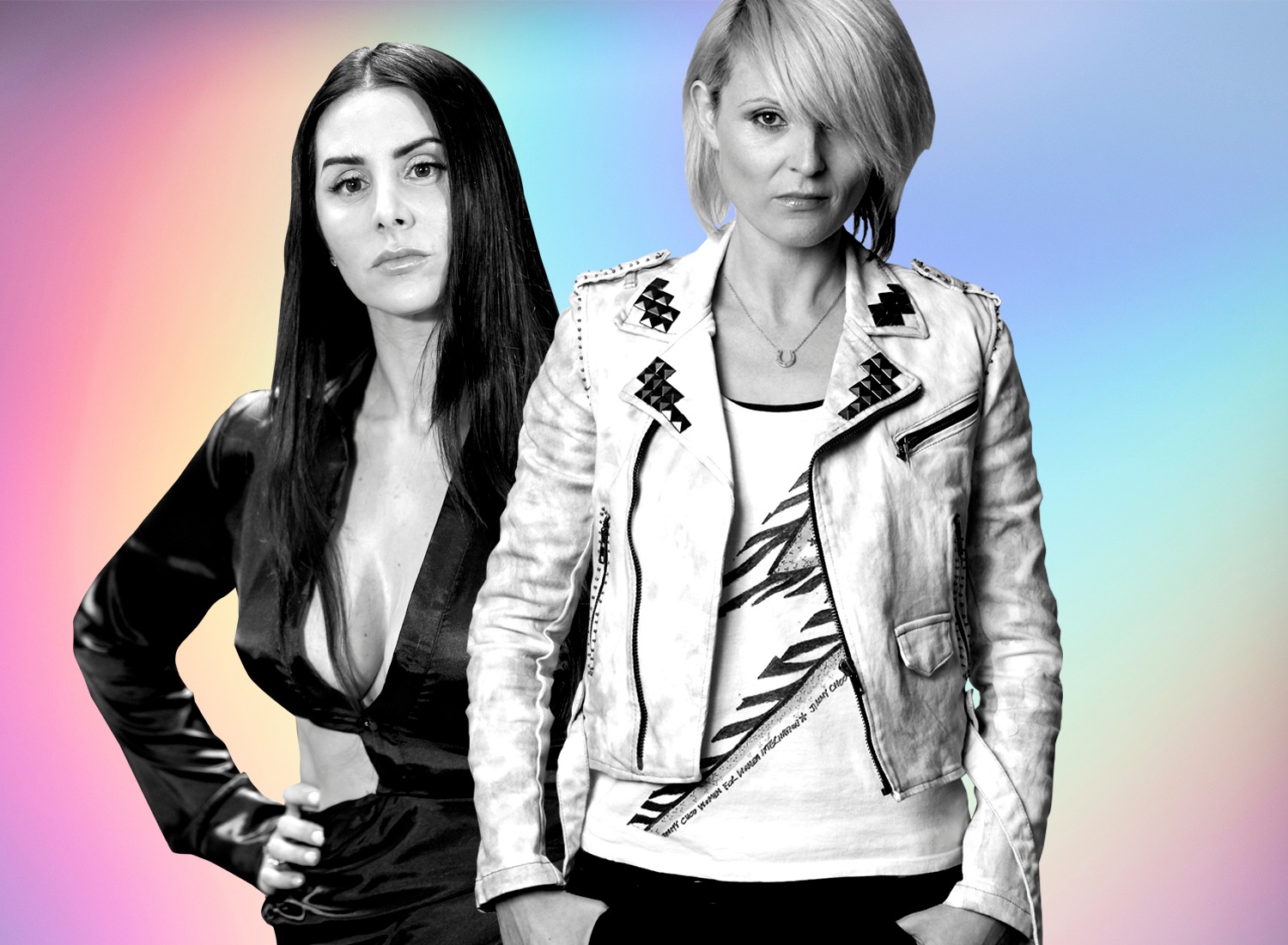 “We are not so popular in Spain”, Sister Bliss will confess in a moment of the conversation in three voices and two languages ​​held through Zoom. This woman, born Ayalah Bentovim 50 years ago in London, is Faithless’s handyman: songwriter, multi-instrumentalist, producer, DJ and ideologist. He only needs to sing, a task that has been developed in his group by a cast of collaborators together with the charismatic Maxi Jazz. He left in 2011 (“I wanted to play the guitar and do other types of music”), after selling more than 15 million records around the world, but mostly in the UK, Belgium, Holland, Switzerland and Germany.

The band then announced its dissolution and made a farewell tour until, at the end of last year, decided to return, without Maxi, with All Blessed, an album that has been received with lukewarmness but to which now they want to give a new impulse. No one conceals the fact that I need someone (I Need Someone), their 2020 single that they have just re-recorded with the voice of Mala Rodríguez, is a resource devised to promote both parties in markets that are not theirs, but both Sister Bliss and María Rodríguez (Jerez de la Frontera, 1979) manage to convey to us the naturalness and mutual inspiration with which they say that this project has been conceived … even despite not having seen their faces during it.

How did this collaboration come about?

Sister Bliss: “When making this song we felt that the message was so universal that it would be nice to re-edit it and add a voice in another language. It’s the crown jewel on our album, and we wanted to give it every chance. We asked La Mala and she said yes. She understood the music completely, the message, the sensitivity, the heart that was in the song. It’s actually a duet, as there is a male part (played by British vocalist Nathan Ball) and a female part, and she came up with something new and beautiful. What I like about La Mala is that she is not just a singer or a rapper, but that she positions herself with something, her message is political, she is conscious, feminist, she is not afraid to talk about things in her lyrics, and that was exactly the kind of collaboration we were looking for, someone with a nice voice and something to say ”.

How did you record it?

SB: “We did it separately, she from a studio in Barcelona and we here in London. We send the music to each other over the Internet and we have only met through interviews like this. It is the way of making music that there is now. We can record with anyone anywhere in the world. It is something magical! “

Didn’t you know each other before?

SB: “When this is over, I want to party with her, be in the sun, eat delicious Spanish delicacies and make friends.”

Mala Rodríguez: “I have told him that, when possible, we have to act in Mexico. Yes or no?”.

But, Sister, how did you know about the existence of Mala Rodríguez?

SB: “I listen to a lot of music and I am aware that, in Spanish-speaking countries, it is one of the most popular artists that have emerged in recent years. When I listen to her, I feel like she speaks for me. My Spanish is not good at all, but I understand what it says. You know that it is not just empty pop music, that it has a substance and a meaning, that it has chicha. It has what we call swagger [algo traducible como tener rollo]. Mala is the boss and I love that, because it is also very important that there are female artists up there. At the time we recorded with singers like Dido or Cat Power, but on the last album I missed that flavor. Also because, in today’s world of streaming, the album is no longer alone. You can discover the song for La Mala or someone can discover it for Faithless. There was the idea of ​​bringing the two fan bases together and doing something new. Although the most important thing is the emotion, and that it can reach you through the headphones, but also on the dance floor. Hopefully when we can dance again, this song will be heard at full volume at festivals. That would make me very happy”.

Maria, what did you think of Faithless? Were you a fan?

MR: “For me Faithless is a mythical music group ravera. That is what I understand, the concept that I have had of his music. 20 years ago they were very top, when I was starting they were already like the super more. So working with this woman, who is a goddess … imagine. I am very flattered to be able to participate in your world. She is not only a DJ, but she plays all instruments, she is a visionary ”.

And what did you feel that you could contribute to the original theme?

MR: “My lyrics and my vision. What inspired me that song is what I put into it. With your permission, eh? It wasn’t that I came in, saw the painting and pissed on me. Sister Bliss invites me into her house and I leave a note for her. So that note has to do with him feeling of the song, the energy that she proposes. I liked to stay with the idea of: ‘Dance and bless him’. Bless everything you have, every little thing, because we are right now in a crucial moment, crazy, and all the time they come like monsters, demons everywhere. I thought of the image of the horse, of wanting to get high to escape and change your mind, because we are living in a super tense moment. There are many ideas that have to do with what she raises about isolation, mental health, weakness, that problem of not having emotional relationships or contact with people and, at the same time, being positive ”.

You have done many collaborations with artists of all kinds. What does this have that has not happened with the others?

MR: “When the proposal came to me it was like ‘buuummm…. Headfirst! ‘ She vibrated very easily, I like how I enter her world and how she opens the door for me to feel comfortable too. I was delighted to have met her and to be sharing this little time with her ”.

Sister, you have pioneered your role as a female producer, something almost unusual when you started Faithless in 1995. So many years later, has it improved as much as it seems?

SB: “The problem is still in school, where girls have been moved away from the study of technology and science, and pushed towards more artistic subjects. There is absolutely nothing in a woman’s brain that makes that knowledge more difficult. But things have improved. When I started, we were literally five or six well-known female producers. Of course, there had been great artists like Kate Bush, Joni Mitchell or Aretha Franklin before, but not so many women who were behind the scenes, painting the soundscape. The good news is that you can now self-teach mixing and production techniques on the Internet. I also teach at the university and I see that there are more girls than ever wanting to have knowledge about these things, so I am very positive about the future of music. Women are going to have more control over how their records sound. The change is slow, but it is happening, and especially in techno music, with artists like Nina Kraviz or Amelie Lens ”.

How do you see it, Maria?

MR: “If I don’t see that any aunt is a producer, I think that I’m not going to have the opportunity to be either, so I’m not going to waste energy trying to follow that path. At first, only a few brave ones dared, like Sister. And we need references like that to have confidence and reach more places. But I must also tell you that for women the best is yet to come, because we are the ones who demand things. Having the money and wanting to see them, we are going to see them come true. It’s not that now the industry is changing and being more egalitarian and I don’t know what. No. What happens is that now women consume a lot of music, movies, series … and they want to be represented. We want to see each other well, do you understand? We love us”.