Looking from the steps that leads to the Lincoln Memorial, with an eye on the impressive obelisk of Washington DC, it is inevitable to think about the history that permeates the place, of the struggle for freedom and civil rights.

This is where Martin Luther King rose up against racial injustice with three powerful words (“I have a dream”) almost six decades ago, claiming to fulfill the “real promises” of democracy.

Today, the same city in which he gave his historic speech and which continues to be a regular center of protests, is considered by many to be the capital of democracy par excellence.

But it is also the city where its residents, half of them African-American, they do not have the right to vote in Congress. Its weight in the Legislature is comparable to that of Puerto Rico, with a voice but no decision-making capacity.

It’s about a historical claim, which has been taking place since the 70s of the last century without success but which has recently acquired a new dimension.

“Beginning in 1970, more and more Washingtonians believed that the only way to achieve full rights as American citizens was if Washington became a state (51 of the Union) “, in order to have voting representation in Congress, explains Asch to BBC Mundo.

“The Statehood Movement I’ve never had so much energy and drive like now”.

The House of Representatives held a hearing on March 22 to hear arguments for and against the initiative, and Democrats promised to vote on the law to make the capital a state. before summer.

With the Democratic Party controlling both houses and the White House, the proponents of this initiative find themselves cherishing victory, but their political and social calculus may fall short.

A capital under the exclusive control of the federal government

The founding of Washington DC is enshrined in the Constitution, which established that the district would become “the seat of the United States government” and that it would not exceed 10 square miles (about 16 km2).

The aim was to create a capital of the nation that was not under the control of any state, “due to the humiliation suffered by the Continental Congress in 1783,” the authorities point out on the official website for analysis and interpretation of the US Constitution.

They refer to what is known as the Pennsylvania or Philadelphia mutiny, when “some 80 soldiers, unpaid and exhausted, marched toward the Philadelphia-based Congress, physically threatened and verbally abused of its members, and caused the congressmen to flee the city without the municipal or state authorities taking any action to protect them. “

That particular status led its inhabitants, for example, could not vote in the presidential elections until 1961 and they didn’t even have a delegate – no vote – in Congress until 1970.

“Congress can do whatever it wants in DC, even if its residents disagree, and that’s just not right,” emphasizes historian Chris Myers Asch of the University of Maryland.

Now there is a proposal on the table that proposes reducing that space in which the founding fathers considered that the federal government should have exclusive power: the bill HR 51, drafted by the only representative of the District of Columbia in Congress, the African-American Eleanor Holmes Norton, and who has been presenting every year since 1991.

What he proposes is the following: reduce the capital to about 5 square kilometers that would include the emblematic monuments of the National Mall and federal buildings such as the White House, Congress or the Supreme Court.

The rest would become the 51st state of the Union, under the name of “Washington, Douglass Commonwealth” – in reference to one of the leaders of the abolitionist movement of the s. XIX, Frederick Douglass— thus avoiding, according to its defenders, a constitutional reform.

At the hearing to discuss the proposal, Norton considered that this has been “a historic year” for DC’s fight and that never been closer than now to get the capital to be represented by two senators and a congressman, all of them with voting rights.

The mayor of Washington, the African-American Muriel Bowser (Democrat), also made it clear that it is fundamentally about racial justiceconsidering that African Americans – 46% of the population – are being treated as “second-class citizens.”

However, in that same hearing, the strong rejection of the republican bench, which calls the law an attempt by the Democrats to consolidate power with “two more liberal senators”, DC being one of its bastions.

In fact, the law does not address important issues to be resolved: for example, what would happen to the 3 votes of the electoral college – key in the presidential elections – that DC receives, highlighted in an analysis The Washington Post.

That is one of the questions that the strictest constitutionalists pose. They also consider that the proposal “collides” with the intention of the nation’s founders, arguing that they would never have wanted a small federal jurisdiction surrounded by a single state, the Post reports.

Republicans agree that the only way to turn the capital into a state is through a constitutional amendment.

Some even considered that the district is too “corrupt” and too dependent financially from the federal government, even though DC residents are among the highest per capita federal taxpayers.

“Certainly the Ohio authorities have been subject to multiple political scandals for many years. But no one is suggesting that Ohio should lose its status,” replied Democrat Norton last year, when the lower house held the first hearing on the issue. in a generation and passed the bill in a historic vote.

The initiative, however, died in the Senate, then controlled by the Republicans and today split in two, with the tie-breaking vote in the hands of Vice President Kamala Harris.

Now, it is expected that it will succeed again in the House of Representatives but it will run into the wall of “filibusterism” in the upper house, a controversial tactic that will make necessary approval by 60 votes than 100 senators.

Organizations like 51 for 51 They advocate that the law be approved with 51 votes, as is the case with the confirmation of the Supreme Court magistrates.

And they have led their campaign to all parts of the country, in a move partly credited with the increased popular support that Washington statehood appears to be receiving.

If in 2019 a Gallup poll showed that 64% of Americans opposed making Washington a state, a recent poll by Data For Progress and YouGov Blue shows that in the last year support grew by 8 points, with 43 % of voters in favor.

“I disappeared 51 for 51 in 2019 as an organizer with friends and other Washingtonians. At the time we were traveling all over the country following the Democratic presidential campaign to make sure DC be part of the conversationDemi Stratmon explains by telephone to BBC World.

Several people they encountered on their way through South Carolina or Iowa admitted that they had “no idea” of their situation and were willing to listen.

“We have been fighting this battle forever, but I think now we see a greater movement because people from all over the country are realizing that not only concerns DC. It is a question of civil rights and voting, of national interest “, emphasizes Stratmon. 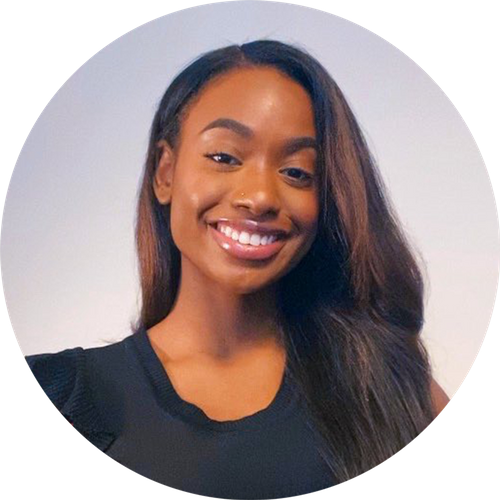 We cannot consider ourselves the leader of the free world if we continue to allow DC residents to be unrepresented. “

Protests against racism and police violence that were seen throughout the US after George Floyd’s death in 2020 played “a crucial role” in all this, says the activist.

But also other controversial circumstances: such as former President Donald Trump ordering the deployment of the National Guard during peaceful demonstrations for the rights of African Americans or the inability of the mayor to order a rapid response to the assault on the Capitol on January 6.

For all this, for the group 51 for 51, the lack of statehood is not only a “stain on American democracy.” It is also a constant danger: “They are putting citizens at risk every day“.