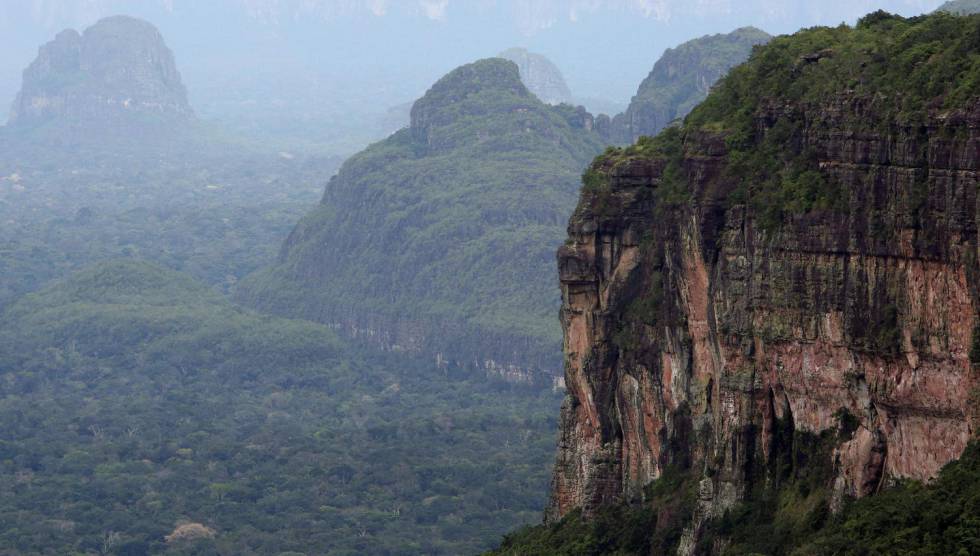 The president of Colombia, Iván Duque, took advantage of his speech before the United Nations General Assembly this week to run as a leader on environmental issues. In his speech on Tuesday, he recognized the accelerated loss of biodiversity as one of the great global problems to highlight Colombia as a power that has half of the planet’s moors and 30% of its territory covered by Amazon rainforest. “We have fought against deforestation like at no other time in the history of our country, so we include the defense of the environment as a national security purpose,” he proclaimed.

“This is how we have reduced deforestation by 19% in the last two years and, through the Artemisa campaign, executed our decision to make diversity a strategic asset,” he emphasized as part of his call to improve environmental cooperation and build a more sustainable world. In a year marked by fire by the pandemic, Colombia had already been chosen in June as the “host” of World Environment Day, also promoted by the United Nations.

In that idyllic horizon that the president drew, however, dark clouds appear. Causes for concern abound. Colombia leads by far the black list of murders of environmental leaders in the most dangerous region in the world for defenders of the earth, according to the most recent report by the environmental organization Global Witness presented last July. In 2019, 64 environmentalists were murdered, the highest figure reported for the country and more than double the number in 2018. In a broader range, it is still the country in Latin America where the most human rights defenders are killed, as warned in March the UN itself.

The forests and tropical jungles that cover half of the Colombian territory are still under siege. Although deforestation was reduced by 10% in 2018 and by 19% in 2019, as highlighted by the Colombian president, with 158,894 hectares of forest destroyed last year, the figures are still alarming. And despite the almost five months with confinement measures in force due to the health emergency, the mafias and land grabbers did not join the quarantine. Environmentalists have warned that deforestation – the main cause of climate change in the country – this year has been rampant, and forest fires have exploded, affecting important enclaves of biodiversity. The Government has committed to keeping it within limits of up to 100,000 hectares or less by 2025, and 155,000 hectares or less by 2022.

Colombia is going through a historic transition four years after sealing a peace agreement with the defunct FARC guerrilla. Expectations for the pact’s environmental dividends were high. However, the disarmament of the rebels and the implementation have not, so far, brought good news for the environment, warned a recent report from the Ideas for Peace Foundation (FIP). “In different regions of the country, deforestation increased and illegal economies such as illicit crops, mining and timber trafficking intensified,” says the think tank in its report. Military forces and environmental protection. “Illegal armed groups and factions of organized crime have consolidated their influence over areas of special ecological importance,” he warns. “In addition, homicides and threats against environmental authorities (especially National Natural Parks officials) and other environmental leaders have increased, which raises great concern.”

The weight of war

The legacy of the war still weighs heavily. Amid the rearrangement of illegal armed groups in remote territories, the FARC dissidents that turned away from the peace process have distributed threatening pamphlets rejecting environmental cooperation projects and expelled at least five areas earlier this year. protected in the Amazon region to park rangers.

In this context, the Military Forces have taken a leading role in protecting the environment, with 22,000 of their members dedicated to this task. Defense Minister Carlos Holmes Trujillo – under growing criticism for the daily excesses of the uniformed men – even announced the creation of an Environmental Task Force. Under the Artemis campaign to which President Duque referred to the UN, it has been seen how the troops raid into National Natural Parks such as Picachos, Chiribiquete, La Macarena and La Paya, according to the IFJ, by stopping on the roles, risks and opportunities that arise when the military is so actively involved in protecting biodiversity.

Colombia, despite its peculiarities, is no exception. In different countries there is a growing trend towards “green militarization”, as the role of the uniformed in conservation and preservation is known. But while the effects are promising in some places, the IFJ analysis notes, in others they have been counterproductive.

It can increase the risk on park rangers, who in the midst of confrontation and crossfire “can be seen as informants or ‘allies’ of the Military Forces.” For this reason, its recommendations include improving the relationship between the environmental authorities and the military, strengthening the capacity of these environmental authorities, and advancing in the implementation of the mechanisms and strategies included in the peace agreement.

In addition to this complex panorama, the Government, also through the Ministry of Defense, intends to return to the controversial aerial spraying with glyphosate to eradicate illicit crops, a step rejected, among many other groups, by environmentalists. “In environmental terms, aerial spraying can drive the expansion of deforestation in biodiversity hotspots,” warned this month a joint statement from WWF and a dozen other organizations. “It can have effects on water sources and native forests, because this herbicide is not selective.”