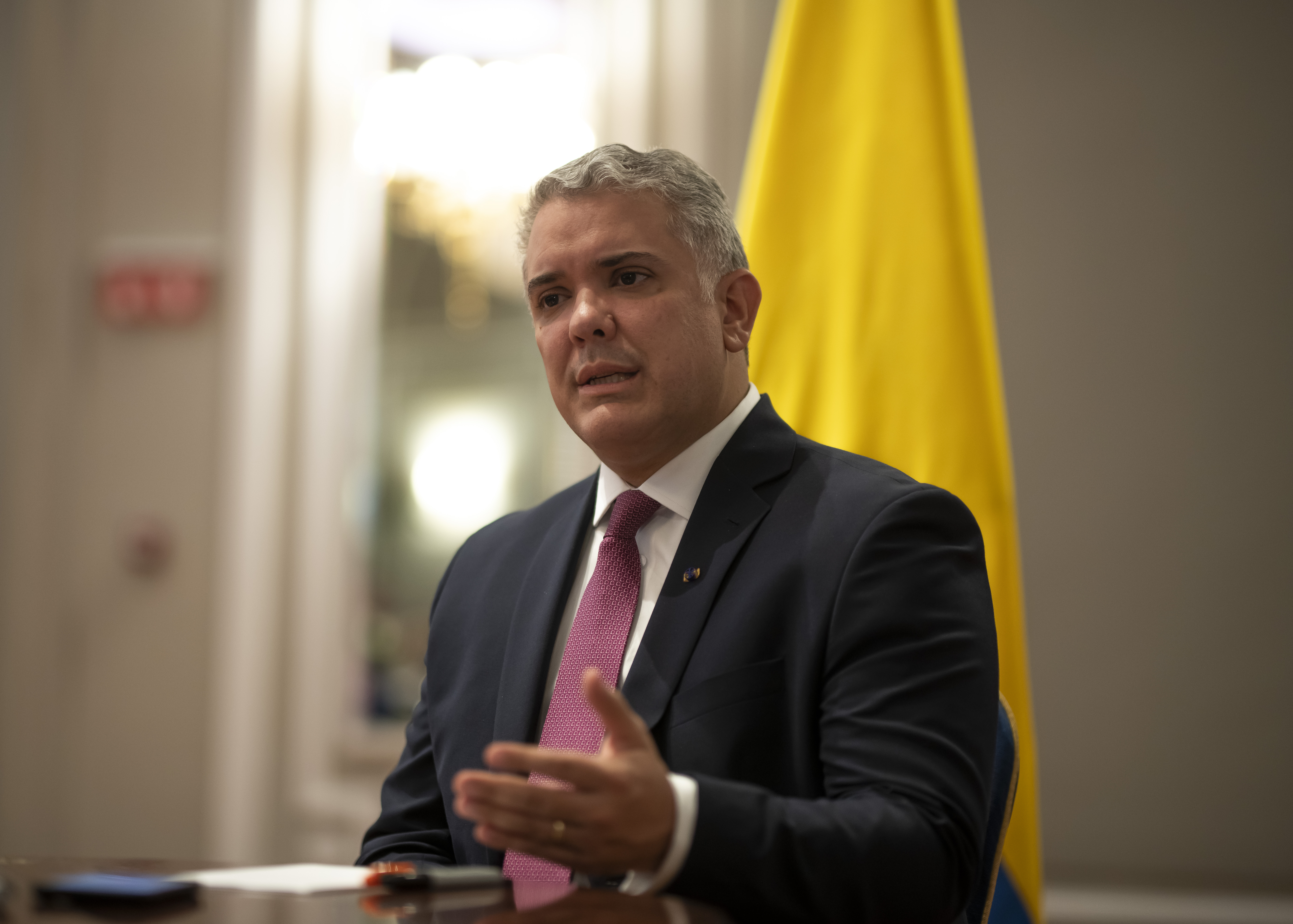 Iván Duque, president of Colombia since August 2018, faces the final stretch of his mandate aware that the wave of protests that erupted in his country last April will irretrievably mark his legacy. The ruler, on an official visit to Spain, strives to display an attractive record for the average citizen in his country and, at the same time, for the foreign investor. Affable and polite, Duque clings to measures such as mass vaccination and improved university education to defend his management. “The moment of the protests helped us to turn adversity into opportunity,” he assures in conversation with EL PAÍS a few hours after landing this Wednesday in Madrid.

Asked if these episodes, which resulted in more than 50 deaths and 2,000 wounded, cloud his mandate, the president quickly turns his focus to another area: “I don’t know if they have blurred it; It was a difficult situation that he faced. The important thing is the structural legacy that we are leaving, centered on equity, with the most important social investment law and tax reform of this century ”. The Colombian leader applies a kind of equidistance in the analysis of the reforms derived from these episodes of protests. These legal changes “guarantee peaceful protest and zero tolerance with any conduct by members of the public forces contrary to the Constitution and with any conduct by a citizen against the public force.”

Despite everything, the ruler, who shows low popularity ratings almost from the beginning, does not evade the episodes of police abuse recorded in those days: “Progress has been made by the prosecution and internal investigations. Decisions have already been made regarding some members of the public forces when there was evidence that their actions were contrary to the Constitution. I hope that before the end of the year we will have a much clearer situation to show that zero tolerance ”. The modifications imply changes for the national police: “A new methodology in the promotion ladder and a modification of the disciplinary regime to be even more drastic with conduct contrary to the Constitution.” With the same emphasis that he uses when highlighting other measures of his Government, he does not hesitate to define that legislation as “the most important reform of the century in the national police.”

If the violence used to contain the protests eroded Colombia’s reputation, a very different measure, the regularization of Venezuelans who fled to the neighboring country, received, just two months earlier, high international praise. “Those 1.8 million people were already in Colombia, but they were invisible. With the temporary protection status, before the end of the year there will be a million people covered and another 800,000 in the first semester ”, he promises. Knowing that this group also arouses some suspicion among Colombians, Duque emphasizes the aspects of that decision that improve citizen security and scare away labor competition: “Any migrant who commits acts against the law is now registered, the law can be applied to him . And that Venezuelan who was paid below what a Colombian earned can no longer be hired for less. The studies we have carried out show that fraternal and well managed immigration represents something positive for economic development ”.

This framework gives him the opportunity to venture that the gesture “cannot be unlimited” and that it is essential “that Venezuela make a rapid transition to democracy.” Duque avoids showing full confidence in the dialogue process that has recently opened between the Venezuelan government and opposition, but concedes: “Due to international pressure, the dictatorship [en referencia al régimen de Nicolás Maduro] he has had no choice but to sit down at the table. It is a very important achievement. But the objective has to be presidential elections quickly ”.

Also Read  Refueling across the border from Zamora

Despite outlining these political reflections, Duque tries to separate his speech as little as possible from the purpose that brings him to Spain: to present his country as a fertile ground for investment. The president, who meets this Thursday with the King and Pedro Sánchez, aspires to be able to secure from Spanish companies “an investment of more than 2,000 million dollars [1.692 millones de euros] for the next few years ”. His work at the head of the Latin American country will end much earlier, after the May 2022 elections.