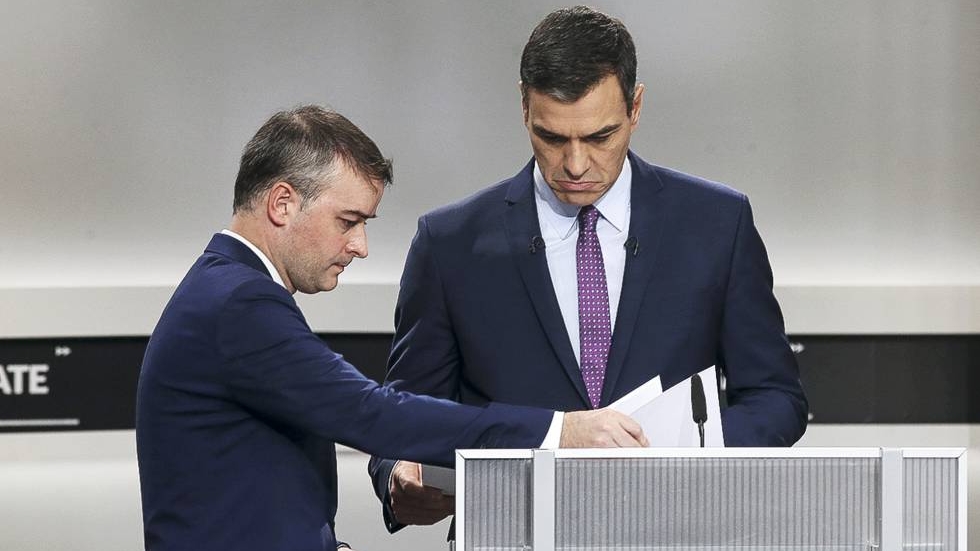 Pedro Sánchez had been maturing the biggest change of government in democratic history for weeks. He doubted whether to do it in July or in September, but finally the reception of the pardons, better than expected even in the PSOE, where the last federal committee was very calm, and the constant speculation with the names, ended up deciding him. The atmosphere was ripe. It had to be done now. Sánchez has an important trip to the United States the week of 20 and had another to the Baltic republics between Tuesday and Thursday of the past, so the window was tight.

Finally, in close contact with Félix Bolaños, who was one of the few people who was in on the secret of the entire operation, Sánchez decided to do it this weekend to introduce the new hires over the next few days and then go on a trip to the United States. UU before beginning the final stretch of the political season with a decisive conference of presidents to discuss European funds.

On Wednesday, the president’s team canceled its participation in an act of the PSOE on Saturday. Everything was already underway, although very few knew about it. Most of the key pieces, especially the departure of the two heavyweights from Sánchez’s hard core for years, Carmen Calvo and José Luis Ábalos, were determined. Also the incorporation of new faces, up to seven, especially five women from the next generation of the PSOE, was already in the head of the president.

Sánchez has opted for mayors with projection and political weight in their communities, who make way for future leaderships, but also for people who were closely linked to the candidacy of Susana Díaz in the traumatic primaries of 2017. It is his way of sewing the party to definitively leave behind the civil war that broke the PSOE and ended with his dismissal and subsequent recovery of leadership.

All that was clear, and also the idea of ​​rejuvenating the Government and launching an image of modernity that according to some polls its Executive, worn out by the pandemic and the defeat in Madrid, was beginning to lose rapidly.

But a key piece of gear was missing. The role of Iván Redondo, the chief of staff. His departure was the biggest surprise of the remodel announced on Saturday. Nobody expected it. Not even the team of the chief of staff, who thought that on the contrary, would occupy a greater power after the reshuffle.

There are different versions of what happened between Sánchez and Redondo in recent weeks. The environment of the chief of staff insists on ensuring that the president’s guru since 2017 has left of his own free will for personal reasons, tired of the wear and tear of a position like that and more in a pandemic. They even point out that he already proposed his departure in 2019 and Sánchez did not accept it and now he has done it again, but this time permanently. They say Redondo didn’t ask for anything, he just left.

However, other high-level sources, although they admit that it is true that Redondo had on occasion dropped the possibility of returning to the private world, do not agree at all with this version.

In recent weeks, according to this version that circulates with much more force among the best-informed circles of the Government and the PSOE, several conversations between Sánchez and Redondo on the reshaping of the Executive and the role of his chief of staff had taken place.

After his last appearance in Congress, where he left his usual space of shadows – he does not grant interviews or give speeches in public – to engage in a tough debate with the opposition, Redondo seemed to mature, according to various sources in the Executive, the idea of make the leap to greater public exposure also as a way of defending against attacks by the opposition and some media, which had chosen it as a target. He liked the experience, and wanted to expand it, according to this version.

Redondo then proposed a solution to Sánchez, which also solved, in his way of understanding, some dysfunctions in La Moncloa. He would be the new Minister of the Presidency, and from there he would control the heart of the Government, the work that Carmen Calvo had done until now, which collided with Redondo on multiple occasions precisely because he wanted to occupy more and more power.

Sánchez, who always takes his time, matured the proposal, which was on the table for a while. With Calvo and Ábalos gone, that meant making Redondo the number two de facto of the Government, which would control the strategic commission of undersecretaries, which Bolaños will now preside, which was finally the one chosen by the president for that key position.

Bolaños was surely going to be a minister, but in this scheme that Redondo proposed, it could have been Justice, for example. The idea was on the table for a while. Some even argue that it was more an idea of ​​Sánchez than of Redondo. But the truth is that it was finally discarded.

Sánchez did not see it clearly, government sources point out. It did not seem like the right position for his guru, more expert in marketing and political communication than a man of management like Bolaños.

Little by little Redondo, who had considered the idea of ​​taking the leap to definitive control of the heart of the Government and beginning to have public exposure, realized that the president was not going to give him that position. Until on Saturday, with the decision matured, Sánchez informed him that not only would he not be minister of the Presidency, a position that he had reserved for Bolaños, but that he would not be his chief of staff either.

By that time, according to these sources, Redondo already had enough of his departure and the terms of the end between the two were not bad. Sánchez is grateful to the one who has been the key strategist in his electoral campaigns and in many of his political operations. Although he did not name it in the farewell, and that led to think that the break up had been traumatic, it was not. They looked good, but many in the PSOE, who were suspicious of Redondo, celebrated his departure and the entry of Óscar López, former Secretary of Organization, as a great success for the party.

In fact the socialists are now euphoric with the new government. Although many of the faithful to Sánchez are especially hurt by the departure of Ábalos. It was the former Minister of Transport, according to various sources, who stated that, if he left the Government and, therefore, everyone was going to see that he left the hard core, it made no sense to continue with the PSOE Organization secretariat.

Now it will be Adriana Lastra and Santos Cerdán who will pilot the game until the October congress. Lastra thus reinforces his internal role after the departure of two of the five permanent members of the hard core of Sanchismo since he arrived in La Moncloa and much earlier – Lastra, Ábalos, Calvo, Cerdán and Bolaños – in addition to Redondo.

With Calvo and Ábalos, first-time sanchistas, there have been no underlying problems or strange reasons, according to these sources, despite the abrupt departure of the organization secretary has dislodged many. It was just wear and tear. The president came to the conclusion that they were burned and needed a total turnaround to face the new stage and turn around the wear and tear detected by all the polls, according to these sources.

The new team will now dedicate the summer to greasing the machinery – it is a radical change with many structures to be redone – to start September with strength. It is almost a new Government, also thinking of a new PSOE.

Almost everything changes, except for one thing: Sánchez continues to command, perhaps more than ever. And with the departure of Redondo, he has made it very clear that in a team of power no one is essential except the leader, who makes all the decisions. Anyone who tries to break that logic is doomed to fail.