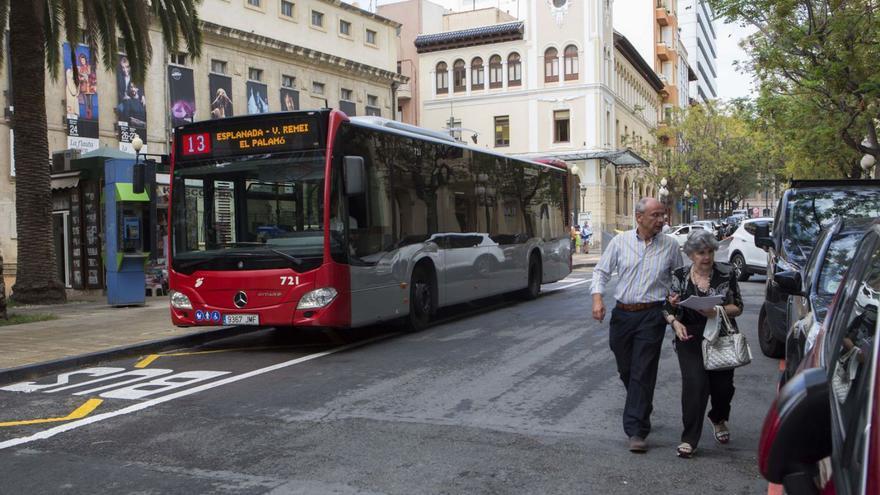 This situation, beyond delaying the resolution of initiatives, may put at risk the works financed with the last remaining treasury, which have at least to start this year to justify their inclusion in the 2021 Budget. Among them are pedestrianization of the Traditional Center (Constitution axis), in addition to the construction of the park in the PAU 2, the remodeling of the Street Saint Matthew, the reform of San Blas park, the regeneration of the new Square, the repair of roads of rural games damaged by DANA, the renovation of the park The Palm Grove or the escalators ofl Central Market, together with the renovation of the Pitiu Rochel or artificial grass in three football fields from the city. It may also be in the air, due to the high volume of projects that have accumulated this end of the year in the Contracting area, the implementation of the fifth container, the construction of the deterrent car park in San Gabriel or the expansion of the Museum of Contemporary Art.

Among the projects to be financed with a remainder that have not yet been activated in Contracting, according to official data, are the Urbanova cycle and pedestrian walkway (which has been announced since the beginning of the mandate, with a 3.5 million budget), the redevelopment of the plot for the future command of the Civil Guard, the improvements in the Plaza de la Montañeta or on the boulevard of the avenue Oscar Esplá, among other.

The urban regeneration of the Plaza Nueva, with the elimination of the aquarium, is financed with a remainder, as is the comprehensive reform of the Plaza de San Blas. | HÉCTOR FUENTES / PILAR CORTÉS

At present, according to the public data contained in the State Contracting Platform, the Alicante City Council (apart from the boards of trustees) has ten initiatives pending resolution (already awarded, for about 1.8 million euros). Among them are the construction of the San Fernando Castle walkway and the repair of damages caused by DANA in September 2019.

However, the largest number of initiatives are in the evaluation phase, that is, in the active search for a successful bidder. Specifically, according to the data provided by the State Contracting Platform, 49 projects are waiting for the company, for a tender budget of almost 40 million euros, which will be reduced in the final award. In this phase there are initiatives financed with remnants such as the remodeling of the Central Market stairs (247,000 euros), the reform of the Plaza Nueva and adjacent square (593,000 euros), the remodeling of the Pitiu Rochel pavilion (1.9 million), the supply of two thousand organic side-loading containers (1.7 million), the refurbishment of the Virgen del Remedio park (97,000 euros), the reform of the San Blas park (3 million), the pedestrianization of the Traditional Central (1 , 95 million), the construction of the PAU 2 park (1.7 million) and the urban development on Calle San Mateo (947,000 euros), among others. There are also contracts for millionaire services such as the conservation and maintenance of the electrical installations of the Alicante City Council (8.8 million) and the maintenance, conservation, repair, modification and operation of the traffic light signaling facilities and their communication and control elements and surveillance of city traffic (7.8 million).

In a more initial situation there are seven projects, for 2.8 million, that have just entered the Portal and that are waiting to close the deadline for receiving offers. Among them is the drafting of the reform of the Town Hall.

Jam in Contracting by the end of the year: 56 projects worth 43 million