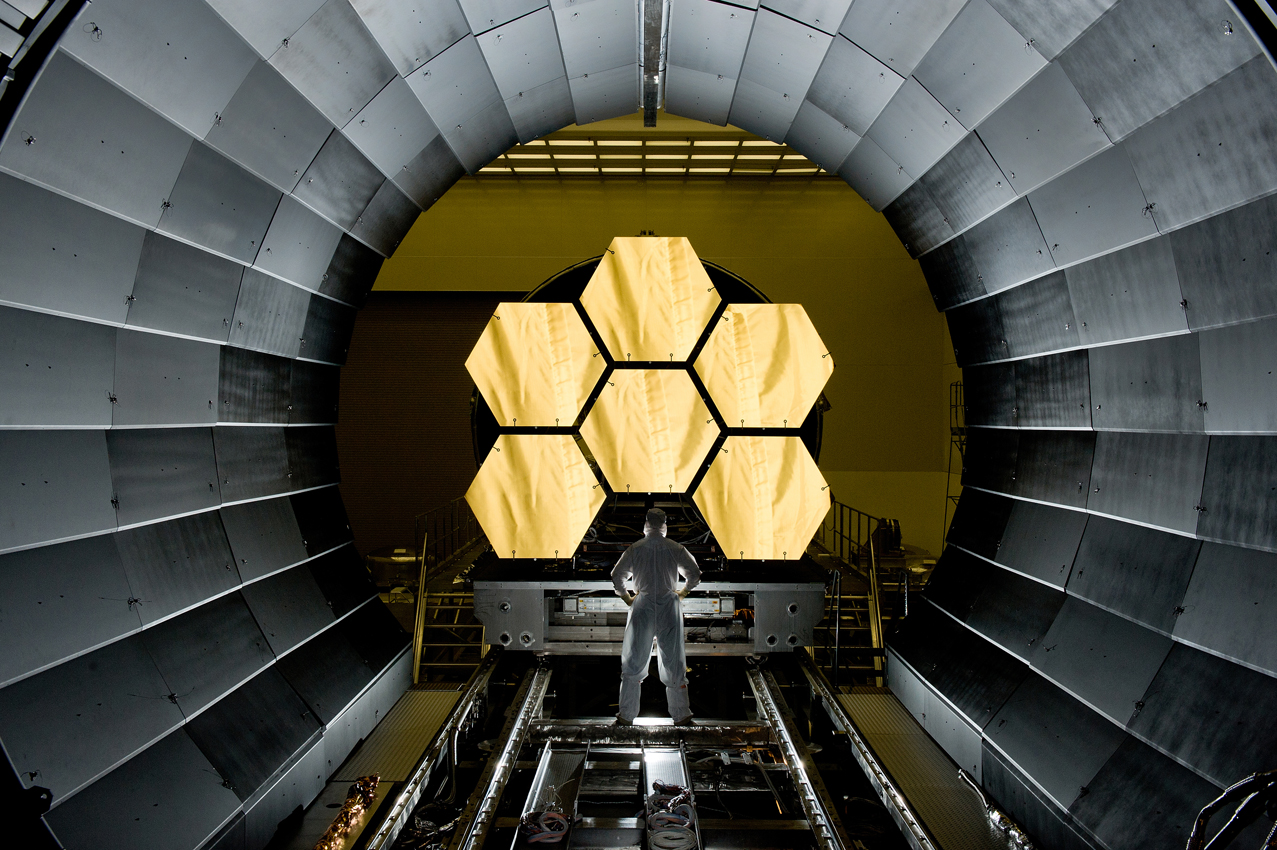 Astrophysicists around the world are becoming more and more nervous at the expectation that finally this year, in October as scheduled right now, what was originally known in 1989 as New Generation Space Telescope (NGST) and later baptized as James Webb Space Telescope (JWST) in honor of one of the first directors of NASA. The JWST is a telescope two and a half times larger than the Hubble, which is equivalent to a photon collecting capacity about seven times greater. Not only is it larger than the telescope that has helped us the most to understand the universe in the last almost 31 years, it also operates in a unique area of ​​the spectrum, the near and mid-infrared, ideal for studying the origins of the universe. galaxies, stars, planets and, by extension, our existence.

The nervousness among scientists is not only related to the prospects of learning much more about the cosmos. Also with the fact that the JWST project has not traveled an easy path to get here; As a sample, it has not been released yet when the first expectations they were to be done in the first decade of the 21st century. But even more disturbing is what remains to be done until the telescope takes the first astronomical images and leaves us speechless in less than a year.

Currently the JWST is in Redondo Beach, California, south of Los Angeles, finalizing the tests that will end in the coming weeks if the pandemic allows it and will leave you prepared for your trip to Kourou, in French Guiana, from where it will be launched. And here comes the first great danger of the next few months, one that seems like a lie in our times. The transfer of the JWST was approved years ago, after abandoning the International Arms Traffic Regulations (ITAR) and the management of the State Department of Munitions (USML) Americans, infrared technology can imagine where it comes from. The trip will be made by boat, there are no planes that can handle the telescope, not so much because of the 6000 kilograms it weighs, but mainly because its size is gigantic, like a tennis court. So the observatory that has cost almost 10 billion dollars, 15% paid by the European space agency ESA, will have to spend a month at sea, crossing the Panama Strait (don’t miss the Suez Canal!) and be subject to inclement weather. But surely the most dangerous will be … the pirates!

The JWST operates in a unique area of ​​the spectrum, the near and middle infrared, ideal for studying the origins of the universe, galaxies, stars, planets and, by extension, our existence.

Indeed, the exact date of JWST’s ship departure from California is being kept secret to protect the jewel of astrophysicists of the next decade from pirate assault. They might be on the prowl, called out by the fact that the telescope mirror It is coated with gold, which offers perfect performance, reflecting more than 98% of infrared photons (by comparison, the bathroom mirror reflects 90% of visible light). For something it has been called the astronomical “Golden eye”, and its golden appearance is truly spectacular. But in reality, the observatory only has a few tens of grams of the precious metal in a thin reflective film, one-tenth of a micron, the size of a speck of dust, on top of a beryllium structure of about 20 kilograms. Gold then doesn’t seem like much of a loot to pirates, but we are talking about a $ 10 billion contraption!

It is not the first time that there is a story of pirates around a telescope. In the 90s of the last century, the telescopio milimétrico James Clerk Maxwell already had a hacking incident. Transportation from Europe, where it was built, to Hawaii, where it is still operational today, was complicated and they had to find a ship urgently. The one who finally picked up the telescope had more plans than to give astronomers data as soon as possible, specifically to take explosives to the Pacific. He arrived a couple of months later than planned and, to get rid of the penalties for being late and charge for the transport as if nothing had happened, the captain stayed in international waters with the telescope as a hostage, threatening to throw it into the sea if not charged everything. Only a piracy lawsuit and the intervention of the Hawaii Coast Guard managed to rescue the observatory, with the ship’s captain being detained.

When JWST reaches Kourou safe and sound, the concern will not abate. The rocket that will launch JWST is European, a Ariane 5. It has a 95% success rate, only 5 out of 109 launches have failed in 25 years. That the last ruling is only 3 years ago will not help to be calm. In fact, in the last 2 weeks it is getting in doubt the launch in October, they want to check some systems of the Ariane 5. Nothing wants to be left to chance so that JWST sees the most distant lights of the universe as soon as possible, and the launch it is a critical moment.

If all goes well with the Ariane 5, we will have another terrifying moment. The Webb is launched with the mirrors and solar panels folded, so that they do not occupy so much and protect them. Once in space, the observatory must expand its solar panels, unfold its 6.5-meter mirror and put in place another mirror, the secondary one, of almost one meter, all controlled with precision of one billionth of a meter, a distance only 10 times greater than the width of human DNA. And the maneuver must be carried out in an environment with temperatures of less than -200 ºC. Many things can go wrong, but everything has been tested multiple times.

The JWST telescope will be used by astronomers around the world, and here we want to highlight many of them in the Astrobiology Center (CAB), let’s sweep home. From the CAB, we will take data from the first stars formed in galaxies in the space-time confines of the universe, or we will study the atmospheres of extrasolar planets, looking for biomarkers. And we will also keep very attentive to studies that try to verify the conditions of the oceans below the icy surface of Europa and Enceladus and their potential habitability, the formation of the first supermassive black holes and their possible essential role in the evolution of galaxies, and a multitude of projects. All exciting, but first, the final sprint of the launch of the telescope is going to be shocking.