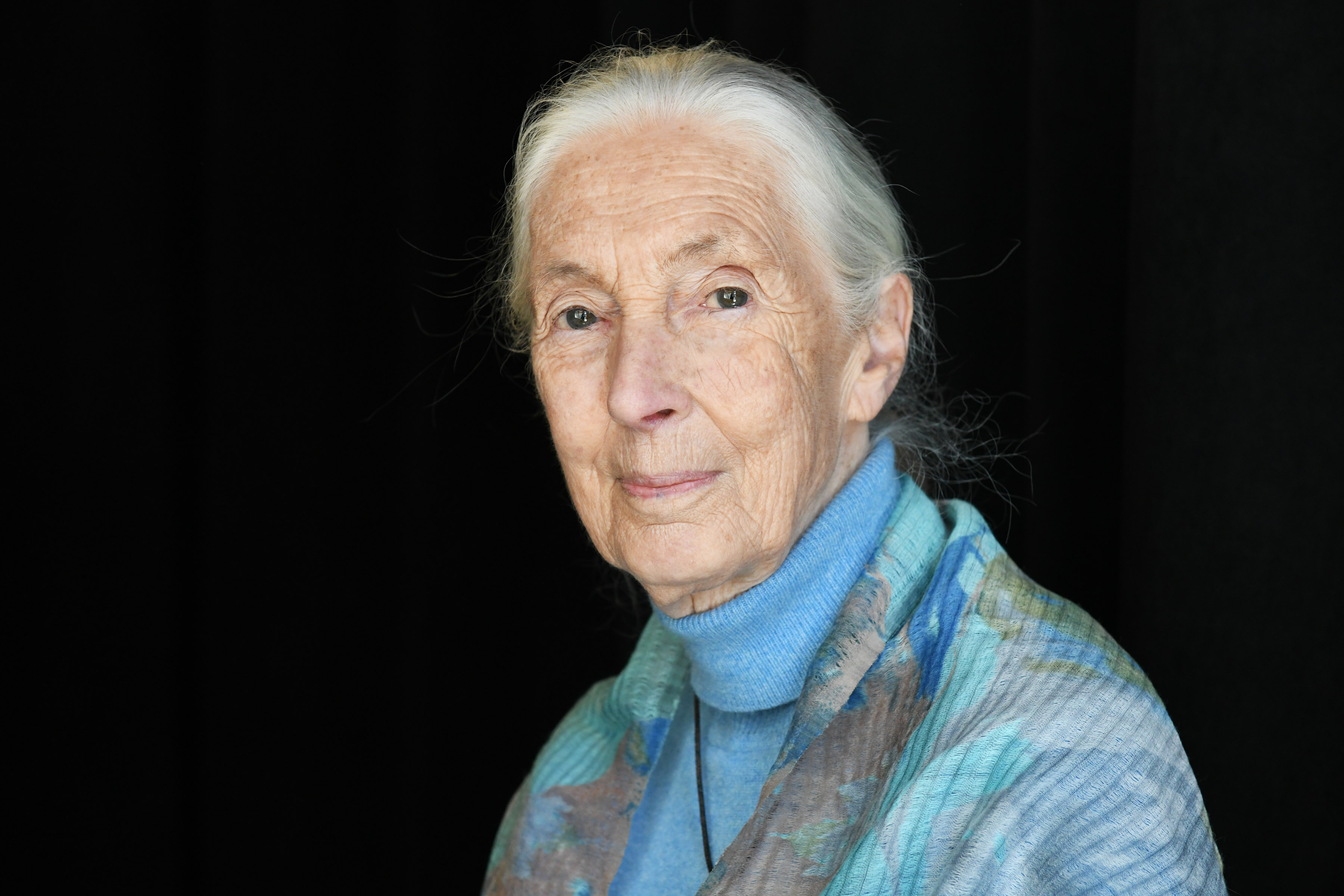 Jane Goodall (London, 1934) answers questions by videoconference from the house where she grew up, in Bournemouth, in the south of England. Behind her are several photographs, of which she herself highlights two: a portrait of her mother, the novelist Vanne Morris-Goodall, and a snapshot of a chimpanzee, David Greybeard, the first who in 1960, in the Gombe reserve (Tanzania), showed him how he managed to catch termites with the help of a suitably stripped and bent stick, helping Goodall to demonstrate to the Homo sapiens he’s not the only one being able to use tools.

Goodall, 87, publishes today The book of hope. A survival guide for difficult times (Paidos). It sounds somewhat fragile, but at the same time determined. He never tires of repeating his message: there is still time to save the planet. Let’s not lose hope. In the past week, in line with the words of the Spanish Minister of Consumer Affairs, Alberto Garzón, intervened in the debate on intensive farming. Goodall —Prince of Asturias Award for Research in 2003, Lady of the British Empire and founder of the Jane Goodall Institute in Spain— is aligned as it can not be otherwise with Garzón. He affirms that we must take measures to improve the “terrifying, painful and fearful” lives of millions of animals.

QUESTION. What would you say is the underlying issue in the debate on intensive agriculture?

ANSWER. The problem is that when we talk about animal rights, people take it as black or white. In reality, what we have to do is reach agreements to calmly reach an objective. We cannot close all the macro-farms overnight, but we can work to improve the living conditions of the animals trapped in them.

If you want to support the development of quality journalism, subscribe.

Q. What should be the first commitment, the first step?

R.The most urgent thing is that animals are not confined in tiny spaces. All pigs should be able to move. The young should not be taken from their mothers at birth. All animals should be allowed to spend time outside on the grass. And in the slaughterhouses they work so fast that many animals do not arrive conveniently stunned at the time of skinning. Nor should they be made to travel long distances to obtain their meat. We would have to transport them once they are dead and frozen. All this will not happen all at once, but if citizens believe that this is what should be done, we have to take steps to achieve it, develop laws…

Also Read  The most confusing day in the "raia"

Q. What is your position on animal rights?

R.Some people do not understand well and think that when you talk about animal rights, you want to give the same rights to animals as to humans, which is ridiculous. But it is important not to forget human responsibility and try to find an appropriate way to treat animals. They don’t deserve to be caught and trafficked across the planet. That has brought us back this harmful pandemic. All religions on the planet have a golden rule: “Treat others as you would want them to treat you.” We shouldn’t treat animals the way we wouldn’t want to be treated.

Q. And how should we do it?Well, what I think is that before we approve something like that we should be 100% sure that we can properly store radioactive waste, that we know without a doubt that this will not come back to haunt future generations. In the ocean there are still containers of radioactive waste that were released and can break at any time.

R. My opinion is that animals should be free in the wild.

P. What do you think that the European Commission has proposed that does nuclear energy count as green energy?

R.Well, what I think is that before we approve something like that we should be 100% sure that we can properly store radioactive waste, that we know without a doubt that this will not come back to haunt future generations. In the ocean there are still containers of radioactive waste that were released and can break at any time.

P. May I ask you the meaning of your vote regarding Brexit?

R. Against, of course.

Q. How are things going?

R.I think we will see very hard economic data soon in the UK, there is a lack of people with knowledge in different sectors simply because we have fired them. I never thought I’d get ahead.

Q. Children instinctively know that animals are similar to us. I find it hard to believe that until you did it no attempt had been made to prove that animals are intelligent. Didn’t we want to see it?

R.Only certain sectors of the population remained blind to this reality. Charles Darwin talked about the feelings of animals and everyone made fun of him. The Church played an important role in this setback, they wanted us to be completely differentiated beings at all costs. If you look at Buddhism and other Asian religions, they always believed that we share intelligence and emotions with animals… Just like the indigenous people. So only part of the world bears the responsibility.

Q. What is life for you? How do you define what it means to be alive?

R.Being alive is being aware of everything around us. Take our time to be able to live. Right now I’m looking out the window and I’m seeing the tree that I liked to climb when I was a little girl. To be truly alive we have to be alive every second. And be open to love and joy, respect and compassion. These are the things that make up a living being.

P. You speak of hope. But hope is something that, after all, we all have. What value then has your message?

R. The conditions that we have created ourselves are causing people to lose hope. And when we lose hope we get very angry and become aggressive or deeply depressed, even suicidal, or we don’t care anymore. I would like to give people a reason to hope, because without hope, why bother? We have to take charge somehow. If you are concerned about the environment, as is the case with many people, do not think globally, think locally, protest that change in your neighborhood that you think will be bad for the environment, write letters with your protest, ask that a mall in that forest near your house. And if you convince your neighbors, you will feel good. And so, little by little, we will recover hope. And later we will begin to see the problem in a global way, when we realize that there are more people who are doing the same thing.

In an earlier version of this interview, due to a translation error, Jane Goodall said: “There are those who ask for the same rights for animals as for humans, which is ridiculous.” What Jane Goodall is actually saying, though, is: “Some people misunderstand and think that when you talk about animal rights, you want to give animals the same rights as humans, which is ridiculous.” This bug, which was also in the headline of the previous version of this part, has been fixed.

Thanks for reading THE COUNTRY