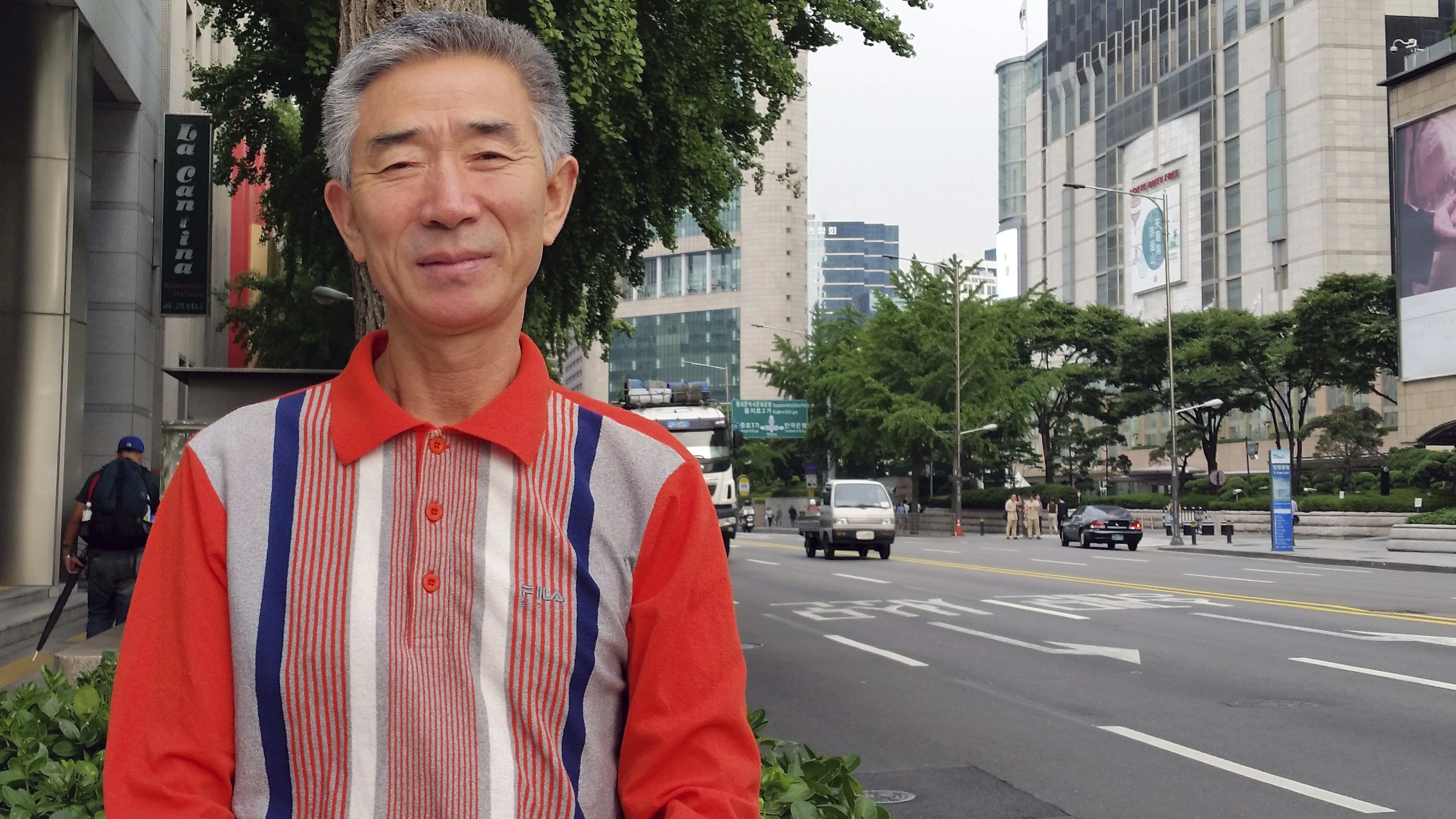 Gay and North Korean, Jang Yeong-jin’s early life seemed hopelessly headed for misfortune. His destiny was broken when he decided to escape the country and cross the border into South Korea, a process that he recounted in 2015 in his memoirs, A Mark of Red Honor (A mark of honor red), become an international success after being translated into English. The book, however, does not include a final chapter: at 62, Jang has finally found love.

Her fiancé is an American restaurateur whom she met last year through a dating website. After a few months of digital conversation, Jang decided to visit him on the other side of the Pacific. Although the first impression was not good – “When I saw how he dressed, I assumed he was a rude and rude man” – during confinement the rubbing ended up making affection. “The more I got to know him, the more I could see his good character,” he detailed in a recent interview with the BBC. “Even though he’s eight years younger than me, he’s the type of person who cares about others first.” Shortly after, he asked her to marry him and Jang accepted.

It will be the second wedding for the North Korean. The first, decades ago, served him to realize that something was wrong. He was 27 years old when he married a woman in his home country, but on the wedding night he was not able to “put a finger on my wife.” Years passed without the couple having children, until he finally confessed to his brother that he had never been attracted to a woman. He reacted by taking him to the doctor immediately.

Jang didn’t know what was wrong with him. “Homosexuality is not a concept in North Korea,” he says. Relations between persons of the same sex, in fact, are not punished by the regime or have specific legislation, although the official media characterize them as a symptom of “the moral decadence of the West in contrast to the purity of socialist values.” After visiting several hospitals where his “anomaly” did not receive a response, he ended up being discharged.

He tried to divorce his wife so that she could continue with her life, but the authorities did not grant it. It was then that she decided to escape the country: that would make him an outlaw, her marriage would be annulled, and she could remarry. Her sudden attraction to a childhood friend made it clear that her marriage was hopeless. In April 1997, after a failed attempt across the Chinese border, he crawled through the mines of the Demilitarized Zone that separates the two Koreas until he reached the other side, one of the few defectors to do so.

The closet door in a magazine

According to protocol, Jang was subjected to several rounds of questioning by South Korean intelligence forces. In his case, the process took longer than normal because he was reluctant to confess the true motive. His escape aroused media attention and when he opened a magazine looking for an article about him, he found, on the adjacent page, a text on homosexuality, illustrated with an image of two men kissing. “When I saw that, I knew right away that he was that kind of person. That’s why I didn’t like women ”.

From then on he became a regular at gay bars in Seoul, but he would soon discover that deception does not understand sexual preferences. His first partner, a flight attendant, scammed him and ran away with all his possessions and most of his savings. Coming from a totalitarian state, the inability of the police to track down a subject frustrated him.

Jang became ill until he was hospitalized, as a result of which he lost his job in an industrial factory. At a stroke of the pen he had lost money, work, health and love. Submerged in misery, he managed to overcome this new pothole thanks to his efforts to capture his tortuous life trajectory in a book. While working as a cleaner, he wrote his memoirs, which were released in 2015.

In literature, he found a refuge from the guilt he feels for the impact that his escape had on his family: several relatives were deported and six, including his mother and four of his brothers, died. “Writing (…) is the only way I can make it up to them.” Now, in love and engaged, he prepares his second wedding, knowing that the most important part of a story is not the beginning, but the end.