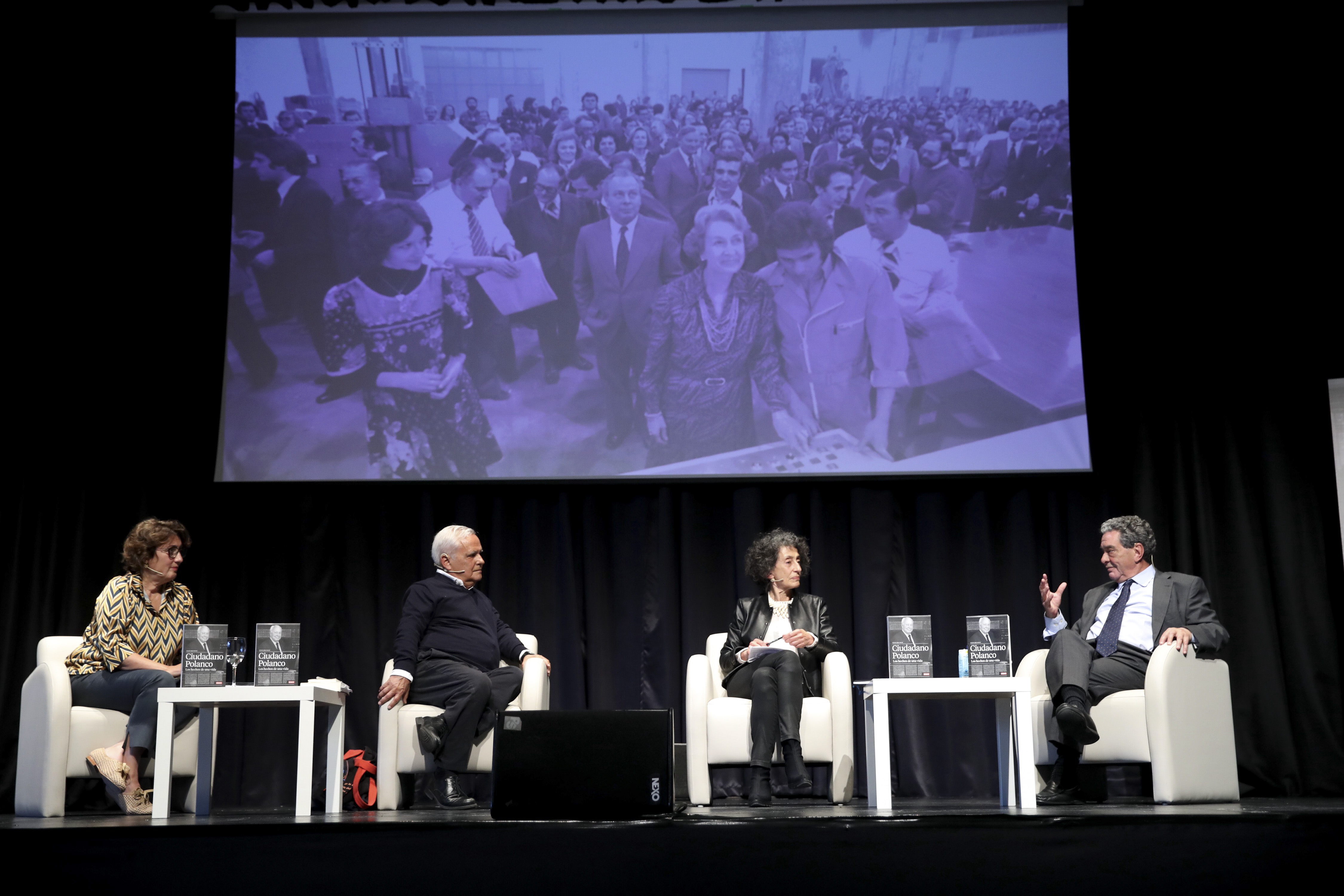 He was an entrepreneur who built the most important Spanish-speaking media conglomerate. It revolutionized the publishing and media industry. The figure of Jesús Polanco (Madrid, 1929-2007), founder of EL PAÍS and the PRISA group, was fundamental in the Spanish Transition, but his voice, even when political power reached unusual limits to shut it down, was hardly heard. Polanco did not give more interviews than the fair ones. But one of the many times that he had to go to court for lawsuits against his company Sogecable, the judge showed him a bulky dossier that included everything that had been said against him, in articles and books. Polanco understood then that at some point he would have to tell his story.

That is why one day in January 2003, his then wife, María Luz Barreiros, bought a tape recorder and gave it to the journalist and writer Juan Cruz. She had convinced her husband that it was time to tell her life and she had chosen him to convey her voice. That voice that, explains Cruz, “especially after his death ran the risk of remaining silent, because Polanco represented in his time, so recent, a way of understanding journalism that contrasts with that which now makes rumors the terrain that it was the regular on the news ”.

Polanco received Cruz at his home, the first of many Mondays, with a phrase that he wanted to be the title of the book that would be born from those conversations: “The facts of a life.” He didn’t want to answer the critics. He just wanted to tell the facts of his life. This is how Juan Cruz remembers it in the book that was born from those conversations, and that almost 20 years later sees the light, under the title Thereudadano Polanco, the facts of a life (Editorial Debate).

As his biographer Mercedes Cabrera recalled this Thursday night, at the presentation of the book in Madrid’s Círculo de Bellas Artes, Polanco “always showed his incomprehension due to the distance between the image that one had of him and what he thought of himself. ”. That “Jesus of the Great Power”, as he was called by those who contemplated how he was building an empire of letters, “wanted the good for his companies, but above all for his country”.

The Polanco citizen, Cruz reveals, read his newspaper in the morning. Like any other citizen. “He never meddled in the nuclear issue of the operation of a newspaper,” Cruz recalled that he was assured by the four directors that EL PAÍS had during his life (Juan Luis Cebrián, Joaquín Estefanía, Jesús Ceberio and Javier Moreno). “That is why I call Polanco a citizen. Because he had interests in a newspaper, but he did not want those interests to be above those of the citizens ”.

Polanco understood that “the media have to submit to rules that are conducive to independent media,” explained Augusto Delkáder, one of the founders of the newspaper, who recalled how in a Shareholders’ Meeting in June 1980 the businessman won the battle for approval of the Editorial Statute of EL PAÍS, an instrument to guarantee the independence of journalists, a cornerstone of the journalism that Polanco defended. Delkáder pointed out that this idea of ​​journalistic independence, novel in that situation of recently released democracy, was brought by Polanco from his previous work at the Santillana publishing house. “With that baggage of respect for intellectual property, for those who make the books, Jesús Polanco came to the newspaper,” he said. And Cruz added: “It was out of respect for ideas and people. The respect of a reader to those who are telling what reality is “.

Mercedes Cabrera went a little further, and sought in Polanco’s own privacy his respect for independent journalism: “He would have liked to be a journalist. But at one point he tries and realizes that it is not worth it. That’s where his absolute respect for the profession comes from ”.

Even in the persecution he suffered from the PP Government, and from a judge (Javier Gómez de Liaño) who ended up being expelled from the race for prevarication in the Sogecable casePolanco showed, according to Cruz, respect for everyone. “He respected the people because he respected this country,” defended the author. “Polanco loved many people very much, even people who did not love him”

The facts of a life, that of Jesús Polanco, are those of the exciting second half of the 20th century in Spain, of which he was a discreet but fundamental actor. But his project spread throughout the Spanish-speaking world. “To whatever country you went, Santillana was there,” says Delkáder. “Polanco was a genuine Latin American”, explains Cruz, “of all countries, including Brazil, which was his last initiative, seconded by his daughter Isabel Polanco, who was Santillana’s thin advisor, died a year after him and was emerging as the successor of the group that he founded precisely to value culture and education in American countries, and which is a co-star of the book ”.