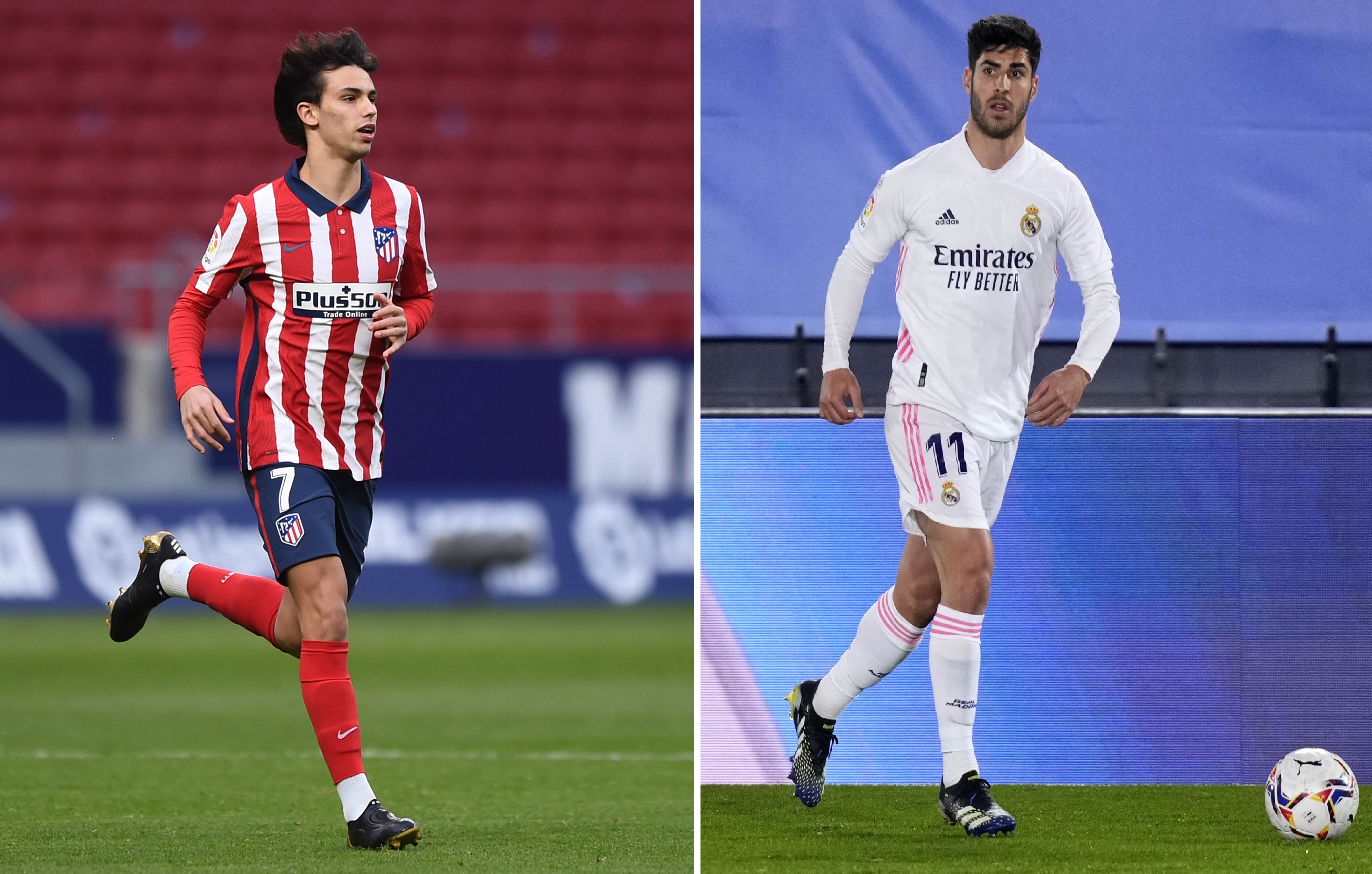 The history of football is full of similar processes. Players with a huge talent already contrasted who at a certain point in their career see their projection slowed down for different reasons. Doubts arise. Normally, from the outside, there are no logical explanations for this drop in their performance and those interested, from their silence, enter a state of confusion that undermines their productivity.

João Félix (Athletic, 21 years old) and Marco Asensio (Real Madrid, 25) are currently immersed in this phase of misunderstanding. Each case has its context, but both have a common denominator: their current benefits are pure intermittence; quality flashes without a minimum of continuity. Pure irregularity. Lack of trust.

João Félix goes in and out.

“I fully understand what is happening to him. Something similar happened to me at his years. He had talent and wanted to live off it, not do what he didn’t know how to do, defend. I also collided with coaches who did not understand me, Cholo type, until I found one, like Antic, who did understand me. The worst thing is that he was not so young anymore. The kid is not a great defender and he will never be. He has a tremendous talent and he has to be patient. Sooner or later it will be among the top five in the world ”. The one who expresses himself this way is Milinko Pantic, the former Atlético player – summoned this Wednesday at 6:00 p.m. with Athletic, in the duel postponed by the January storm – pigeonholed in the squad of the gamers.

After a spectacular start to the season, seven goals in the first 10 official matches, the Portuguese was entering a phase of accelerated confusion, as he noted that Simeone no longer considered him essential: three goals in the last 19 games. Substitute in the last two in the league, Villarreal and Real Madrid, he has only started 12 of the 25 possible games (he lost two due to covid and one due to injury) and in 10 of them he was substituted. He has played 1,253 minutes out of 2,250 possible.

The player’s unhappiness is experienced in his reactions. He responded to the change in Valdebebas in the first round match against Real Madrid with a kick to the stands and a few days ago he celebrated his goal in Villarreal with gestures and accusing words in the direction of his team’s bench. Simeone appears calm: “He has talent, let’s give him time.”

Pantic is confident that coach and player will find the right balance. “El Cholo knows what he has in his hands, but he doesn’t marry anyone. He wants João to defend like Saúl, or like other players, and that cannot be because he does not have the qualities to do so. The kid is a diamond, he needs land. He also has to get the chip from Cholo. All coaches have weaknesses. I’m not saying that I have to do the ball for him, but I do understand him, get closer, know that he has to do some of the things he asks of him. Simeone says that João is a rebel. It is logical, he does not want the talent that God has given him to be taken away from him ”.

Asensio, a headline in crisis.

His case does not converge with that of João, but it falls within the same framework. He does have the full confidence of his coach, who has given him ownership in the last eleven games, although not oblivious to his poor performance, Zidane has replaced him in the last five. He missed the first two in the league due to injury. Of the remaining 24, he has started in 16, being substituted in half. He has only played a complete one, against Huesca. In the other eight he entered throughout the game. He has only scored two goals and has given two passes on goal. Zidane has used him interchangeably on the right and on the left.

Rafael Martín Vázquez, from his experience as a prodigy footballer, when he debuted at 18 years with Real Madrid under the command of Di Stéfano and having also suffered an injury as serious as Asensio’s, has a different perspective to be able to understand what It happens to the Mallorcan. “People who may be more or less close to him have commented that he has entered a time when it is difficult for him to take risks. Of course, with 20 years he was more daring. Now he’s self-conscious. Try the right thing. It does not face. It’s a shame because tremendous potential is being wasted. And even more in these circumstances, with Hazard injured, he could have taken command ”, he points out.

He didn’t particularly like Sunday against Atlético. “When he did not slip, he made the uncheck to the opposite side of where he had to do it. I was totally out of the game. When you play in those positions, out of five times at least two you have to try one on one and unbalance. It has so much quality that the little it does always means danger. It is an incredible waste. Knowing what is going through your head is difficult. The image he projects is of not wanting to take responsibility. Take a step forward, say here I am, give me the ball… ”, he explains.

Finally, Martín Vázquez affects last season’s injury. “You would have to know how his knee is physically. I had that injury, more serious if possible because it was the triad and I know that it is difficult to gain confidence and even in the end you never get to be the same as before, but I see him well in that aspect. It may have been scared, I don’t think. If it is not related to the injury, it is a shame because he has the confidence of Zidane ”.