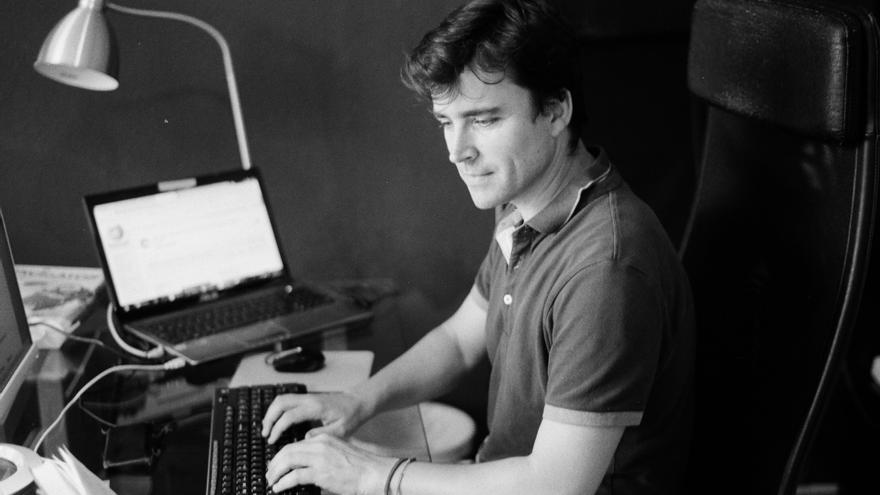 Joaquín Fernández-Valdés. He is a literary translator from Russian and English, and a sworn interpreter from Russian into Catalan. Graduated in Slavic Philology from the University of Barcelona, ​​he received a scholarship to further study at the Moscow State University (MGU). Every summer he participates in the “International Days of Russian Literature Translators” organized at the Lev Tolstoy Museum-Estate in Yásnaia Polyana.

– He is the author of the first translation of ‘Guerra y paz’ ​​into Spanish of the XXI century.

– For years I have collaborated with the Alba publishing house in the collection of classics directed by Luis Magrinyà, where all the classics of universal literature are being retranslated. The proposal was from Magrinyà himself. He had translated three of Turgenev’s novels for Alba – ‘Fathers and sons’, ‘Nest of nobles’ and ‘On the eve’ – and they believed that another translation of ‘War and peace’ was necessary.

– I have gone to the original, but when you are faced with the translation of a classic that has already been translated, you have to read it to know what has been done before. But above all I have worked on the Russian original and with the audiobook, because in Russia there is a tradition of converting the entire classic work to audiobook, read by famous theater actors, with very good pronunciation and cadence. So I have been totally immersed in the text, both visually and audibly.

– Four years of submersion are many?

– I couldn’t faster because I am a very slow translator. I don’t know how to work fast. Furthermore ‘War and Peace’ is a very long text (1,700 pages) and it is very complex at all levels.

– Explain in the introduction that he has been very respectful of the original, with its repetitions and subordinate phrases.

– We start from the text of the canonical edition. Tolstoy’s style is complex, with very long sentences and many repetitions, and sometimes the tendency is to iron the text a bit. It is very difficult to reach a perfect balance between Tolstoy’s way of writing and a text that can be read in Spanish, but the goal has been to be as faithful to Tolstoy’s style as possible.

– The most obvious is the extension. It is a tiring job, you are correcting while you are translating, but you have to always keep going, it is a long-distance race. On the other hand, in ‘War and Peace’ there are very specific aspects in the history of the 19th century in Russia, with very specific names of artillery, parts of the uniform, military ranks, a lot of philosophy.

– Do we desterramos the paranomasia, ¿es justo el aphorism of ‘translator, traitor’?

– I like to put before that phrase the one that Umberto Eco used to say: “Without translators, universal literature would not exist.”

– Of course, without translations, each country would only have its national literature. Translators are essential for universal literature. As Pushkin said, translators are like the posthorses of culture, so ‘traduttore, traditore’ is an outdated phrase.

– Where does your attraction to Russian literature come from?

– Since I was little I have been fascinated by the Russian world. I started studying piano at the conservatory with the Russian pianists. Then I studied Russian, then Slavic philology, and there it was clear to me that I wanted to be a translator, because I had Russian literature teachers who were translators like Ricardo San Vicente, or Helena Vida. Then I started attending a Tolstoy translator’s seminar that was organized in Tolstoy’s house in Russia, Yásnaia Poliana, the farm where he lived that was organized by Selma Ancira, another of the great translators of Russian and of Tolstoy in particular. All that baggage prompted me to translate Russian literature.

– Since you’ve been to Tolstoy’s house, do you understand the setting more?

– This seminar was organized in summer and I was in eight consecutive editions. Walking through the places of Tolstoy, in his house, in the tomb …, makes for a very great emotional closeness with the author. Also, you can position yourself very well physically, because there are many elements of ‘War and Peace’ that are autobiographical, with many characters based on their ancestors, their parents and their grandparents.

– The prolific work is noticeable.

– I have left my skin. I am a slow translator, but I turn my back at work.

– He had already translated Russian authors. When did you get the ‘War and Peace’ proposal that goes through your head?

– My first impulse was to say that I did not dare. Because of the size of the work, because I’m slow and I thought I was going to spend my whole life translating ‘War and Peace’, but in the end I jumped on a train that passes once in a lifetime.

–‘War and peace’ is the Iliad of modern literature?

-Yes, one of them for sure.

– The first two books of the first volume are overwhelming.

-There are two facets in all of Tolstoy’s work, the narrator and the philosopher, which are inseparable. From the third and fourth books, in the second volume, he insists a lot with his theory of what history is, great men, free will, predestination or fatality. It is true that the reader wants to know who Natasha is marrying. ‘War and Peace’ has many levels of reading. The plot, with its historical characters, and another is metaphysics and its spiritual plane, which is reflected in the scenes that have to do with nature -the old oak, the great comet-, which are a reflection of divinity.

– That is why Tolstoy writes the article “Some words about ‘War and peace’ as an excuse for the third and fourth books?

– ‘War and Peace’ was first published in a magazine [El Mensajero Ruso] In installments, and given the criticism received, he considered it necessary to write as a kind of justification for why there was so much French in a Russian work, or because there were differences between what he explained about historical events and what historians had said.

– The initial list of characters is appreciated, as well as the map.

– We saw the list of characters clearly so as not to get lost. There are more than 550 and I insisted a lot so that we include the diminutives of each name, because in Russian there is the official name and its diminutives. For those of us who know Russian it is very obvious, but if suddenly a character that was Natalia is Natasha, you don’t know that it is the same. Throughout the translation I made a map with the most important geographical points of the novel, very necessary for the reader, to know where Smolensk is, which is 60 km from the Bolkonkis’ estate.

– Tolstoy’s literature is universal because it touches on the two basic themes, life and death. ‘War and Peace’ is permeated with that, and with the final conclusion Tolstoy always reaches, that the only thing that matters in this life is loving others.

– Some passages of ‘War and Peace’ are more visual than a Netflix series.

– It is very visual and with a fast-paced action. Kidnappings, duels, battles, deaths, deceptions … It has a part of a soap opera that captures the reader a lot. But there are so many layers to ‘War and Peace’.