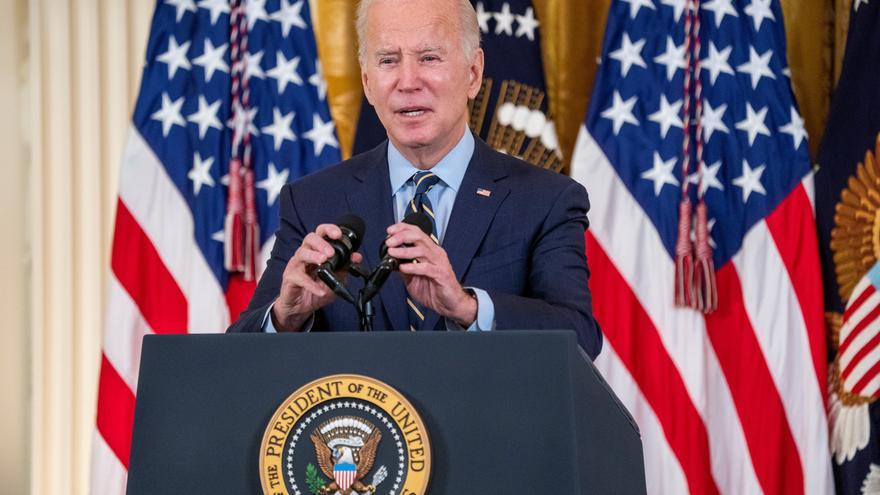 The American President, Joe Biden, and several of its European allies, including France and Germany, on Monday asked Russia to reduce tension on the border with Ukraine before a possible aggression or invasion by the Kremlin.

This was reported by the White House in a statement, in which it explained that Biden shared his concern about the conflict between Russia and Ukraine in a call with several European leaders: the president of France, Emmanuel Macron; the Chancellor of Germany, Angela Merkel; the Prime Minister of Italy, Mario Draghi; and the Prime Minister of the United Kingdom, Boris Johnson.

“Leaders discussed their shared concern about the Russian military concentration on the borders of Ukraine and the increasingly harsh rhetoric of Russia, “stressed the US presidential office.

This call between Biden, Macron, Merkel, Draghi and Johnson occurred a day before the US president talks with his Russian counterpart, Vladimir Putin, on the growing tensions on the border between Russia and Ukraine.

The conversation between Biden and Putin, the first between the two leaders since their summer meeting in Geneva, Switzerland, comes at a time when the US intelligence services They believe that Russia could try to invade Ukraine in early 2022.

In fact, US Intelligence estimates that Moscow has about 70,000 soldiers deployed, along with equipment and artillery, on the border with Ukraine, and suspects that it may be preparing an attack that would arrive in early 2022, according to official sources cited by US media.

In that statement, the White House said that Biden and his European allies agreed that diplomacy, especially through the Normandy Format, “It is the only way forward to resolve the conflict” in Donbas (Ukraine) through the implementation of the Minsk Accords.

Likewise, the leaders underscored their support for the sovereignty and territorial integrity of Ukraine and they agreed that their respective teams will remain “in close contact” to monitor the situation.

The United States Government also reiterated on Monday its “unwavering” support for sovereignty, independence and territorial integrity of Ukraine in a call between US Secretary of State Antony Blinken and the Ukrainian President, Volodímir Zelenski.

In another statement, State Department spokesman Ned Price noted that Blinken and Zelenski agreed on the need for a peaceful and diplomatic resolution of the conflict in Donbas and the full restoration of Ukraine’s sovereignty over its internationally recognized borders, including Crimea.

Ukraine aspires to join NATO as the best defense mechanism against the threat of the Kremlin, which annexed the Crimean peninsula in 2014 and openly supports the pro-Russian separatist republics of Donetsk and Luhansk.