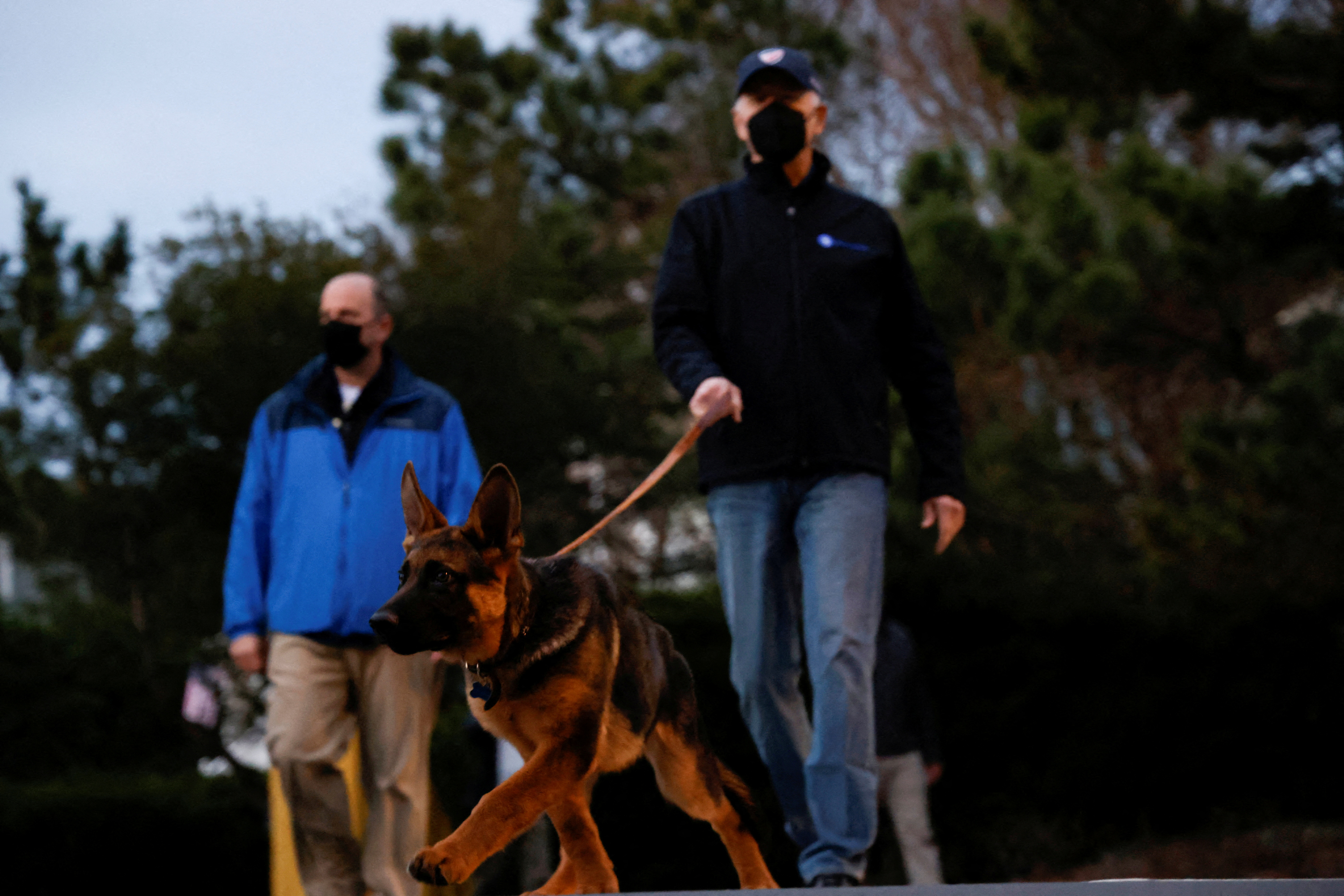 Joe Biden welcomed on December 21 the winter of his discontent with the speech that no president would want to give on this date. He did not speak of good wishes or Santa Claus, but of booster doses and the distribution of 500 million free tests to stop the advance of omicron, the variant that also dominates the American coronavirus landscape (with 59% of cases, according to the latest data from the health authorities).

The latest script twist of the pandemic has put a gloomy finale to its 2021, marked by the chaotic exit from Afghanistan, the division in the Democratic party and the Republican castling, the consequent legislative blockade of its star plans, a rearmament of Trumpism, the unusual shortage crisis in the country of abundance and inflation, which registers figures never seen in 40 years. The picture is completed, away from home, by the Russian challenge in Ukraine and the increasingly long shadow of China on the geopolitical board.

The president’s approval ratings are at a low since he was sworn in in January. The latest Gallup poll, published on the day of the omicron-speech, it gives it 43% (it reached 57%, at the beginning of January and April). No president, save for Donald Trump (36%), had fallen this low by the end of his first year. And few left more supported by the dawn of a new day like Biden. Perhaps it was not received with as much enthusiasm as Barack Obama, but with relief among large sectors of the population for leaving the previous four hectic years behind.

Ten months later, another poll, published in November by NBC., set at 71% (eight points more than in August) the Americans who considered that the country is going astray. The feeling of pessimism underlined her after a few days The New York Times, with the publication in its printed edition of a special supplement entitled Cheer up America! in which he lamented for a country “once agile and exciting”, which “now limps and writhes”, whose “bold and expansive political imagination has atrophied” and is only capable of “dreaming small dreams.”

Also Read  Djokovic, an uncertain future after his expulsion from Australia

The main article was signed by Daniel Immerwahr, historian at Northwestern University, near Chicago, and author of How to Hide An Empire (How to hide an empire, 2019), best-seller on the expansionist image of his country in the world. Immerwahr explains in a telephone interview that the United States has been “since World War II an optimistic nation that was also perceived as the most powerful.” “That is changing. Eight years ago, when the question was asked whether this was the best country in the world, 70% of those surveyed answered yes. A recent study by the Chicago Council on Global Affairs shows that only 54% already think so. And it’s also a matter of age: a similar study by the Pew Center found that respondents under the age of 30 were much less in love with their country than those over 50. In general, our exceptionalism is on the retreat, ”says Immerwahr.

“The mood is bleak, and it’s understandable,” Susan B. Glasser wrote this Thursday in her summary of the year in the magazine The New Yorker. “It cannot be said that sanity, competence and courtesy have precisely returned to Washington; a return of normality is not guessed either. Biden, it is now clear, promised what he could not deliver to a divided nation. ” And that is transparent in the minds of Republicans (93% feel disappointed), independents (90%) and Democrats (48%), according to the NBC poll.

Will things change in 2022, the year in which parliamentary control will be resolved in mid-term legislative elections? For now, January will begin with the memory of the attack on the Capitol, the darkest hour in the recent history of American democracy. It will also be the moment of truth for its ambitious package of social spending measures, dubbed Build Back Better (the infrastructure plan went ahead in November). It started as a $ 3.5 trillion project (about three trillion euros), has been reduced to 2.2 trillion and still seems unable to overcome the opposition of the Democratic Senator of West Virginia Joe Manchin, who stated in a recent interview that he does not intend to vote in favor, except after stripping it even more of its content. In both that law and in the far-reaching voting reform, Democrats face a slim majority (the 100 seats in the upper house are split 50%) and the rampant polarization of Washington, which in practice makes a deal almost impossible. between parties, essential to carry out a far-reaching legislative reform (which requires 60 votes).

Also Read  Black Friday 2021: Amazon is ahead with early offers

Inflation is added to the parliamentary gangrene, perhaps the economic indicator that most influences the collective spirit. 61% of Americans, according to Gallup, have the impression that the economy is going badly (a mistrust unprecedented since April 2020), even though prominent analysts publish denials these days in the form of articles. “He improved more in Biden’s first 12 months than any president’s in the past 50 years,” Matthew Winkler, former editor of Bloomberg News, wrote last week. Until the reality of 2022 is pronounced, it is true that the economy has expanded by 5.5%, unemployment fell to 4.2%, wages have risen, the Stock Market has broken records and business profits are the highest since 1950.

Even Christmas has been saved: purchases have arrived on time to their destinations, according to ShipMatrix, a logistics industry consultant, despite the dark omens of the global supply crisis that erupted this fall and despite warnings such as those of Republican Congressman Jim Banks (Indiana), who wrote in an internal letter to his party members: “We have to explain to the electorate what grinches who live at 1600 Pennsylvania Avenue [dirección de la Casa Blanca] they have done to Christmas ”.

What Blanks did not foresee is that the Grinch, an ominous fictional character conceived in the 1950s by Dr. Seuss, who has ended up spoiling the holidays for Biden, has actually been the combination of two variants of the coronavirus, delta and omicron. The president has spent his vacation this week in Rehobot, a beach in his native Delaware, receiving reports of a daily record of infections after another, news of suspensions of thousands of flights home for Christmas and criticism because the tests he promised in his appearance on December 21 will not actually arrive until well into the month of January.

Also Read  The United States defends that Spain is "a reliable ally, a partner and a friend" despite the departure of 'marines' from the Morn base

He has enjoyed at least these days the comfort of Commander, a 16-week-old German Shepherd that his brother gave him for his 79th birthday. For completing the helpful appointment of Richard III Shakespeare’s, that dog is the closest the American leader has seen in the winter of his discontent to a glimpse of the York sun, which remains to be seen for his Administration, and for the United States, in 2022.

Subscribe here to the newsletter of EL PAÍS América and receive all the informative keys of the current situation of the region.