John Clayton, the longtime ESPN football reporter nicknamed “The Professor” for his breadth of knowledge about the NFL, died Friday in Washington state after a brief undisclosed illness, his family told ESPN.

“His wife Pat and sister Amy were at his side and communicated earlier he passed peacefully after a brief illness,” his longtime ESPN colleague Chris Mortensen tweeted. “We loved John. We are mourning his loss.”

Clayton’s five-decade career began when he was still a senior at Duquesne University, hired by the Pittsburgh Press to cover the Steelers. But he rose to prominence in his 20-plus years at ESPN, where his bespectacled appearance and encyclopedic knowledge of football won him wide admiration. 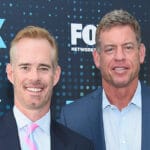 After leaving ESPN in 2017, he spent the last five seasons spent as a sideline reporter for the Seattle Seahawks Radio Network and hosted the “John Clayton Weekend” show on Seattle Sports 710. Just 10 days before his death, he detailed the Seahawks’ trade of quarterback Russell Wilson to the Denver Broncos.

“The Seahawks are heartbroken to learn of the passing of John Clayton after a battle with a brief illness at 67,” the team said in a statement. “We send our deepest condolences to Pat and the Clayton family.”

Other tributes quickly poured in.

Sean Salisbury, a former NFL quarterback turned TV analyst who sparred with Clayton for years in the weekly “Four Downs” segment on ESPN, offered his own tribute. “I am heartbroken,” Salisbury tweeted. “John was family to me. We have been friends since 1986. He has been a weekly guest on my radio show for years. We have remained close since our Television days.” 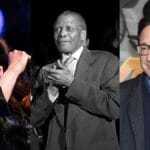 In addition, many remembered Clayton’s self-deprecating manner of leaning into his egg-headed persona, including a memorable commercial for “SportsCenter” in which he peeled off his coat and tie to reveal a sleeveless Slayer t-shirt and long ponytail.