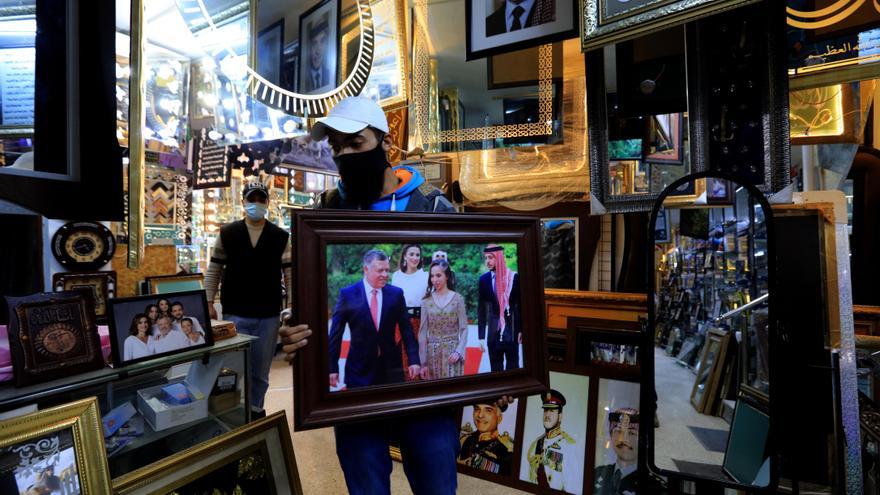 Jordan has buried the alleged plot led by the former crown prince and half-brother of King Abdullah II, Prince Hamzah bin Hussein, who according to the Royal House has pledged to abide by the rules of the ruling Hashemite family and the procedure established by the monarch to resolve the conflict.

The main Jordanian newspapers highlighted on Monday how the prince’s alleged plot was ended, after an arrest campaign last Saturday, in which between 14 and 16 people were arrested, apart from a former counselor of the Court and a member of the royal family.

The daily “Al Rai” stated: “Aborted a plan to undermine the stability and security of Jordan” and “Buried sedition in germ”; “Al Dustur” also referred to the “burial of sedition”, and the newspaper “Al Gad” went further by announcing the defeat “of the conspiracy of the delusional”.

Mediation of the king’s uncle

Abdullah reiterated his intention to resolve the conflict with his stepbrother, who has been held at his home since Saturday, within the channels of the ruling Hashemite family and named his uncle Al Hasan, brother and successor for 34 years of the previous monarch, Hussein. , to mediate with him.

After communicating with Hamzah, he “confirmed that he agrees to abide by the rules of the Hashemite family and the procedure indicated by the king to Prince Al Hasan“, indicated the Royal House in a message on its Twitter account.

Hours earlier, the king’s half-brother had released a new video, longer than the one from the weekend, in which he defended himself and revealed that the high military commanders told him that he could not go out or communicate with other people or use Twitter.

Also Read  Taro Kono, the political maverick who could be the next prime minister of Japan | Japan

“I am not part of any conspiracy or a nefarious organization or group supported from outside, as always is the statement for anyone who expresses an opinion, “he said in the recording sent by his lawyer to the British television channel BBC.

Once again, the king’s half-brother has lashed out at “the incompetence that has prevailed in our governance structure in the last 15 or 20 years” and the corruption and the interests of a few who are above “life and dignity. of more than ten million people who live here. ”

In addition, denounced the repression in the kingdom, which, he said, “has reached a point where no one can speak or express an opinion about anything without being harassed, arrested or threatened.”

The prince said he was alone with his wife and children at his home, where he has been held since Saturday, although the authorities denied that he is under arrest.

For his part, the Chief of Staff of the Jordanian Armed Forces, General Yusef al Huneiti, said today during maneuvers by various special forces that the Army is prepared to face “any attempt to undermine the security of the State and destabilize the kingdom”.

In statements collected by the official news agency, Petra, Al Huneiti stressed that the Armed Forces, “In addition to facing all kinds of threats on the borders” of Jordan, they also face any internal threats.

Likewise, Al Huneiti highlighted the Army’s commitment “to the duty to the nation and the Hashemite leadership” of King Abdullah II, whose figure has not been questioned during the current crisis, although his government has been harshly criticized by his stepbrother.

Jordan receives all the support

“Without a doubt, the danger has passed because Jordan and its leadership have gained the support of the great powers and leaders of the Arab world, and the government can easily handle the matter without external pressure,” former Jordanian Information Minister Samih told Efe. Maayta.

Russia was the last to show its support today for “the efforts of the legitimate authorities of Jordan and personally of King Abdullah II”, after the United States, the European Union and the main Arab countries, in addition to Turkey and Iran, did.

“All Jordanians want this matter to be resolved within the Hashemite family,” added Maayta, who however called “unprecedented” Prince Hamzah’s alleged activities against the security of the kingdom.

“I have been surprised to learn that Prince Hamzah has carried out activities of this caliber, coordinating with these people who have been arrested.”said the former minister, who stressed that this goes beyond “the right to freedom of expression and criticism of the Government.”