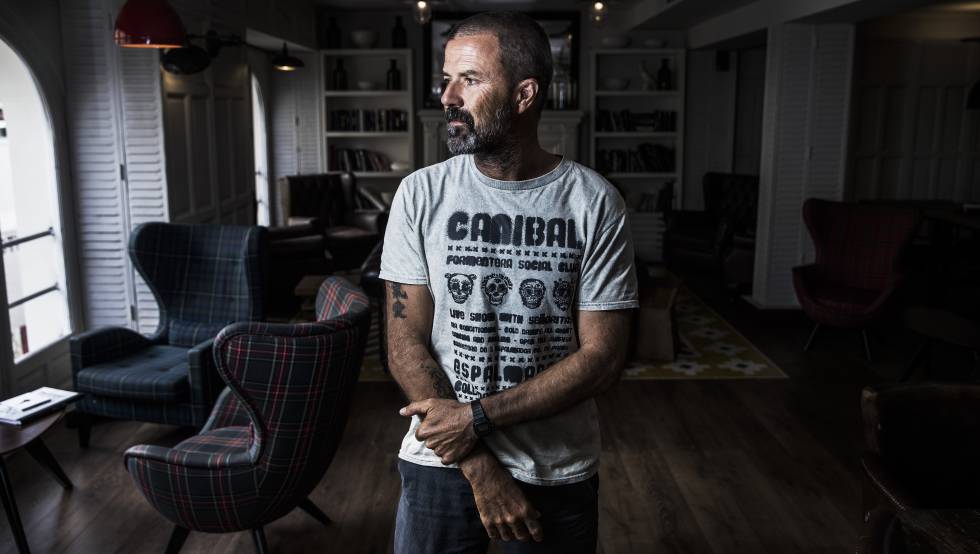 “You have the strength of a lion, you are fire, dynamite. You have courage, toughness, elf, wisdom. The cunning, the beauty of a black panther, which at night can see what others cannot see during the day ”, Pau Donés sang in Brave one of his last published topics before passing away from colon cancer. A song included in the album Swallow or Spit (2020), which just one year after his death, on June 9, 2020, has been covered by close friends from the singer’s musical field. The tribute was just one of the many expressions of affection that took place in the early hours of this Wednesday. The comedian and journalist Jordi Évole, who was closely associated with Donés, published this morning on his Twitter profile his own interpretation of Shouts.

The day we presented Pau’s docu in Malaga, a woman said that for her “doing a Pau” was daring something she had never done before. And that’s what I do today.
After the first year without Pau Donés.
It goes for you.
And today (10:30 p.m.) at @LaSextaTV, Tribute #ThatYourMeDas pic.twitter.com/n3VDC8vsnA

“Pau wrote this song in tribute to wetbacks, to all those people who are forced to cross borders illegally to find a better world and life, leaving their past behind and not caring about risking their lives. Pau had planned to record the video clip of the original song with his friend Pau Gasol in mid-summer 2020, the idea was all drawn and they had even already closed dates for filming, unfortunately it could not be, since the disease advanced his departure, to now he has become the protagonist of his song ”, explains the Donés family, in the statement sent to the press. An initiative promoted jointly with Micky Forteza Rey. “The first time I heard the demo of the song by BraveIt touched my heart so much that when we were in the studio recording and it played, it broke my soul. At the end of the whole album, I had the need to sing the song to Pau on guitar and voice, because he really is the Brave man here. So I spoke with Marc Donés [su hermano], and going down from the Aran Valley together in the car we discussed it. This is how the idea of ​​this tribute began to grow ”, adds the producer of Jarabe de Palo in the same message.

In addition to the involvement of Forteza-Rey, this special version has had the participation of the members of the band that rose to fame with La Flaca in 1997: guitarist David Gnappos, Jorge Rebenaque, Jordi Mena as well as other world names of music such as Jovanotti, María Roig, Carlos Tarque, María Rodríguez La Mari, Víctor Uris, Nerea B and Ismael Romero, among others. All of them, great friends of the Aragonese singer.

Since early in the morning of this Wednesday, the memory of Pau Donés has been present on social networks, where the artist’s name has become a trend and where many of the expressions of affection have been expressed in tribute to the singer in the first anniversary of his death. To the video published by Évole, which ends with an affectionate “a kiss for Pau”, other messages have been added such as that of Luz Casal, who on her Instagram account poses with the shirt with the slogan “Living is urgent”, a project promoted, among others, by the musician’s family to raise funds for cancer research. “I will apply this phrase in my day to day and thus it will be a way to keep Pau present”, ensures in a post Couple.

Pau Donés died on June 9, 2020 after a relapse of colon cancer that was diagnosed five years earlier. In September of that same year the documentary was released in theaters What you give me, the most watched in Spain in the last 10 years. In it, Donés received Évole, the interviewer, at his home in the Arán Valley with a phrase about his already deteriorated physical appearance. “This is how I look now that I am sick with cancer. Seeing someone who is going to die gives a bit of respect, but you have to normalize it, “he commented, just a few weeks before his death.