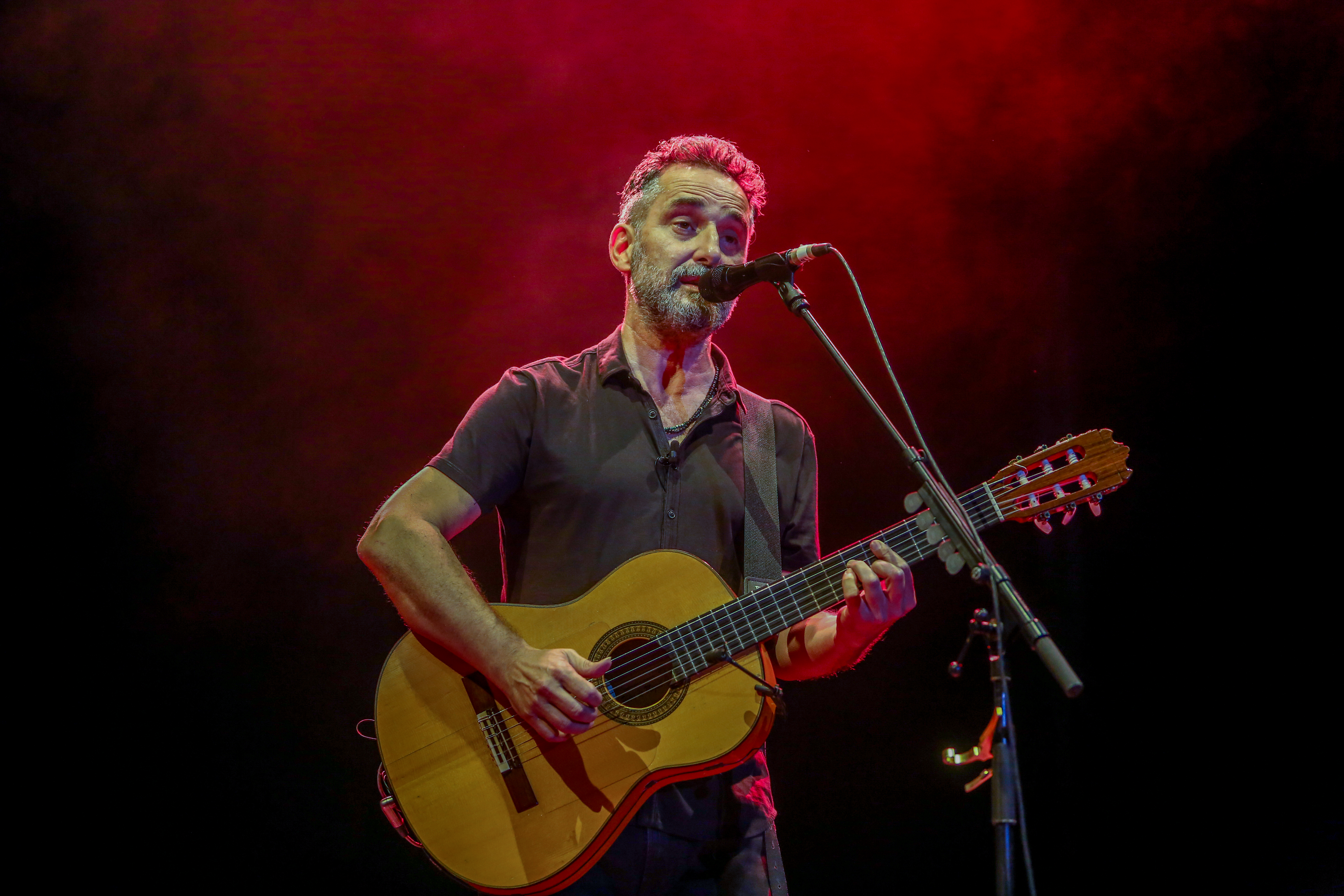 A kind, affable, smiling and truthful man has had to arrive to make us see how revolutionary it will always be to go against it. Now that the bad slime and the bloody fangs, the pedestrian disqualification and the anonymous insult are styled, a troubadour of Uruguayan blood arrives and confronts us with a concept at this moment transgressive and disconcerting: harmony. The Jorge Drexler thing is not good, neologism that perhaps contains some insidiousness and pacatería, of soft spirit. What about our protagonist this Wednesday was, rather, humanism. Or humanity. Or, even simpler and more compressed: poetry.

It happened at the Noches de Botánico festival, on Complutense soil, after midnight. And when nobody expected it anymore, because its creator knew how to keep the secret well. Drexler announced that he would premiere his latest single, The guerrilla of concord, which has just surpassed one million views on YouTube in just a couple of weeks. And to make the moment more memorable, he asked the ten members of the Gospel Factory, that chorus of white robes and angelic voices, to appear. A first-rate display for a song that advocates complicity, affection and caress. A radical contravention of the sign of these times.

Suddenly, a mad troubadour formulates a sudden overturn, a shake to the foundations of modernity with a combination of just six phonemes. Poetry. This is the main ingredient that feeds that Guerrilla by the concordat, the alternative hymn for those who refuse to embrace the prevailing dialectic of the outburst, the permanent deification of the old, crude and rude art of touching noses. And what if we touched other things? Has no one ever thought before that the experience would be much more enriching, let alone fun?

Of course, no one cared that Drexler – excited, nervous, engrossed – forgot part of the lyrics at the brand new release of this happy flyer. “I screwed up no less than four times,” he summed up, amused and embarrassed, before proposing the best possible solution: sing the hymn once more, double-winnowing the good news. And he would still take advantage of the presence of that chorus of voices and pure souls to recreate in a gospel key two of his most inveterate classics, Sea Y everything transforms. Let’s call him Reverend Drexler this time.

It was a night of reunions and sentimental tremors, of confessions in low voices that concern 1,800 witnesses no less moved. “Madrid is my home. Playing here makes me very happy and very nervous ”, the officiant had begun to murmur, who had not been on the Matrimonial stages since before this whole nightmare began. “We missed you, Jorge!” Someone yelled from the audience. “And I to you too!”, Answered the questioned person, as if he knew us all by name and affiliation.

Drexler was concentrated, at times restrained, as if fearful of suffering an emotional collapse. “I’m afraid that what had not gone up for so long,” he summed up with that gift of his for the beautiful word. Of course, slowing down the heart rate is not easy if your own partner –in coronavirus terminology– appears on the tables to share a song. The one chosen by Leonor Watling was Curfew, a preciousness written in Sepúlveda (Segovia) without premonitory spirit, no matter how much the title, at this point in history, brings it to you.

It was curious to realize that this Curfew sounds more marlanguiana what drexlerianMaybe because a lot of Tom Waits essence circulates through his bloodstream. And it was striking that the pandemic resizing of the terminology has also led to the rescue of another beautiful forgotten page, Heal, disturbing in the darkness of its chords and even its whistles. Shaken, no doubt (“no one is born knowing they would die”), but encouraging in all its vindication of the beautiful mystery of life.

Everything seemed, it looks good, conducive to strong emotions. Even setbacks and unforeseen events now lead to the discovery of unexpected angles. The concert had been announced in a trio format, but the Catalan pianist Meritxell Neddermann has been confined by the covid for a few days and Drexler was forced to reinvent the call as a hand in hand with Borja Barrueta, the percussionist who has been accompanying him for 17 years but with whom he had never operated as a duo. The ensuing experiment worked thanks to Drexler’s excellence as a guitarist, not always outstanding as he deserved. More than one group indie with gallons he would kill to have the Uruguayan electricity in the starting lineup. The occasion will not arise, of course, but it would be very curious.

Confessions, reunions, surprises, filigree, virguerías. And Leonor Watling. But we still lack an ingredient, very unexpected, to complete this panoramic view. His name is Pablo and his last name turns out to be Drexler, as the son of Jorge and also the singer Ana Laan. Few had heard of him. Early risers discovered him officiating as the opening act, under the stage name PabloPablo. But when the boy joined the father to face together a version of High and dry, the Radiohead classic, something wonderful happened. The first stanza corresponded to Jorge, who gave an account of it with exquisite taste. And in those Pablo arrived, armed with a high and wonderful voice. Two verses were enough, just two, for the trembling crowd to indulge in a happy outbreak of howls.

Drexler no longer has the age or need to be a prolific man. The Uruguayan is on his way to his good four years without distinguishing ourselves with the gift of new compositions, an honor that has not corresponded to us since Ice lifesaver competed with the last blows of the heatwave in September 2017. He has us bread and water, the very evil one (let’s I nominate, his irruption in the universe of C. Tangana, in the chapter on debatable, even unhappy antics), but The guerrilla of concord it serves as a prologue for his particular de-escalation. And it allows us to reassign it again to the group of the non-affiliated.

My verse is not of this world, the illustrious neighbor of Chueca seems to suggest. Now that the astracanadas can come from former revisionist ministers and even from the highest courts, not to mention the fuss of the Twitter crowd, Jorge proposes something as simple and transformative as stepping aside.

There you stay, veins swelling with anger. For you the fat bitch and, of course, the furious barking. But there are others. Others. And after the bard sang to us at the top of his voice that of “Fear came out of its grave / and today love is a thing of the brave”, it even seemed that it was breathing better.