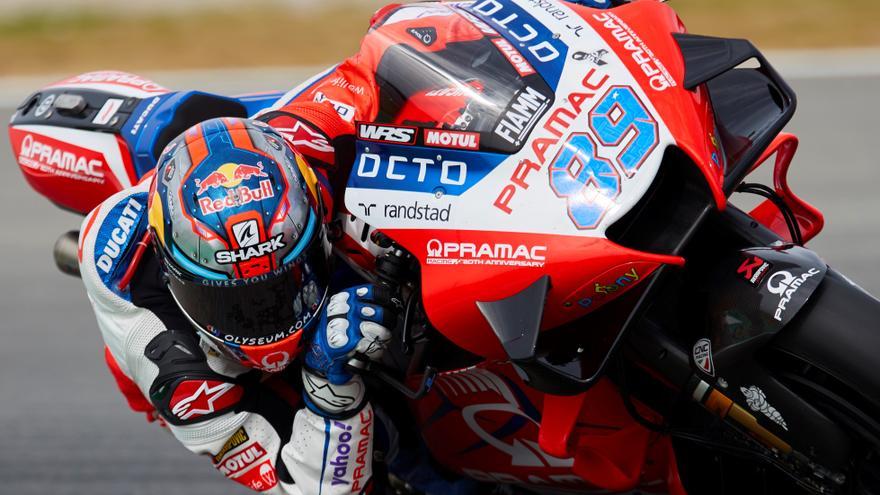 The Spanish Jorge Martin (Ducati Desmosedici GP21) achieved a new absolute record of the Spielberg Red Bull circuit in the official classification for the MotoGP Grand Prix of Styria and the second pole position of its sporting career in the season of its debut in the premier class of the world motorcycling.

The fourth free practice did not start too well for the Spaniard Joan Mir, who suffered a crash at turn nine precisely in a very important session to be able to test the qualities of the new rear suspension locking device, which they literally received on Friday night after solving some customs problems.

Mir had to return on foot for his second motorcycle, which was not equipped with this device, while fourth rare he took the lead in the classification, ahead of Maverick Viñales and with Suzuki’s getting into his truck to change his leather suit, badly damaged after sliding for many meters on the ground.

Dani Pedrosa, for his part, maintained a very good rhythm during the session from fourth place that he achieved on his fifth lap, while Raúl Fernández’s move to MotoGP was officially announced by KTM and in the Tech 3 team that direct french Herve Poncharal with his current teammate, Australian Remy Gardner.

Those free practice sessions ended once again with Fabio Quartararo at the head of the timesheets, barely two tenths of a second ahead of the Italian. “Pecco” Bagnaia and the Spanish Maverick Viñales.

Too many relevant proper names for only two positions in dispute, which ended up in the hands of Alex Márquez and Miguel Oliveira, with Alex Rins and Dani Pedrosa out for very little.

In the second classification all the pilots left in a certain hurry when they saw how little by little the sky was darkening, except the Portuguese Oliveira, who with clear signs of pain in his right hand decided to take a break in his workshop and did not go out on track again except to do a final five-minute run.

And it was in that last run on the track that Jorge Martín made the best of his riding and of the Ducati to be the first and only driver to drop one minute and 23 seconds when rolling in 1: 22.994, new absolute track record.

Fabio Quartararo Jorge Martín’s time was lowered, but in his attempt he exceeded the limits of the circuit at turn nine and his registration was canceled, almost at the same moment that Marc Márquez was on the ground in the complicated turn three, although no damage to his limb, but relegated to third place after being overtaken by Italian Bagnaia, who ran out of gas just after.

In the second line they ended Jack Miller, Joan Mir and Johann Zarco, with Aleix Espargaró (Aprilia RS-GP), Marc Márquez and Maverick Viñales in the third and Takaaki Nakagami, Alex Márquez and Miguel Oliveira in the fourth.