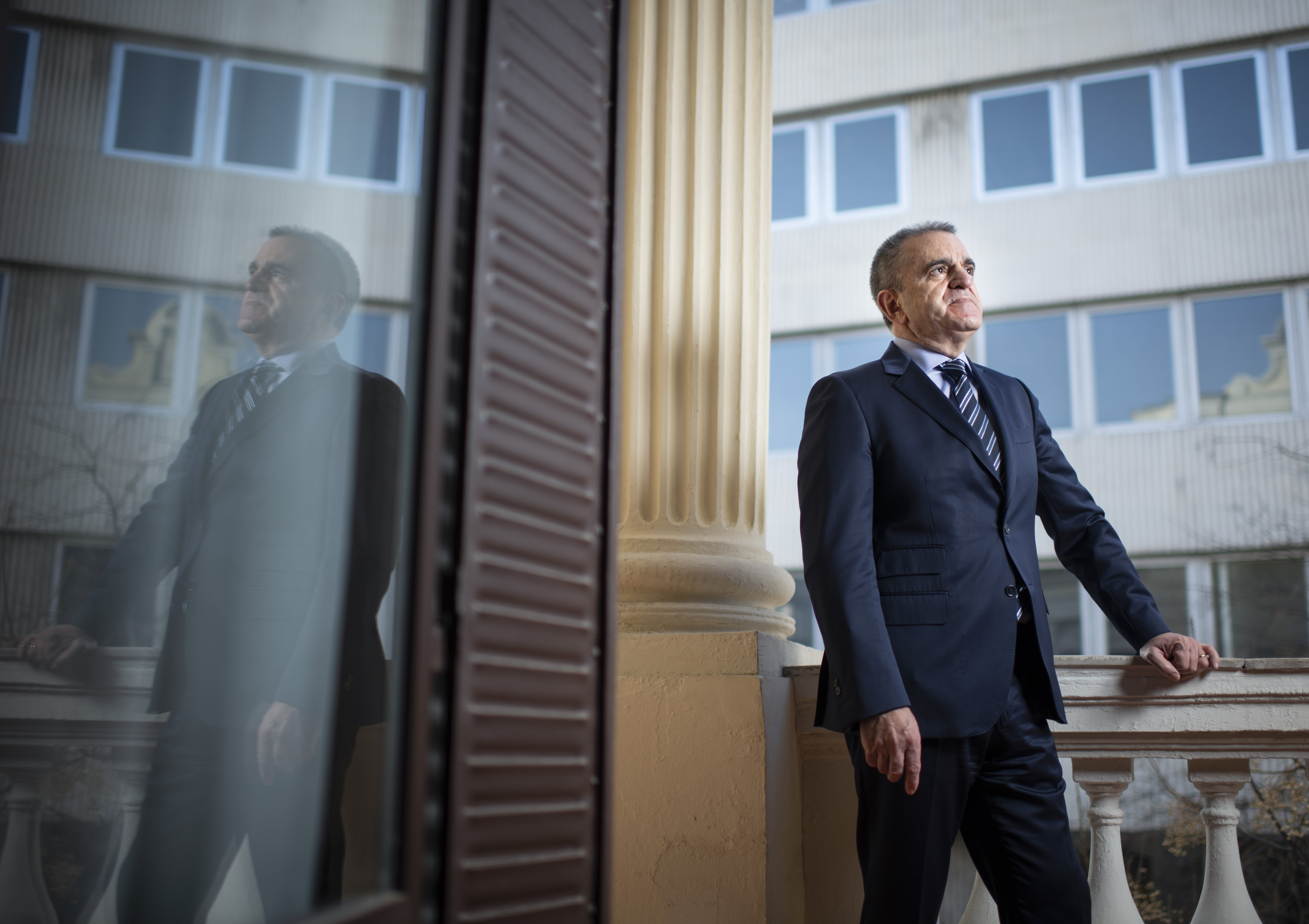 It has just been one year since the socialist José Manuel Franco Pardo (Puebla del Brollón, Lugo, 1957) left his act as a deputy to become a delegate of the Government of Madrid. In that time he has had to face and manage from his position the worst pandemic of this century, an indictment for prevarication (later shelved), the biggest snowstorm in 70 years, and now the streets burned by radicals that threaten to cause new disturbances this Saturday.

Ask. Do you think the altercations will continue?

Answer. For this Saturday they are calling from the same platforms of this amalgam of anti-system groups at 7:00 p.m., but now they no longer reveal the place where they plan to concentrate. In his appeals he says: “Place to be determined.”

P. It is the same strategy used by some pro-independence groups in the protests that followed the ruling of the process.

R. Yes, they used to communicate it. Even this Wednesday, the same people who called the Sol concentration, communicated another in Alcalá de Henares at the same time, which was not prohibited and which took place without incident. However, in the center of Madrid, without communicating it, they messed it up. Nobody talked about the first, but they did (and a lot) about the second. Now they not only do not ask for authorization directly, but they do not say until the last moment where it will be.

P. And how do you prepare for that?

R. Well, the Police analyze the information and prepare to deploy their devices at those points where they consider it likely that the protesters will gather. Acts of vandalism will not be allowed.

R. I am very clear that there is a part of the attendees that does not claim anything, that is going to screw it up. The data we have so far does not allow us to determine if there are organizations behind with violent ends. There are anti-system collectives. There are those who feel comfortable causing disturbances, attacking the Police, breaking street furniture.

P. And the detainees?

R. Six are minors, and the other 13 are between 18 and 32 years old, some are students, others neither study nor work, some have never worked. They have no record.

P. And what is your opinion that the spokesperson for Podemos in Congress, Pablo Echenique, gives you his support?

R. Ideology is one thing and the position one occupies and the political responsibility that it entails is another. You have to be very careful. It has surprised me.

P. And that Podemos does not condemn that street violence?

R. I would like Podemos, and all the political forces of the parliamentary arch, to condemn the violence. Rebellion, yes; but without violence. I am a firm defender of freedom of expression and I am convinced that the Penal Code must be reformed. But what is absolutely unacceptable is violence. As soon as violence appears, every noble cause disappears.

P. The people who continue to gather in front of the house of Vice President Pablo Iglesias and Minister Irene Montero also ask for freedom of expression and demonstration.

R. There are some unrepentant people who have taken as a rule to go to demonstrate in front of Pablo Iglesias’ house. Even some who have been fined reoffend. We find ourselves with the usual problem: where does freedom of expression and demonstration begin and where does the right to privacy. Some take advantage of this collision of rights to go bother.

P. And also, like the others, to throw stones and objects at them, as he has denounced.

R. Yes, but it should be noted that this is your home. I could understand that they were going to protest to your ministry, but it is that you have to preserve the family home, that is the big difference that I see, which for me is fundamental. The personal address must be absolutely inviolable.

P. Why did the National Police change and take charge of the security of that house since this past summer, instead of the Civil Guard, who is responsible for being in their demarcation?

R. For security reasons, it was decided that it was more convenient for the police to be in charge of its surveillance, to improve it, although it is not a decision that has been made by the Government Delegation.

P. At the opposite ideological pole, it was authorized last Saturday to be concentrated by far-right groups in a tribute to the Blue Division, which has become a kind of anti-Semitic act. They don’t ban it but then open an investigation?

R. It is an act of tribute that they do every year since 2007 and there have been no incidents. It was not prohibited because it met all the sanitary requirements (separation, masks, number of assistants). Health advises against concentrations with more than 500 people. And there were no problems along the route monitored by the police, but it was already inside the cemetery where those messages and completely unacceptable slogans were launched. As soon as we had news, we commissioned an investigation and made the police report available to the Prosecutor’s Office, which had previously initiated its own proceedings. And so is the situation.

P. So what will happen this year with the feminist demonstration of 8-M?

R. Well, following the objective criteria, if the health situation does not change, in principle, and the number of people expected is greater than 500, and the health of Madrid is put at risk, we will have to ban it. I know that they are already looking for alternatives.

P. Finally, how many complaints have been processed for disobedience and breaches of confinement?

R. There was a flood first and then a traffic jam, but after transferring to the Ministry of Health and the municipal police those who are responsible for them, we have implemented some 8,000 sanctions, prioritizing those of disobedience, which are the most serious, which means almost 50% of those that correspond to us to process.

P. Is Madrid the best place to organize an illegal party?

R. We are going to try to make it the worst, to make it impossible to have illegal parties in Madrid. Citizen collaboration is essential and that citizens report these behaviors in their environment. The other day I met with neighborhood associations and only in the Centro and Chamberí areas they had 33 tourist apartments located that were being used for parties, even with people from outside.

P. Beyond the complaints, which did block Madrid for a week, do you think there was enough foresight before Filomena’s storm?

R. Yes. Two days before we were already bagging heavy trucks on the roads. If that had not been done the consequences would have been much worse. No one who wanted to stay in the trapped vehicles was left unattended. Forecasts announced a huge snowfall, but never for so many hours without stopping. I think there was great coordination, which can always be improved.

P. The 40-year anniversary of 23-F is approaching, where were you that day?

R. Well, I was in a very compromised place: in the High Mountain Brigade of Jaca, doing the military, which was compulsory at the time. My permits were suspended and I spent the night up, glued to the radio. By the way, I saw snowfalls there in Huesca, but like Filomena, none.