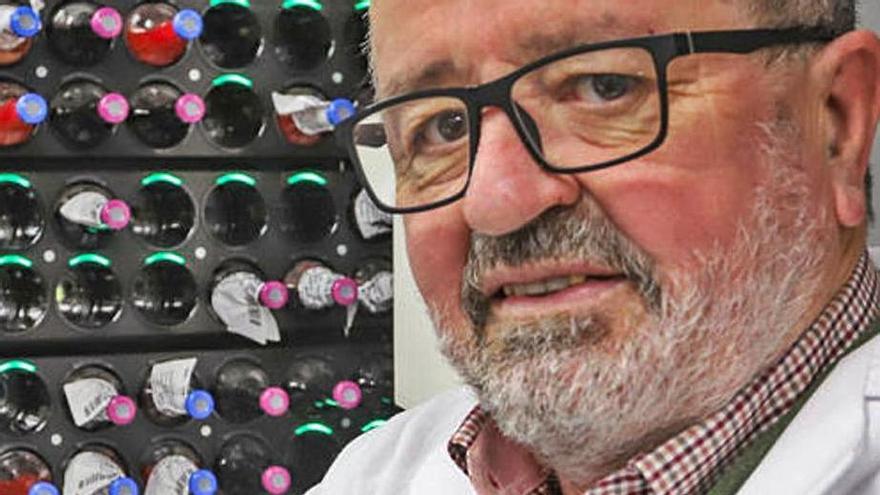 After weeks of restrictions, the incidence has not just dropped. For what is this?

The epidemics are not uniform because the population is not uniform. In the first wave, when a part of the population was infected, a certain level of immunity was also created. This may explain that in the areas where the first wave hit the most, it is now easier to control the incidence. There are areas, on the contrary, that were good in spring and are now very bad.

Have the control measures worked?

Epidemics occur because the virus spreads, that is evidence. Thus, the first thing to do is to control the diffusion. That’s where the trackers come in. They detect the positives, analyze their contacts and isolate the population that has been in contact with the virus. The question is whether they are at home or where they are. The problem will decrease to the extent that quarantines can be controlled.

Can all outbreaks be controlled?

Most do. For example, in Spain there has been a problem with youth parties. If these cases were controlled, those outbreaks would stay there and the problem would end. Left unchecked, or if people do not comply with quarantines, the epidemic has a tremendous multiplier effect. Each young person at that hypothetical party becomes the head of a new outbreak and infects a good number of people. The key is there.

It depends, to a large extent, on individual responsibility.

Yes, but also from the authorities. It is necessary to increase inspections, that the Police can be sent to monitor quarantines. That is the formula. When there is a public health problem, individual rights take a back seat. Public health means that we speak of the health of all, the common good is above individual rights. These measures have not yet been taken here and are pending. Meanwhile, the epidemic is spreading.

The authorities have been aware of the problem for weeks …

Yes, but the quarantines have not been controlled. Perimeter confinements have been chosen, which seem to be not very effective. They have many exceptions, such as work or good reasons, and in the end all that happens is that travel for tourist reasons is prohibited.

At what point in the epidemic are we?

I dare not say it. Right now you have to trust the Ministry of Health and know that the number of cases is stabilizing. We would be in the midpoint of the second wave and if the epidemic behavior continues we should start to decline soon.

It could be faster than the rate of climb. We have been on the rise for many months, since July. I don’t think it takes that many downhill, it may be faster, but I don’t dare to make predictions.

Have we ever come to control the epidemic?

Yes, at the end of the first wave. The responsibility for what happened next rests solely with the Government. They should take it up and say it publicly. After the traumatic confinement of the spring, it cannot be said that there are six weeks of de-escalation and that afterwards we reach a new normal. Saying that is reckless recklessness because life in a country in which 95% of the population is exposed to the virus cannot be normal. People only stayed with the word normality and we threw ourselves into the pool. That is why we had the second wave in Spain before the rest of the world.

Was the relaxation excessive?

Yes, and it was only possible to advance the epidemic. In other countries the second wave arrived a month ago. Regardless, we are going to have the same number of patients and deaths as “our turn”, but we have added dire consequences for the economy.

What hope is left? The vaccine?

That’s it, and learn from mistakes. When this wave passes we cannot say that we are back to normal because it is not like that. You have to maintain control measures, restrictions, be cautious, keep your distance … until there is no vaccine.

Will the epidemic end with the vaccine?

Let’s hope. Epidemics end when the virus stops circulating, and that happens for three reasons. Because everyone has already suffered it and creates antibodies, because the virus loses strength or becomes extinct and because it increases the immunity of the population of a certain place in an artificial way, with a vaccine. In SARS-1, which was more serious and deadly, the virus became extinct. It cannot be ruled out that this could happen now, but the truth is that it is complicated because the epidemic is widespread. More likely, there will be a vaccine before the virus becomes extinct.

Do you think the vaccine should be mandatory?

Totally. Not only this one, those of the kids too. They all should be.

He knows that there are voices that doubt that a vaccine develops so quickly is safe.

All of that is stupid. The manufacture of a vaccine is one of the most delicate processes that exist. Those that manufacture them are usually very important laboratories. That is, not just anyone does. The strongest companies in the sector are involved here and they are really doing well. Another thing is the deadlines. Under normal conditions, a vaccine can take three, four years, or even longer to develop. Deadlines are getting shorter here, but deadlines are superfluous. Between one process and the other there is reporting, obtaining permits … Normally those things are taken in stride. Reports take many months. Now those deadlines are being shortened and what used to be several months is now solved in a week. The superfluous part of the process is being sped up, but not the important part. It is possible to do it faster, especially if the multinationals deploy all their technological and economic power, as they are doing.

Are you afraid of what might happen at Christmas?

It is very likely that Christmas will catch us with many fewer cases than now, but we cannot lower our guard. If we pay attention, we are very careful with social distances, Christmas does not have to be a problem. If we go back to doing like in July, «wide is Castilla», we will return to the same thing again.

If there is a horizon to have a vaccine it is easier. The population is willing to make more sacrifices if there is light at the end of the tunnel.

Not to repeat July, in short.

It was outrageous. The message must be the opposite. We are far from normal. More resources must also be devoted to public health. And return to sole command. The epidemic is continually changing. Before, everyone looked at the page of the Ministry of Health to know how to act and the cases that there were. Now there are 17 ways to act to deal with Covid patients, to organize hospitals … That cannot be, in an epidemic there must be a maximum authority.