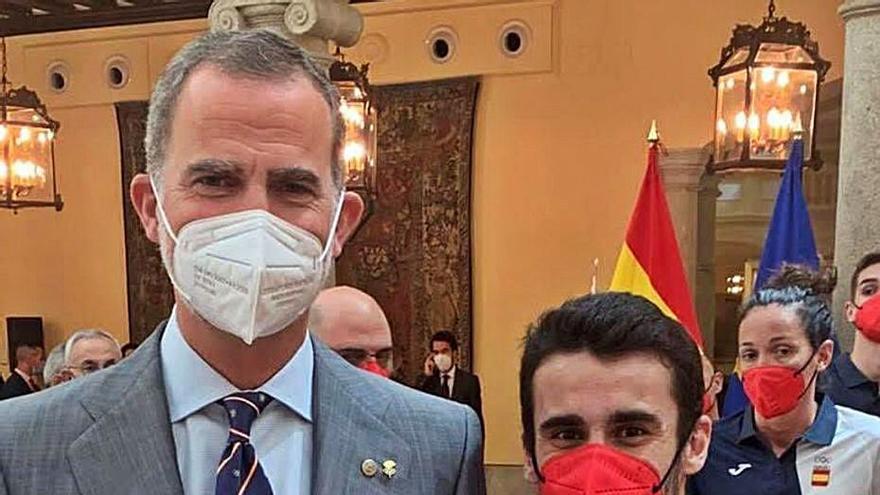 Elda’s boxer Jose Quiles he is a brave man. He has a winning mentality so he thinks that in Tokyo he can do something great. He is not daunted by anything and if he travels to the other part of the world with an Olympic Games in between, it is to hang a gold medal. It is what he aspires to and he says it completely convinced.

It will be his Olympic debut and he acknowledges that he has set high expectations: «A little yes, but right now I am in my best sports form to get to Tokyo, I’m going for everything. I arrive better than ever on a physical and mental level ».

In order to fulfill his dream, he is clear about what the keys will be in the Olympic boxing competition and with what mentality you have to travel to Tokyo: «Above all, you have to arrive in the best possible shape of your career and, specifically in boxing, try to get a good weight because this is something very, very important. Another key is to be focused on what you can achieve. If you go with the mentality that I am going to participate, you are doing very badly, you have to say: I am going to win.

Getting the Olympic place has not been easy for Jose Quiles: «It was very complicated, very difficult due to injuries, family problems … ahead of qualifying, but we were able to move forward and I am very happy». One of the attractions that the Eldense boxer will have is that his partner and friend Gabriel Escobar will also be at the Games: «With Gabi we have been working together for seven years, we have talked about it a lot. It has always been a dream for us to go to the Games and share it with someone like him is a huge motivation ». And if you want incentives, the best will be on the corner. Rafa Lozano, the coach, won two Olympic medals at the time (silver at Sydney 00 and bronze at Atlanta 96).

«It is a huge inspiration for me. It is quite a support, since it gives us a lot of advice, especially that we have the maximum confidence in ourselves and that we mentalize ourselves that we can win anyone ».

In Tokyo he sees a José “fulfilling a dream” and despite the fact that his goal is gold, he assures that “I would settle for a medal. I wouldn’t complain to her. The fighter is very clear that his dream «is to win an Olympic Games, so until this happens, I still see professionalism far away ».

Although he acknowledges that Olympic boxing and professional boxing “are like different sports”, he admits that “I would like to try the hard bandage and the small glove to know what it feels like to box professionally, but right now he doesn’t call me no attention at all ».

The Olympians from Elda and Petrer, the boxer José Quiles and the handball player Paula Arcos, participated last week in the reception to the Spanish Olympic team in the Royal House. The Mayor of Petrer, Irene Navarro, and the mayor of Elda, Rubén Alfaro, echoed the historic moment and sent them both “all the support of their countrymen” at the Tokyo Olympics. Both José Quiles and Paula Arcos were photographed with Felipe VI and Letizia before embarking on the trip to Japan and have also received the congratulations and support of the Kings of Spain.

The soccer team draws against Japan (1-1)

Pedri’s entry into the final stretch revived the Spanish Olympic soccer team, which managed to avoid defeat against Japan, in the only preparation match before the start of the Tokyo Olympics, the next July 22, which calibrated the physical state and it took minutes to all the footballers except for the third goalkeeper, Iván Villar. Ritsu Doan, at m.42, overtook the Japanese team in which he shone Take Kubo. Carlos Soler at m.78, achieved the tie. Spain accused the climatic conditions of heat and humidity of Japan. Something normal since they could only carry out full training before in Japanese lands and faced a local selection accustomed to the atmosphere.