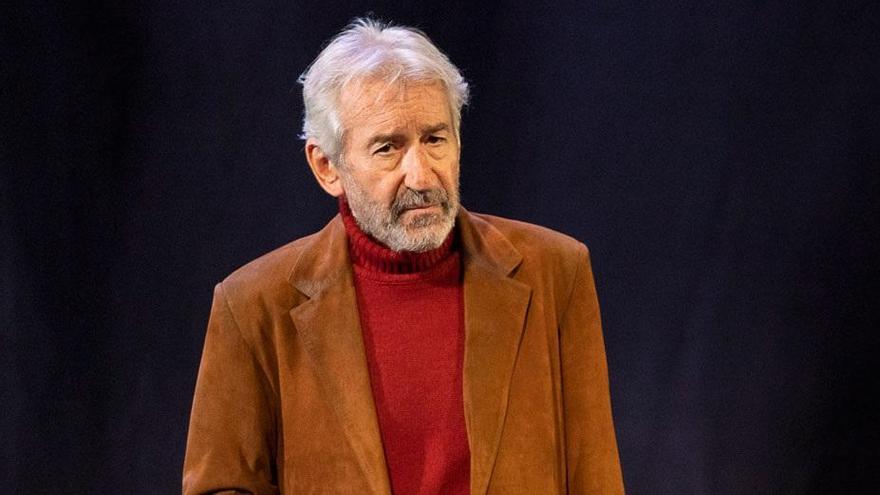 Veteran Jose Sacristan (Chinchón, 1937), the actor who in dozens of films played the ‘little Spaniard’, this weekend closes an edition of the Torrelavega Winter Festival (Cantabria) marked by the pandemic, and does so at a time when the theater “defends itself like a cat belly up”.

In a telephone interview with EFE, he assures that, although on a personal level he cannot complain because he maintains the loyalty of the public that attends his performances, he does not stop recognizing that the current situation “is causing irreparable damage in the world of culture and entertainment. “due to the pandemic.

Sacristán returns to Torrelavega with ‘Lady in red on gray background‘, a work adapted by himself, José Sámano and Inés Camiña on a text by Miguel Delibes, which the actor describes as a look from his friend the Valladolid writer “on the human condition, on life, love and death”.

He assures that for an actor “stumbling” with a text like this is “a privilege”, both for the dramatic richness of the work and personally for having been a friend of Delibes, and now being able to offer him this tribute represents “a satisfaction and gives meaning to the work of an actor’s life. ”

The play takes place in the summer and fall of 1975 when the protagonist prematurely loses his young companion Due to an illness, an autobiographical portrait of Delibes who lost his wife, thus giving rise to a text that, according to Sacristán, is “an emotional journey of one who cannot forget his love for his wife.”

The work intermingles the situation of the painter’s eldest daughter in prison for her political activism, for which Sacristán has also been known for many years because, he says, “I am increasingly on the left”, although he says he does not identify “with much of the left today”.

“The current (political) situation is screwed up and I don’t like it. I do not like the behavior of the right or of many sectors of the left, because we all have to take a little responsibility for what happens. But I continue to support everything that has to do with the defense of freedom and justice, “he says.

Precisely the pandemic stopped his tour with ‘Lady in red’, although now he takes it up again while announcing that at 83 he will continue to act “As long as the head and works, and while the mother nature continues being moderately generous with one”. “And I continue because I love my job“, he emphasizes.

He has even had time to participate in a documentary by a granddaughter of Fernando Fernán Gómez, as he confesses that confinement takes it quite well, since when confined he does not suffer “the claustrophobia of confinement”, because he always has something to do: read, listen to music, or do yard work.

Regarding the current situation of the theater, he is categorical in stating that the public’s interest in returning to the theaters should be thanked, but he insists on the need to comply with sanitary regulations at all times, “because they are measures that must be respected since otherwise it is suicidal. ”

“Let’s be sensible. How stupid to think that nothing happens and that it is possible to live as if nothing happened. And it’s not because the fucking bug kills it, “he says.

In addition, in the midst of all this, he reflects on which culture “has never been very well attended, neither with a pandemic nor without a pandemic”, since, in his opinion, “in general the different administrations have never paid too much attention to the world of culture “.