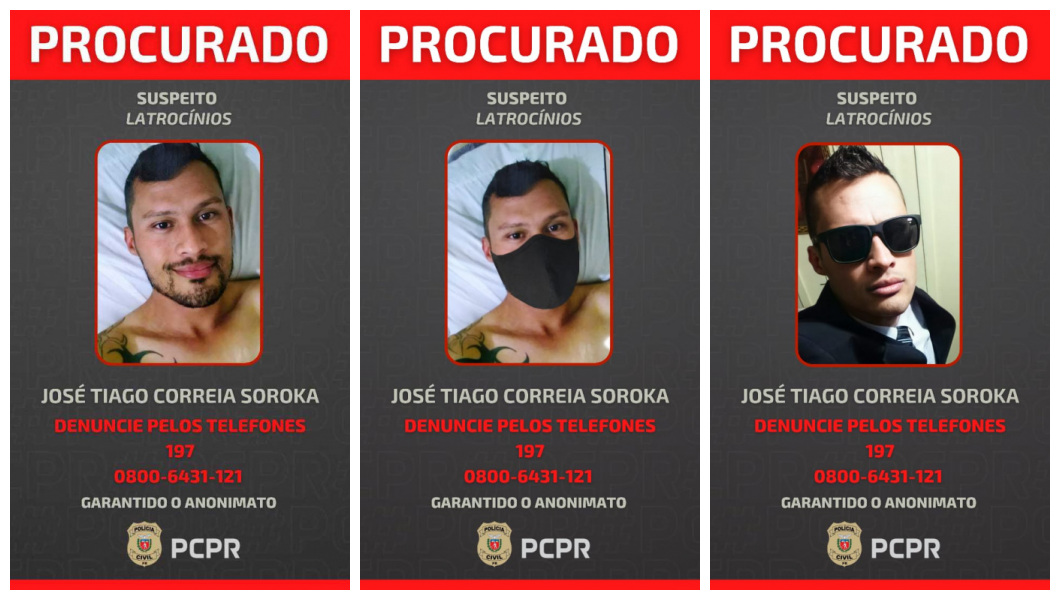 Young men, homosexuals and with good economic conditions who lived alone: ​​this is the profile of the victims that the Civil Police of Paraná attributes to José Tiago Correia Soroka, 32, suspected of having assaulted and killed the nurse David Júnior Alves Levisio, 30 years old, on April 27, and the medical student Marco Vinício Bozzana da Fonseca, 25, on May 4. They both lived in Curitiba. Soroka is also linked to the death of 36-year-old university professor Robson Olivino Paim in the city of Abelardo Luz, on April 16.

Although the cases are being investigated as deaths by robbery (the three victims had their mobile phones and computers taken away), the police also follow the hypothesis that the cases correspond to hate crimes, a crime that has grown in Brazil in recent years. years.

Delegate Thiago Nobrega, responsible for the case in Curitiba, explains that the hate crime hypothesis is studied by the characteristics of the victims and the suspect’s way of acting. In both cases, both in Curitiba and Santa Catarina, the bodies were found lying on the bed, face down, clothed, with their hands behind their back and a blanket over their heads, signs that they could have been suffocated.

According to the police, the suspect was looking for the victims through the Grindr application, aimed at encounters between LGBTI people. Soroka -the authorities say- used a false profile, identifying herself with other names and without using a photo of her face. “All the emails and addresses he used to register for the application were false, and he only used the internet in public establishments so as not to be tracked.”

Also according to Nóbrega, the suspect attacked the victims quickly, with a kill lion, a strangulation blow carried out from behind, from behind, which leaves the person unconscious in a few minutes. “We are waiting for the forensic reports, but everything suggests that he took the victims defenselessly at the beginning [del encuentro] and then he killed them by suffocation ”. Nóbrega also says that Soroka left the place orderly, with no evidence of a bodily fight.

The death of the nurse and the medical student caused a commotion in Curitiba: Levisio had been working on the front line of covid-19 for just over a year and dreamed of being a doctor. Her sister, Pablicia Levisio Costa, posted on her Facebook page on Sunday the publications of the Civil Police about the search for Soroka. “Spread the word, we want justice!” He wrote.

A complaint filed on May 11, by a person who claimed to have survived the attacks allegedly committed by Soroka, was decisive for the identification by the Civil Police: a 20-year-old architect, who lives in a neighborhood of Curitiba. “What the victim told us is that he [Soroka] He came to the apartment very polite and asked the victim to remove his clothes. When he was on his back, he tried to suffocate him, but since he was a strong and tall man, he was able to fight and dodge him. He only survived because he was strong, ”explains the delegate.

The police believe there are other victims. “In some cases the report is not conclusive and the suffocation is not sure. In other attempts, we have information that, out of shame, people do not report ”, clarifies the delegate.

A report by the LGBTI + Violent Death Observatory in Brazil – 2020, prepared by Acontece Arte e Política LGBTI + and Grupo Gay da Bahía, published last week, points out that, from the 1990s until now, the increase in the number of deaths motivated by hatred towards the LGTBI population was approximately 60%. 2017 was the year with the highest number of victims: 455.

In 2020, the total number of deaths was 237, 28% less than in 2019. The reduction, according to the report, was produced “due to an imponderable numerical oscillation and the enormous under-registration identified during searches, investigations and searches”. Also, he says, due to the lack of investment in public policies, campaigns to encourage reporting and the protection of victims since 2018.