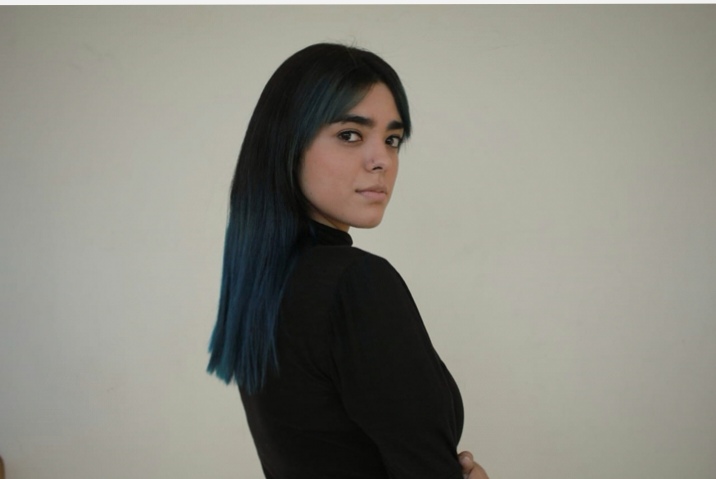 I write from fear. Fear for my country, for democracy, for the future … But also for my colleagues, for journalism and for me. As a professional, I see the work that as Salvadoran journalists we have done, what we have built with sheer strength and passion, and I am filled with discouragement and frustration. But personally, I am afraid.

Legislative and municipal elections were held in El Salvador on February 28. New Ideas, the party founded by the president, was consolidated with an absolute majority. Now Nayib Bukele has overwhelming power, he controls two state agencies and in his hands is the election for the third. This overwhelming victory was already something announced, but the weight of reality I feel it now.

This is an unprecedented victory since the signing of the peace accords in 1992. In the early morning of March 1, the president’s brother made fun of him on social media.the political asylum options we should seek Y Executive officials they joked about the possibility of closing the airport to block exits. This happened just hours after New Ideas began to emerge as the outright winner.

When the current president of El Salvador broke into politics, he was a young left-wing activist. He arrived with his look so cool and his pose cool. His image was built with canned speeches, catchy phrases and narrative of good against bad in which he was the true hero. In his interviews he always had clever answers that put the bad guys in their place or “the same old ones”, as he would say, so that they “give back what was stolen.” This worked and soon (very soon) Bukele’s popularity grew to a smash hit. One that was consolidated in the elections.

But Bukele quickly stopped being that character. cool and he began to resemble his adversaries, those whom he criticized. In less than a year, he has shown a profound disdain for laws and the separation of powers from the state. During this time, multiple cases of embezzlement, nepotism, abuse of power and negotiations with gangs were revealed. As is our duty, journalists have questioned power in each of these cases. We have been at the forefront of press conferences demanding explanations. Bukele didn’t like it.

The president falsely believes that those who criticize and question him are against him and has pigeonholed his critics as enemies. In this way, intellectuals, human rights defenders, activists and journalists are part of a list of undesirables. Thus, informants have become the center of attacks in press conferences, tweets, insults and limitations on our work. The president has become a propagator of hate speech against us, which is broadcast on national televisions.

Until last year I thought that tweets are just that, tweets. But the violence against the press and the opposition began to escalate, and these were turned into concrete actions. During the first months of the pandemic, thieves broke into a colleague’s house while she was at a press conference and only her computer was stolen. I tried to think it was an isolated event, but other colleagues’ computers began to be stolen. At that moment, I decided to hide mine every time I left the house, delete all the files and work from platforms that left as little trace as possible. Thus, if they entered my house and found the equipment, I would still have control of my documents. Now, months later, from the distance that it gives me to be in Spain, hosted by Reporters Without Borders, It seems absurd to me to think about hiding my computer in my own house.

At the end of last year, another colleague was mugged in broad daylight when he walked his dogs. Three guys put a gun to his head, asked him to get down on the ground, he didn’t and they took his unlocked cell phone. Later it was discovered that the orders came from the State Intelligence offices.

In June of last year, my mom was fired of his work after I published an investigation that revealed irregular purchases by the Minister of Health, Francisco Alabí, during the pandemic. My mom had been at her job for more than a decade. But four days after the investigation was published, my mother was given a polygraph test, harassed about her ties to journalists, and the next day forced to leave her post. After speaking with internal sources, they confirmed to us that the dismissal was a consequence of my work. My family has been left in uncertainty during a pandemic due to political retaliation.

All journalists have stories of limitations and persecution that have made us feel more exposed, less safe. Many of the insults and threats come from citizens, from fans of the Bukele project.

Does the executive and his unlimited power scare me? Yes, but his followers scare me more. Those who are willing to get their hands dirty. A few days ago I found a folder in which I had saved the most serious insults and threats that I received in 2020. There are 33. And they are not all. Most are very similar to the ones you are below this tweet and I generally don’t pay attention to them, or don’t read them. But every so often, especially after publishing a note about the government, I get a message telling me that they are going to kill me, beat me, rape … Or all three. Those, when I see them, I keep them.

A few years ago when this was all starting, I thought they were just trolls those who were behind those messages, people who earn money for writing us all the insults that exist in Spanish to discredit us. But now, I think that many people who write to us do so out of pure conviction and passion for Bukele’s political project, and that they feel protected and supported to write messages like this one with all the peace of mind in the world: Go useless bitch, we have you in our sights criminal, murderer, thief (…) ”. They say it because they really mean it and, given the opportunity and impunity, they would carry out their threats. They would beat us, they would kill us. He was about to happen to a journalist while covering the elections.

That is the problem with hate speech like those of the president, who with the right words are able to open the chest, separate the ribs, separate the muscles and reach directly the heart of the listener.

It bothers me to be presented as a victim or to feel like one. It bothers me to have to enumerate tortures and count sentences, but I think it is necessary to expose these situations so that the reality that journalists in El Salvador face is known

These speeches incite violence and when they come from power they generate a feeling of impunity for those who take action. We’ve seen it with Trump and the storming of the Capitol with Confederate flags. It is only necessary to find a leader who takes all the shortcomings, all that pain and manages to settle in the hearts of those who need it and say: journalists are the enemies.

This speech plunges into the depths of feelings and has as a consequence a guy with a rifle saying: “Give me the order and I have 60 more, my President”. In the end, those who are going to attack us will hitting at a demonstration outside the Assembly or they are going to empty us six shots from a nine millimeter they are not going to be public officials, they do not need to get their hands dirty. It will be the people, the same people who recognize us on the street and confront us with a “Hey, aren’t you one of the journalists the president talks about on TV?”, Or who threaten us with burn ourselves alive in networks.

It bothers me to be presented as a victim or to feel like one. It bothers me to have to enumerate tortures and count sentences, but I think it is necessary to expose these situations so that those who read us know the reality that journalists in El Salvador face and what this represents: the fragility and collapse of democracy . A Cuban colleague told me that not giving importance to these attacks implies diminishing the importance of the power of the people who attack us. I think he’s right.

Bukele won the elections. People celebrated it in the streets with fireworks and music. Padme already said it when Palpatine established himself as the emperor with a wide backing of the Senate, in the saga of Star Wars: “This is how democracies die, with thunderous applause.”

I am afraid, but I must be grateful for having learned from the best journalism school that anyone could ask for, in which they taught me that in the face of adversity, repression and authoritarianism, we are only going to respond with more and better journalism.