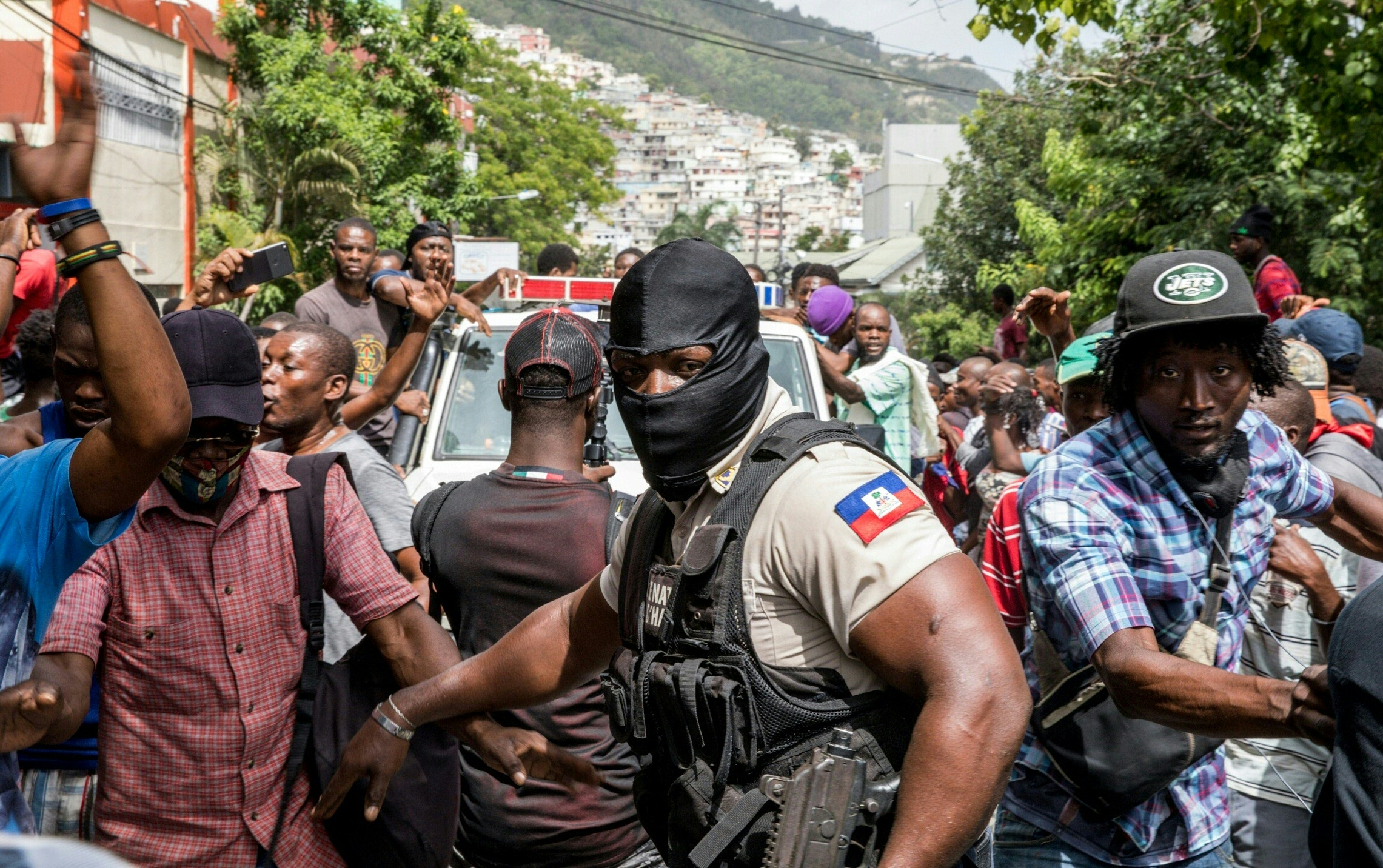 The day after the assassination of the president of Haiti, Jovenel Moïse, Port-au-Prince (the capital) recovered yesterday the sound of motorcycles and some of the usual bustle in the streets as the tension moved to Petion Ville, the elegant neighborhood of the city where she lived. The hunt launched by the authorities to find the perpetrators of the assassination unleashed a wave of anger among part of the population, who took to the streets. An angry mob surrounded the police station where the suspects were allegedly located in the morning and tried to lynch two of them.

Official information confirmed that there are six detainees so far, one of them an American of Haitian descent, and four were killed by the police, according to Mathias Pierre, minister for inter-party relations. “The special units are trying to protect the police station, because the population is very angry and is trying to reach them, to burn them,” said Pierre. “We are trying to avoid that,” he said. Authorities did not release the identity of the rest of the detainees, but the Minister of Communications of Haiti, Pradel Henríquez, described them as “foreigners.”

How the massacre was carried out remains a mystery. Known videos reveal that the operation was carried out by a group of about 30 people who quietly fled the presidential residence in five vans. From the murder it is known that Moïse was shot 16 times in his bed and that his wife is already out of danger in a Miami hospital after being shot. The killers appeared in vests of the US drug agency DEA, although the State Department denied that the attackers were their agents. A source close to the Haitian presidency who prefers not to give her name because she feels threatened confirmed to this newspaper that “it was a perfectly orchestrated operation that requires time and money for its organization.” According to this source, very close to President Moïse, it was an operation carried out “by professionals.” “Although we still do not know who is behind it, it is clear that the president had many enemies among the business monopolies and the political class that lost privileges with the constitutional reform,” he says. And he adds that “a group of 24 US agents arrived in the country on Wednesday to help with the arrests and solve the case.”

The Haitian ambassador in Washington, Bocchit Edmon, said that according to the existing information they could be “foreigners aided by local accomplices.” In videos circulating on social media about the night of his death, a man with an American accent is heard saying in English through a megaphone: “DEA operation. They all retire. DEA operation. Everybody stand back, stand down.

With these wickers, the assassination has disturbed the international community as they see how Haiti is plunged into a new crisis. US President Joe Biden called Moïse’s death “appalling” and said the situation in Haiti is “very worrying.” Other leaders of the region such as the president of Venezuela, Nicolás Maduro, or the president of El Salvador, Nayib Bukele, condemned the murder without folds. The Pope called for calm and the United Nations Security Council met urgently yesterday while calling for calm in the Caribbean nation, aware of how some of the most recent political revolts since the times of the Duvaliers or Aristides have ended.

A can of gasoline

In an interview with the Associated Press, Prime Minister Claude Joseph called for an international investigation into the murder, saying that elections scheduled for September this year should be held. Joseph also referred to the enemies of Moïse whom he described as “a brave man” who had opposed “some oligarchs in the country, and we believe that these things are not without consequences,” he said. The message added tension and narrative in a jaded country where 60% of a population of 11 million people earn less than two dollars a day.

To all the ills that the Caribbean country is experiencing is added the delicate political stability and a twisted combination of circumstances that turn Haiti into a can of gasoline where the match passes from hand to hand. Just a few days ago, on July 5, the assassinated president had appointed Ariel Henry, of the opposition, as a figure of rapprochement to rebuild relations in the face of the presidential and legislative elections indicated as a roadmap to get out of the current crisis. The new prime minister had been publicly appointed, however he had not been sworn in and now the outgoing prime minister, Claude Joseph, says he is not leaving. Joseph made it clear that he would maintain the reins of power by announcing that Haiti was under siege, closing the country’s border and placing it under martial law after a meeting with government ministers. However, the new prime minister ignored the old one and said that “Claude Joseph is not part of my government,” he said in an interview with the Haitian newspaper Le Nouvelliste. Henry added that “we must reach a consensus, I am not the only captain on board” and said that he did not want to “put gasoline on the fire. Joseph would have to have resigned these days so that Henry could form a government. In parallel, the institution in charge of resolving the controversy, the Supreme Court is dissolved and its president died last week from Covid. At the same time there is also no Assembly, since it had been dissolved and Moïse ruled by decree for more than a year.