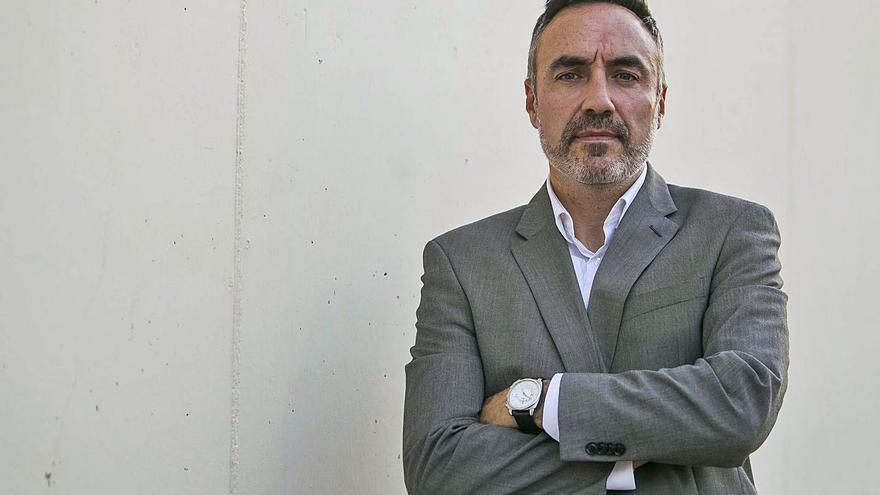 Q The news on the European reconstruction plan is now going through the Hungarian and Polish veto of the EU anti-crisis funds. How can this affect the arrival of these resources?

A There may be delays. But there is already talk of an extra-budgetary advance. One way or another, the funds will come. Nobody conceives that this is going to paralyze them. It is a matter of negotiation. Even if it is at the last minute, everything will be resolved. Furthermore, these countries are also affected in this second wave.

Q How are you working on the 410 projects announced by the President of the Generalitat?

A The regulation that will give the details of the European plan remains to be published, which is expected to be published at the end of the year and, afterwards, each country has to publish its own. Spain is expected to do so in January. Then there are three months for the European institutions to approve each plan. Therefore, until spring the calls will not be activated and that will be when the resources begin to move.

Q But how is working on the actions announced by the president, Ximo Puig?

A We are advancing the work before the regulation is published, which can put things back and approve others. But we are anticipating. The alternative to waiting for everything to be clear is ruled out from the beginning. We preferred to get ahead of ourselves. The 410 projects of the Valencian Recovery Strategy, which have an investment budget of 21,055 million, are those that have been identified by the regional ministries as priorities for the transformation of the economic model of the Community and that would be capable of fitting in with the guidelines of the Commission European, which are digitization, the green economy and resilience. And, now, we are in the phase of meetings with sectors and companies to complete the range of measures or combine projects. In the case of tourism, for example, the plan for the sector, with the type of actions identified by the Generalitat, has an investment budget of 196 million.

Q And what transformation is being sought in tourism, which is one of the activities that has been most affected by this crisis?

A It would be within the lines established by the Commission to advance in digitization and energy efficiency. This sector consumes many energy and water resources and there are investments planned to reduce emissions, also for water infrastructures, although these are other parallel actions from which it can benefit. In addition, there are planned lines of digitization or linked to international marketing to continue promoting this area as a safe destination. There is another pillar of the European plan, which is that of resilience in the public and private sectors. In the public, it sticks to health or social services and in the private, it is about preventing our companies from dying. In addition, the EU plan combines the short term, such as this one for resilience, with another in the medium term. The first is going to involve an injection of capital in vein of unprecedented dimensions in the history of the European Union and are lines to guarantee our future. These are actions planned by the Generalitat, but in the meeting with the sectors and companies, proposals can be incorporated that tell us what actions are important and that mark their future.

Q You say that proposals can enter the Generalitat’s plan or that the private sector put forward its own, but companies are usually allergic to paperwork. Have you detected interest among them in presenting initiatives?

A Public, 100% private or public-private partnership plans can be submitted. We, for example, with the central government are already joining projects. The ideas of the companies can be integrated into actions planned by the Generalitat or alone. The important thing is that we keep our feet on the ground and that we choose well what we are going to propose, because a bad selection to try to get the moon could endanger the project itself. It is also interesting to know that these European funds are financed 100% or 80%. And, yes, we detect business interest and we have to be able to get their cooperation.

Q How will they do it?

R President Puig has already announced that, of the 21,000 million in investments that the budget of the 410 measures of the Valencian Recovery Strategy supposes, actions for 9,055 million will be developed in Alicante. Furthermore, it must be remembered that, in the last seven years, the Community has received European structural funds worth 1 billion. If we now achieve 10%, taking into account our weight in the Spanish economy, of the 140,000 million that correspond to Spain, we would be talking about 14,000 million, but for a period of only three years. And both the Government and the Generalitat have committed to regulatory changes to simplify the bureaucracy.

Q But do the Community plans estimate an investment of 21,055 million?

A Yes, because different financing possibilities are added. It tries to make an intelligent management of all European sources of resources. In addition to the anticovid plan, you can access other funds, Feder or social, and combine them to achieve a rapid and intense reconstruction and another in the more medium term. And there are also resources if several European regions present joint initiatives. And we are already in two of them. I believe that European funds are also a golden opportunity for traditional sectors, but above all, to try to be a first and not third-class region.

From technology to VET centers and new Tram routes

Among the projects that will be developed in Alicante for 9,055 million, there are some that have been talking for a while and others that are new. The best known are the ICAR International Center for Research on Aging; new technological niches for Distrito Digital; the Artificial Intelligence strategy through the Ellis Project; or the new City of Justice. And, among the novelties, there are ecological transition plans, VET centers (Vega Baja and l’Alacantí) or new Tram routes. These are some of the initiatives announced by the head of the Consell, Ximo Puig, in September.