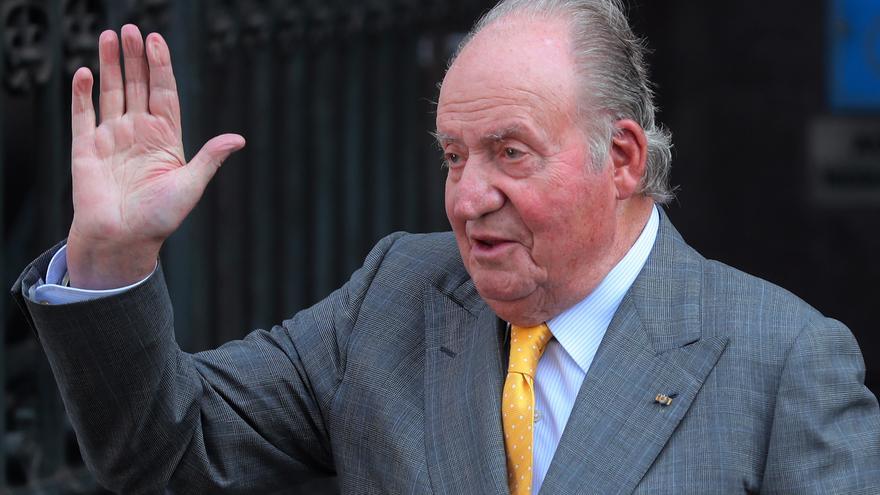 Juan Carlos I took the step this wednesday seven years ago to abdicate his son, Felipe, an event that he will commemorate at his residence in Abu Dabi, in the United Arab Emirates, a country where he has been staying for ten months with no clues as to when he could return to Spain.

The date of the resignation to the throne of Don Juan Carlos coincides with that of his retirement from institutional life, a decision he made two years ago when the magnitude that the controversy would take on was still unknown. his alleged hidden businesses abroad.

The Office of the Supreme Court Prosecutor has opened three investigations in relation to the accounts of Don Juan Carlos.

They are joined by the tax review that is being carried out by the Treasury to examine the two tax regularizations made by the father of Felipe VI, who ceased to be inviolable at the time of his abdication and became a gauge.

The first, encrypted in 678.393 euros, for the use of opaque cards with funds donated by a Mexican businessman, and the second, of 4.3 million euros, for the trips and services that the Zagatka foundation paid for him, administered by his cousin Álvaro de Orleans-Borbón, to starting in 2014, when Felipe VI’s father was no longer inviolable.

No date on when the Office of the Supreme Court, Don Juan Carlos remains in a villa in Abu Dhabi awaiting the evolution of events.

According to sources close to the King Emeritus, EFE said, “he wants to go back to Spain“but they assume that their return will not take place until the Prosecutor’s Office resolves their investigations.

The royal house is silent regarding the stay of King Juan Carlos in Abu Dhabi, while the Government insists that, for now, he has no cause to answer to before the Justice, so he can “return when he needs to. or want “.

“It is in the prime of the presumption of innocence like the rest of the Spanish, “said the first vice president of the Government, Carmen Calvo, on May 12 in Congress.

Since his departure from Spain on August 3, 2020, the previous head of state He has made some attempts to return but they have not curdled.

At Christmas, he conveyed to his relatives his desire to fly to Spain to spend the holidays, although finally declined claiming “the sad situation of the pandemic in Spain and in the world, and for being a high-risk person “.

Don Juan Carlos, 83, was vaccinated against covid-19 at the beginning of the year in the emirate, where he was also immunized. infantas Elena and Cristina when they visited him in February.

Apart from their mobility problems, which force you to move with a cane, ensures that he is in good health and exercises daily.

“And head is the same as always”, The sources add, highlighting that the emeritus king follows the news of what is happening in Spain on a daily basis.

Since last February 15, no his photograph.

Two images of him were released that day, one with the Crown Prince of Abu Dhabi, Mohammed bin Zayed al Nahyan, and another with an Emirati family, with whom they tried to neutralize false rumors about his poor physical condition.

Juan Carlos I is assisted by three assistants due to his status as a former head of state, whose stay in Abu Dhabi and travel expenses pay National Heritage at the request of the king’s house.