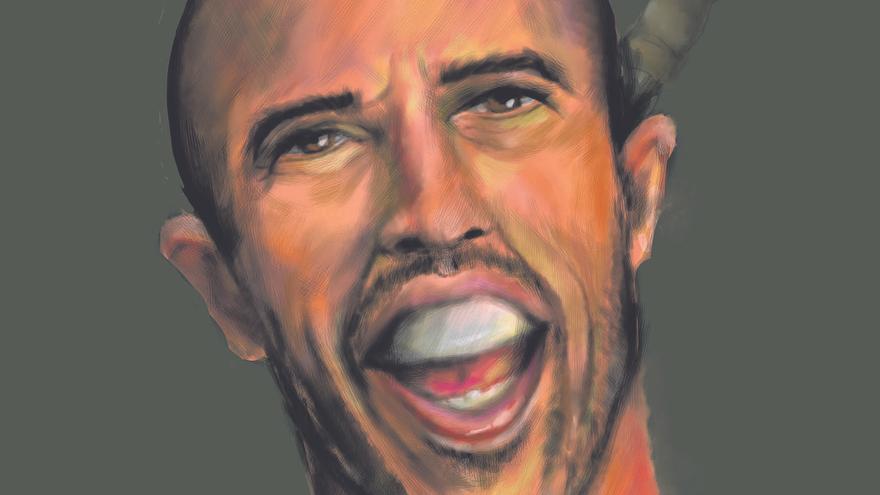 Rabasa got up indignant. The City Council had not included the name of its most distinguished neighbor in the street map of the city, which did include other athletes who had successfully flown the Alicante flag in Olympic events. The neighborhood movement made such a noise with the protest that there was no choice but to baptize a prominent space in the well-known suburban neighborhood of the city with the desired name: Plaza Juan Escarré. Well thought out, it was justice. Rabasa is popularly known for the barracks, for the lagoons, even for the controversy surrounding the construction of houses and a commercial area that never saw the light, but no one realized that in that endearing Alicante corner of historical military traffic was born A little over half a century ago – and he still lives – one of the best athletes that Alicante has produced in all its history.

Son of Antonio Escarré -university professor and Minister of Culture and Environment in the Government of the Generalitat presided over by Joan Lerma- and teacher Lourdes Urueña, little Juan soon fell in love with hockey while he continued without blinking from the band the games in those that his father and uncle Salvador intervened on the land of the Montemar Athletic Club on Padre Esplá Street.

Awakened his passion for this sport, he joined the team of his school, La Aneja, at a young age, to be attached for life to the stick, that wooden stick that, since then, became an extension of his arm.

Once federated, he joined the club of his life, Atlético San Vicente, and began to sculpt a sports figure who, in addition to aptitude, presented his passion for hockey as a weapon.

In the Raspeig entity, a family club made up of friends, began the journey of the competition at the children’s level in those unforgettable trips around the province with the entire team in his father’s Renault 12 station wagon, who was playing coach functions.

The first light that shines on Escarré is lit in a Spanish Autonomies Championship. At 18, he excelled in a tournament in Terrassa to such an extent that the national coach, after being convinced of the ways of that tall young man, urged him to leave Alicante to sign for a Division of Honor club, a step that, he warns , would open the doors of the selection. However, the Alicante man does not see it clearly, hockey is an amateur sport and, despite the varnished requirement of threat (“either you play in the honor division or we will not summon you for the national team”), he decides to stay in San Vicente.

The position changed as a result of Barcelona’92. The one from Rabasa decides to go as a spectator, is convinced that he has a place among the best in the country and decides to sign for FC Barcelona.

Despite the greatness of the brand, Barça does not rule in hockey. However, his coach, Albert Cantón, warns of the quality and projection presented by “that kid from Alicante” and consummates his signing.

Escarré’s explosion comes when Toni Forrellat takes command of the grass selection. The new coach decides to enlist young people to attend the Dublin European Championship in 1995. In Ireland, the Alicante player also makes his unstoppable progression visible. After a match against the Netherlands, a real power in this sport, Marc Delissen, star of the orange team, confronts Escarré, amazed by his performance, to blurt out in English: “Where did you come from?”

Consolidated in the national team, Escarré fixes his gaze on the goal he always had in mind: The Olympic Games. Before him appears Atlanta’96, his dream, a goal that he observes with a different prism from that of many of his teammates. For him, being in the Olympics is not a success in itself; the ribbon that marks the frontier of satisfaction goes much further: to win the most precious medal.

The proof of his ambition comes as soon as the curtain rises. Spain makes its debut in Atlanta against Germany, a rival that historically choked us. The match is scheduled for 9 a.m. the day after the opening parade at the Olympic stadium. In high-level competition, such a circumstance forces the alarm clock to be set at five in the morning. Taking into account that the inaugural parade was expected to last until well into the morning, the rest margin was reduced to a minimum. Faced with this, several Spanish players, among them Escarré, state that, no matter how excited they are to go around the Olympics, the responsibility dictates staying in the hotel and getting to bed at nine at night. The debate is on, being out of focus on the stage that will capture world attention is not a desired dish, but most of them join the position of the Alicante, something that the Germans, present at the parade, who returned to the Olympic village at three in the morning. The advantage of the rest factor was seen hours later: Spain beat the Germans with authority, starting the successful path to the final after leaving Pakistan, the United States, Argentina and even the powerful Australia in the game that gave access to the final. and in which Escarré scores the goal that sentenced the contest.

With the silver assured, Spain gets into the fight for gold with the Netherlands, which has the best players in the world. After a brilliant first half, in which the Hispanics are ahead and can aim, Holland rebuilds and scores three penalties that turn the scoreboard. The second step of the podium, however, tastes of glory and places the team and Escarré, voted best player of the tournament, in the forefront of international hockey.

On that ground, Spain is about to get, two years later, the World Cup held in Utrech, but Escarré is injured and lost in extra time with a golden goal.

The Alicante-born man keeps the rope to attend a third Olympic event in Athens’ 2004, where he ends up fighting for bronze against Germany. The Hispanics fall with a golden goal, seconds after Escarré’s shot went off the goalpost of the Germanic goal, an occasion that would have brought him the second Olympic medal.

The baggage, however, is far above any other elite Alicante athlete: 256 official matches with the national team, 6 European Indoor Cups and three Olympic Games (silver and fourth place in two of them) are figures that speak for themselves.

Curiously, what Juan Escarré is most proud of is a bronze medal that he won with his soul team, Atlético San Vicente, in a national indoor hockey championship held in Santander. Along with his brother, his teammates from his club and those from his University of Alicante, climbing to the last step of the podium in Cantabria filled him with that pride that fills the authentic guys, those who achieved everything and do not brag about anything, to Those that were forged and were happy traveling in a squat in a beat-up Renault12 .Ranchera.