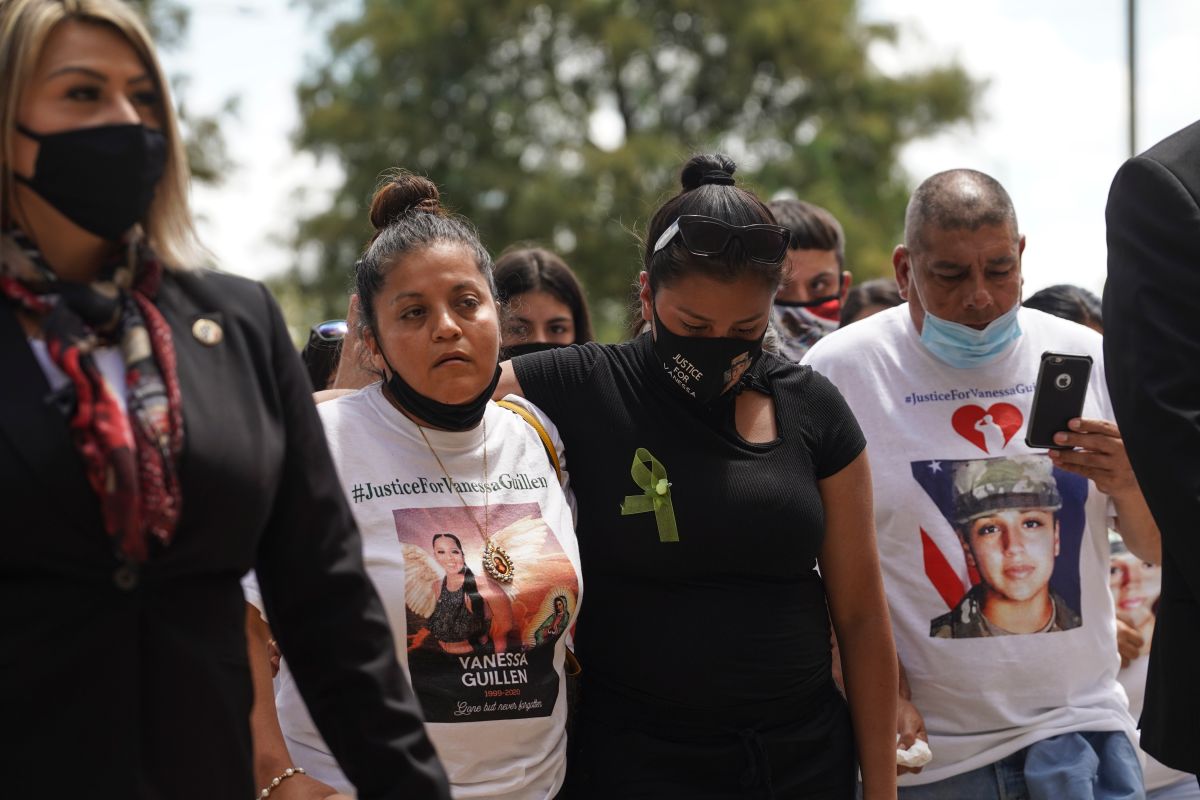 A judge in Texas denied the motion presented by the defense of Cecily Aguilar, accused of helping dismember and burn the body of Fort Hood soldier Vanessa Guillén, which sought to invalidate the confession of the accused to the authorities about her participation in the crime.

At a hearing this Thursday in a Waco court that lasted for about four hours, the judge decided on the appeal filed last March by Aguilar’s lawyer, who alleged that his client’s confession was illegally taken.

In the judge’s ruling, the judge did not agree with the defense position and indicated that the suspect volunteered the information.

The documents presented by Aguilar’s legal representative raised that the officers did not read the Miranda rights to the young woman before questioning her on June 30, 2020.

In the exchange, which for the first time was disclosed in a video in court, Aguilar was questioned about her relationship with suicide soldier Aaron Robinson, main suspect in the case.

ABC 13 reported that, according to its sources, Aguilar told investigators that she was forced by Robinson to participate in the crime by threatening her with a gun to her head until she agreed to accompany him to the León River, where they dismembered and tried to burn Vanessa’s body before throwing the remains into a grave in April of last year.

Robinson, an Army Specialist also stationed at the Killeen base, shot himself to death when approached by agents not far from military space last July as part of the investigation.

The young woman, originally from Michigan, was criminally prosecuted shortly after Robinson shot himself when agents of the Army Criminal Investigation Command (CID) who were leading the investigation and other local and federal agencies intercepted him.

Aguilar, accused of conspiring to tamper with evidence, He would have confessed to the authorities the plan of his then partner to kill Guillén in the Fort Hood armory on April 22, 2020.

The criminal complaint that emerged publicly along with Aguilar’s arrest and federal prosecution, indicates that the day the soldier was lost, on April 22, and the previous one, Robinson and Guillén exchanged messages of text to be found in the armory of the military base.

“He said that she read him the serial number for a piece of equipment and after that, he gave her the working papers and the serial number of a .50 caliber machine gun that needed to be repaired. He said she left the gun room and thought she was going to a motor pool. Witnesses in the warehouse prepared to receive Guillén’s paperwork declared that he did not arrive with the documents ”, indicate the testimonies that the authorities handle as part of the investigation.

It is also specified that two witnesses saw Robinson pulling a large storage box (“tough box”) out of the armory before placing it in the car and leaving the so-called “Great place”.

The court document adds that Aguilar, who would have helped dismember and bury Vanessa’s remains near the Leon River in Bell County, lied about the April 22 date and her encounter with Robinson.

Aguilar, initially claimed that the day of Vanessa’s disappearanceRobinson was with her at her residence all night. She later retracted and admitted that she lied in the first interviews, and that that night, she had gone on a long trip with her boyfriend to a park in Belton to see the stars and then returned home.

Later, Aguilar told authorities that his partner confessed to him that he had hit Guillén on the head several times with a hammer in the armory and that the young woman did not leave there alive.

Additionally, the complaint reveals that Aguilar helped law enforcement to locate Robinson while he was walking through Killeen, Texas. When the Army Specialist was approached, this June 30, by an agent, Robinson pulled out a weapon and shot himself in the head, the chronology of events in the complaint states.

Apparently, the alleged murderer was upset when Guillén complained about his relationship with Aguilar.

The girl, who worked in a gas garage, is separated from a former Fort Hood soldier, although they are still legally married.

The Guillén case provoked mobilizations throughout the country that began with the call to find the young woman (Find Vanessa Guillen) and have led to changes of command in the high hierarchy of the base as well as new measures against the generalized problem of sexual harassment and abuse against women in the Armed Forces.

Before Vanessa disappeared, the 20-year-old had confessed to her mother that she was being harassed by superiors at the military base.

Just over a year after the murder, the United States Army admitted for the first time that the soldier was the victim of “sexual harassment and abuse” by a superior of the base before she was killed, according to the internal investigation whose findings were released on Thursday. April 30 last. The report also revealed that Robinson had sexually harassed another soldier.

The report did not provide sufficient evidence to conclude that Robinson sexually harassed Guillén or that they had a relationship outside of their work environment.