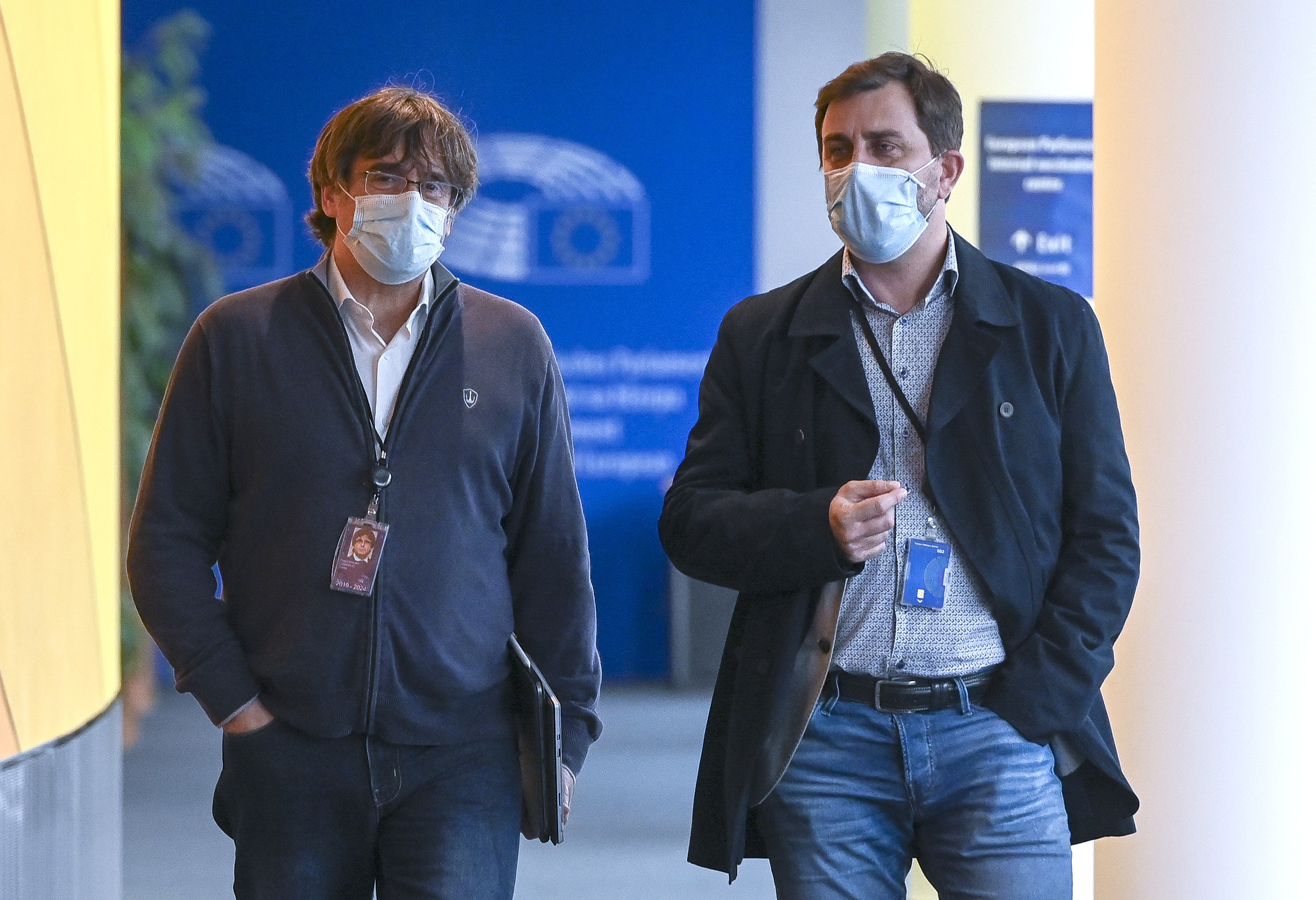 The instructor of the cause of process In the Supreme Court, the magistrate Pablo Llarena, has sent this Thursday a letter to the court of appeal of Sassari (Italy) to warn him that the euro order against Carles Puigdemont is still in force and ask for the “immediate delivery” of the former Catalan president to be tried in Spain. In an official letter sent to the representative of Spain in Eurojust to be referred to the Italian judge, Llarena recounts all the steps that have taken place since the issuance of the euro order against Puigdemont on October 14, 2019 and incorporates the order in which he agreed the provisional prison of the ex-president, which, he assures, is in force.

With the letter sent this Thursday, Llarena intends to keep alive the process of execution of the euro order that began last Friday, after the arrest of Puigdemont in Sardinia, and that is reeling from the doubts generated about the immunity of the ex-president and the alleged suspension of the Euro order issued against him. “There has been knowledge of certain information that denies that the European arrest warrant for Carles Puigdemont i Casamajó may be in force,” Llarena begins his letter, in which he opposes the thesis maintained by the State Attorney in the information sent to the General Court of the European Union and that led it to lift the immunity of the former Catalan president on July 30.

The instructor of the process ensures that the euro order is still in force and that it has not been suspended due to the raising of a preliminary ruling before the European justice. Llarena recalls that the recommendations of the EU to the national courts on the presentation of preliminary questions establish that the presentation of a request for a preliminary ruling such as the one presented in this case entails the suspension of the procedure until the Court of Justice of the EU pronounce.

However, the judge warns, the recommendation itself emphasizes that the adoption of precautionary measures is not subject to this mandatory suspension regime, but rather it will be the national court that decides whether to suspend it or not. And the prison order of the former Catalan president and the European arrest warrant that were adopted on October 14, 2019 -the day the Supreme Court convicted Oriol Junqueras and five other members of the Government of Puigdemont- have, according to Llarena, “ an indisputable precautionary nature ”. “They are decisions that serve to ensure that the escapee remains at the disposal of the Justice and a prosecution can be addressed that – until now – has been prevented by the escape,” warns the magistrate, who recalls that he has not issued any decision that modifies or that suspend the euro order.

Llarena reviews one by one all the steps that the procedure has followed since it began in 2019 and the legislation that regulates it, and concludes that he is the only one competent to activate or deactivate the euro order and that, since he has not done so, he follows active. The judge also recalls that the European Parliament lifted the immunity against Puigdemont in March and the EU Court of Justice ratified this decision last July; and accuses the State Bar of having erroneously reported that the Eurorder was suspended despite knowing that it was not. “This situation [que la orden de detención estaba vigente] would not be unknown to the State Advocacy, as it is a party to the criminal procedure that is followed before the Supreme Court of Spain “, maintains the judge, who warns that the Supreme Court has never notified the legal services of the Government of the suspension of the euro order,” nor the State Advocacy it has promoted such a decision to take place ”.

The judge asks the Italian court to agree to the surrender of the former president so that the Spanish justice can continue with the proceedings against him. But Llarena also marks the way for the case that Puigdemont’s defense, as he has announced, asks the European justice to restore his immunity in a precautionary way. If that happens and the European court agrees, the Supreme Court examiner asks Italy to suspend the process of execution of the euro order and adopt “the measures that may be understood as necessary to guarantee that the material conditions necessary for an effective delivery continue to be met. ”When Puigdemont loses the shield that he has as a member of parliament again.

In the event that the European Parliament maintains Puigdemont’s immunity withdrawn, the judge leaves the decision to paralyze the execution of the Euroorder in the hands of the Italian justice until the Court of Justice of the EU rules on the preliminary ruling raised in the procedure followed in Belgium, provided that Italy understands that this issue may affect its own decision.