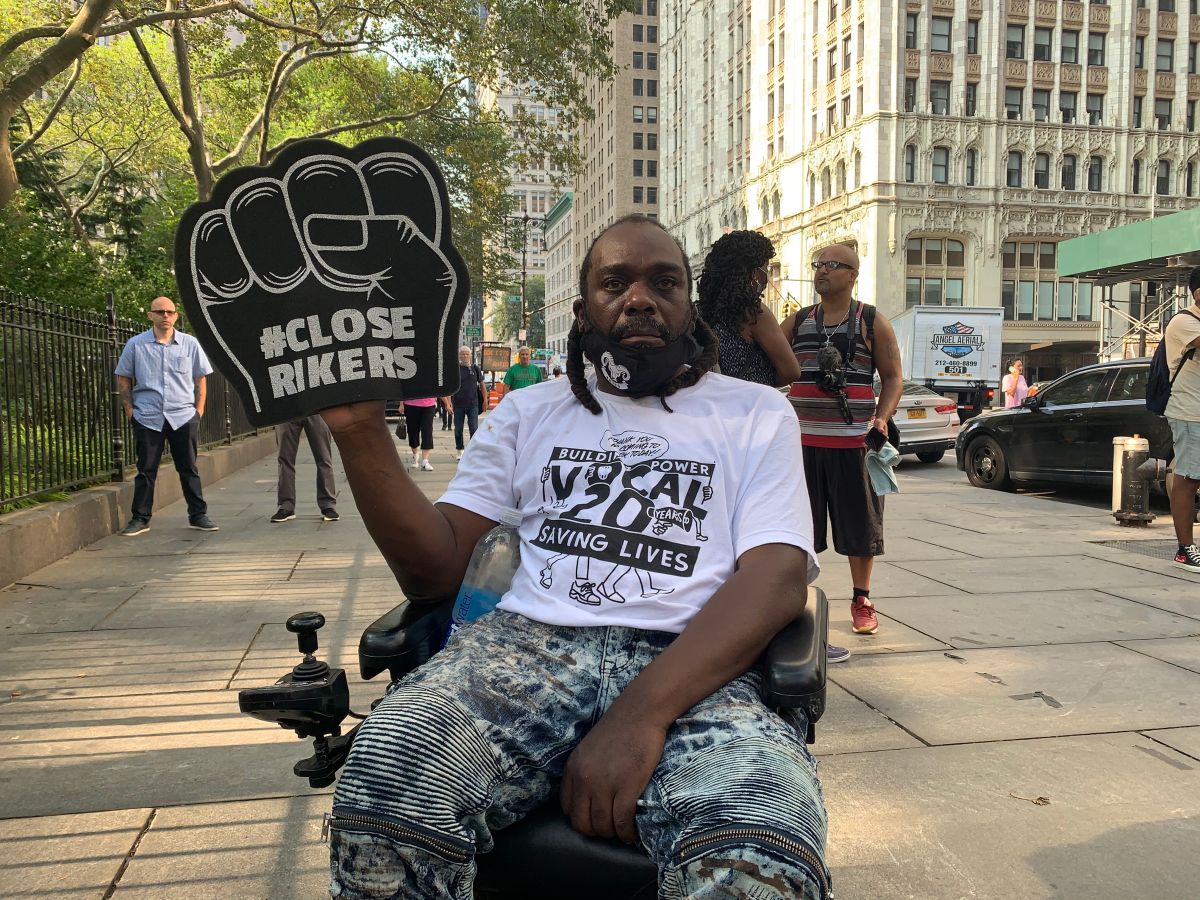 Then last week will increase complaints about subhuman conditions in which the more than 6,000 prisoners who are being held in the Rikers Island jail live, which reaffirmed the “state of emergency” in which that prison is located, this Friday a judicial hearing took place to try to find solutions to the humanitarian crisis that exists there. Violent acts have increased by more than 170%, compared to the previous year, and stab attacks soared by 450%.

The hearing happened just when a federal monitor stated that, in order to address the worrying problem of the prison, where this week the number of dead inmates rose to 12, five of them through suicide, it is required “external experience ”.

According to the federal official, it is urgent to replace the bad management what municipal authorities have shown in the management of the prison, planned to close in 2027.

The monitor emphasized the “prevalent” failures that the prison of Rikers Island and he stated that bold and immediate actions must be taken to put an end to what is lived in that prison.

“We are very concerned that the Department of Corrections has not made any appreciable progress to improve the dangerous conditions in the prisons,” he wrote el monitor Steve Martin, in a letter taught in the Federal Court of Manhattan, before Judge Laura Swain. “The current state of affairs is nothing less than an emergency that poses an immediate threat to the safety and well-being of inmates and staff.”

The federal monitor insisted that the crisis has worsened considerably, without the responsible authorities having succeeded in controlling the wave of violence and brutality.

“Conditions in prisons have deteriorated significantly in recent months,” warned the federal representative. “The harm suffered by incarcerated individuals and staff is directly related to and caused by the inability of the Department of Corrections leadership to address a wide range of security breaches.”

Recommendations for a solution

After the hearing, in which complaints were heard about “The hell” that Rikers Island has become, Judge Swain ordered the City, the federal monitor, and the advocates association The Legal Aid Society, to meet this weekend and next week to seek an agreement with recommendations issued on how to resolve the humanitarian crisis on Rikers Island.

Likewise, the federal judge ordered that the parties participate in another hearing next week, in order to analyze possible disagreements.

In the diligence this Friday, the federal monitor recalled by way of example what happens in Rikers, that the guards did not react when an inmate hanged himself.

“Just two days ago, I reviewed an incident where officers six feet from a hanging inmate who was in their direct line of sight did not detect that … and an officer walked directly in front of the cell and did not detect it,” said the Friday. “In the end they turned around and looked at that hanged prisoner.”

“Those plans have a significant gap and do not address the pervasive mismanagement and security flaws prevalent within prisons,” the monitor said.

“Put bluntly, the plans of the City and the Department of prisons are not sufficient to address the imminent risk of harm to persons in custody and staff arising from the malfunctioning of prisons (…) This worrying state of affairs it certainly casts doubt on whether the Department’s leaders possess the level of competence to run prisons safely, ”he added.

The federal monitor further recommended the appointment of an external Security Operations Manager “with significant experience in correctional security.”

Following the hearing and complaints from the federal monitor, the De Blasio finally announced that he will visit
the jail of Rikers Island next week.

“Next week, I’ll go visit him. I think it is time, because we have been able to address a series of problems, and I want to see if the solutions are working or whatever else we have to do, “said the local president.

Meanwhile, the ombudsman Jumaane Williams He was pleased that the federal monitor is intervening to help address the Rikers Island crisis and after learning that De Blasio will go to that prison, he criticized him for having turned his back on the crisis.

“The Mayor finally agreed to visit Rikers the next week, as a result of sustained pressure rather than his sense of duty, does not excuse his long absence in presence or leadership. The monitor is correct that the City’s role in allowing this emergency to grow and its failure to respond with the necessary speed and scope have made it clear that more staff and resources are needed on the island as we work to decarcerate and return to the staff to work safely and simultaneously, ”Williams said.

“Help is urgently needed from an outside entity to restore and protect the health and safety of incarcerated people and staff alike.”

In the audience, State Attorney General Letitia James, asked the judge to issue all appropriate corrective orders to address conditions at Rikers for correctional officers, staff and incarcerated individuals.

“These tragic events suggest the need for swift corrective action to improve safety, access to medical care, and adequate working and living conditions for everyone at Rikers and VCBC, even as our investigations are ongoing,” said James. “The accounts of chaos, dysfunction and violence that have been reported by incarcerated people and correctional staff are deeply disturbing.”

A group of eight state Democratic lawmakers also called to President Joe Biden intervene in the prison situation, as well as the Justice Department.