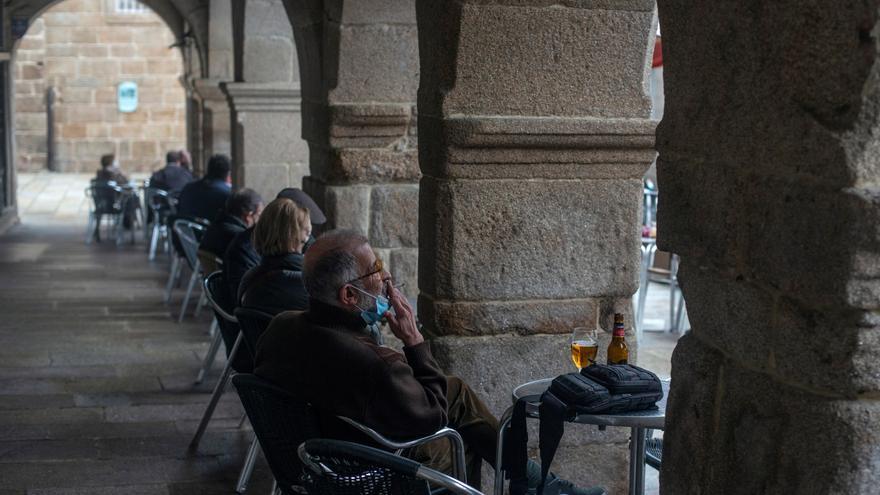 The autonomous communities continue, one more day, pending the decisions of their superior courts. Alarm status expired, the balance of judges leans more in favor of limiting meetings and perimeter closures in municipalities with high incidence than to keep curfews.

Murcia and Galicia have been the last two autonomous communities that have obtained the endorsement of their courts superiors of justice to limit the meetings of non-cohabitating people to six, in the first case, and prohibit them during the early morning in the second.

In general, the higher courts do not seem inclined to maintain curfews: only authorized for the moment in the Balearic Islands and the Valencian Community, and rejected in the Basque Country, the Canary Islands and Navarra.

However, there is scope for difference. The Galician High Court has given the green light to the prohibition of meetings between non-partners between one and six in the morning throughout the autonomous community.

And the third section of the Administrative Litigation Chamber has approved the curfew at 23:00 and the perimeter closure in five municipalities that present a maximum level of health alert.

The uneasiness of the communities for leaving the de-escalation in the hands of the courts is evident. Also between the Government and the opposition and this has been reflected in the control session of Congress between Pedro Sánchez and Pablo Casado.

And this Wednesday who best staged it, at the local level, has been the mayor of Madrid, José Luis Martínez Almeida, and the government delegate, the socialist Mercedes González.

At a press conference, after meeting to address restrictions for the day of San Isidro (May 15), and in order not to repeat the agglomerations of last weekend, Almeida and González have had a clash on account of the measurements.

González herself has compared the performance of both in the middle of a press conference with the “Pimpinela duo”.

And on the curfew in the Community of Madrid its president has spoken, Isabel Diaz Ayuso, who has ruled out asking for it to avoid “slaps in court”.

What Ayuso will ask for is an investigation commission on the traffic at Barajas airport and its relationship with the incidence of the coronavirus in the region.

In the Basque Country, the first community in which the Superior Court of Justice refused to maintain the night curfew, the Lehendakari Íñigo Urkullu has today guaranteed the “commitment” of his Government to ensure that security measures are kept in the next three months, “the only ones that are in our hands.”

Urkullu has assured that “with or without a state of alarm, we must all comply with the measures” to face the pandemic.

For its part, in the Canary Islands, its president Ángel Víctor Torres has confirmed this Wednesday that in principle the Executive will not appeal the abolition of the curfew although the elimination of the perimeter closure, since he understands that this last measure together with the limitation of the Groups are essential to control the pandemic.

In Navarra, Vice President Javier Remírez has assured that the Provincial Government will continue with a “prudent flexibility “of the measures adapted to the regulations and judicial decisions and taking into account the epidemiological evolution that is “more positive than expected”.

Ramírez has explained that the regional order of May 9 is in force until the 20th with the corrections derived from the resolution of the Superior Court of Justice of Navarra, which eliminated the curfew and the closing hours of the hospitality terraces, which had been set until 10:00 pm.

As of the 21st, a new regional order will be issued with the provision of “applying what is collected at the covid traffic light by the Government of Navarra corresponding to a high risk situation “.

While, Aragon hopes to face the pandemic only with the Aragonese law.

The Aragonese president, Javier Lambán, has ruled out a priori the possibility of requesting the application of a new state of alarm or a new curfew and has insisted that Aragon has its own law against the coronavirus, and will apply it.

“With this law,” he said, “we are going to try to respond to all the problems that ariseI sincerely hope that they will be less and less important, and if at a certain moment, which I hope will not come, it is seen that our measures are insufficient, we would try to find another way out of the problem. ”

Lambán has not specified what type of exit he refers to but has admitted that for public opinion it is not reassuring that some communities allow one type of measures, and not others.

These divergences have already occurred, for example, in Andalusia, where the Superior Court of Justice did not protect the closure of the Montefrío town in Granada, a restriction that it did endorse in the case of three towns in Córdoba and Cádiz.

In Extremadura, the court has approved the perimeter closure of five municipalities of the province of Badajoz, for being at risk.

And with this regional scenario, the State Attorney General’s Office has chosen today not to set a common procedural criterion for all prosecutors when they come to review the restrictions agreed by the governments of the autonomous communities.