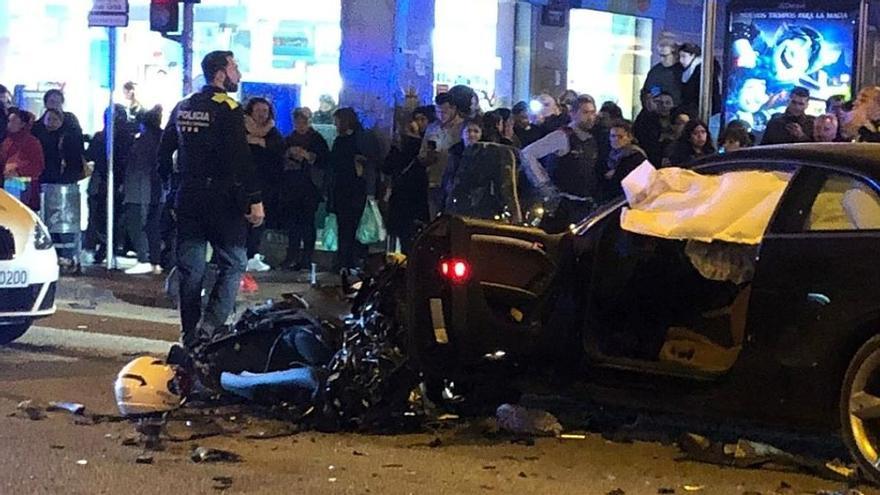 Killing at least two people driving drunk or drugged will be punished more severely. The Barcelona Court has applied a reform of the Penal Code of 2019 that aggravates the usual penalty request. This ruling, to which El Periódico has had access, sentences Jordi PS to five years and nine months in prison who, under the effects of alcohol and narcotics, threw a motorcycle in Badalona and caused the death of its two occupants. It is the first resolution of this type issued in Catalonia and the third in Spain, according to the sources consulted by this newspaper.

The article of the Penal Code (142 bis) used by the judges, at the request of the prosecution and the private prosecution, allows requesting a sentence higher by one degree in accidents with two or more deaths if “the fact is notoriously serious, in attention to the “singularity” of the event and the “relevance of the risk and the breached normative duty”. Reckless driving under the influence of alcohol and drugs falls within this context.

In the case of the Badalona accident, the Barcelona Prosecutor’s Office demanded, in response to that 2019 reform, a total of eight years and six months in prison and the private prosecution, eleven and a half years. However, the court of Section 21 of the Barcelona Court does not impose that sentence, understanding that one of the crimes attributed to the accused, that of abandoning the scene of the events, was attempted, so it lowers the conviction, and another, that of resistance to authority agents, did not occur, for which they acquitted. What’s more, unifies three crimes against road safety in just one. In this way, the magistrates consider the defendant guilty of a crime of reckless driving in competition with two homicides due to serious recklessness, as well as another of injuries due to serious recklessness due to the injuries caused to the driver of another vehicle. set a compensation of almost 500,000 euros for the family of the two victims and 12,600 euros for the injured.

The lawyer Javier Benito Gadea, from the Vosseler office, which exercises the private prosecution, has assured this newspaper that “it is a clear victory” within the margins established in the current legislation” that, in his opinion, “must be urgently modified so that acts as serious as those that concern us can have the criminal reproach that they clearly deserve.”

The sentence declares proven that at around 8:35 p.m. on March 6, 2020, the defendant, Jordi PS, was driving a Volkswagen Golf vehicle along Calle Maresme in Badalona, ​​doing so under the influence of alcohol and narcotic substances, “for which he had diminished his psychophysical faculties”, with the consequent slowness of reflexes and reduction of the visual field. Realizing the presence of a police patrol that was driving behind him, he fled at high speed, invading the road in the opposite direction for about 200 meters. He omitted, underlines the resolution, “the most elementary precautionary measures in his driving.”

Arriving at Alfonso XIII avenue, JPS turned, driving in the opposite direction in a zigzag, running red lights and having to “brake hard” other vehicles to avoid colliding. Pedestrians who were crossing the road had to jump to avoid being run over, “thus endangering the people” who were on that street. The accused reached a speed of 133 kilometers per hour, when the limitation is 50 kilometers per hour.

Upon reaching the intersection with Calle Joan XXIII, the accused “turned sharply” to the left, “again invading the opposite direction” and colliding head-on with the motorcycle that was circulating correctly, dragging it until it collided with another car, an Audi A5, which was behind the moped. As a result of the accident, the motorcyclist and his partner died. The driver of the Audi A5 was also injured (hence the crime of injury due to serious recklessness).

Also Read  The Menstrual Month: How to Exercise Effectively at Every Stage of Your Cycle | Fitness