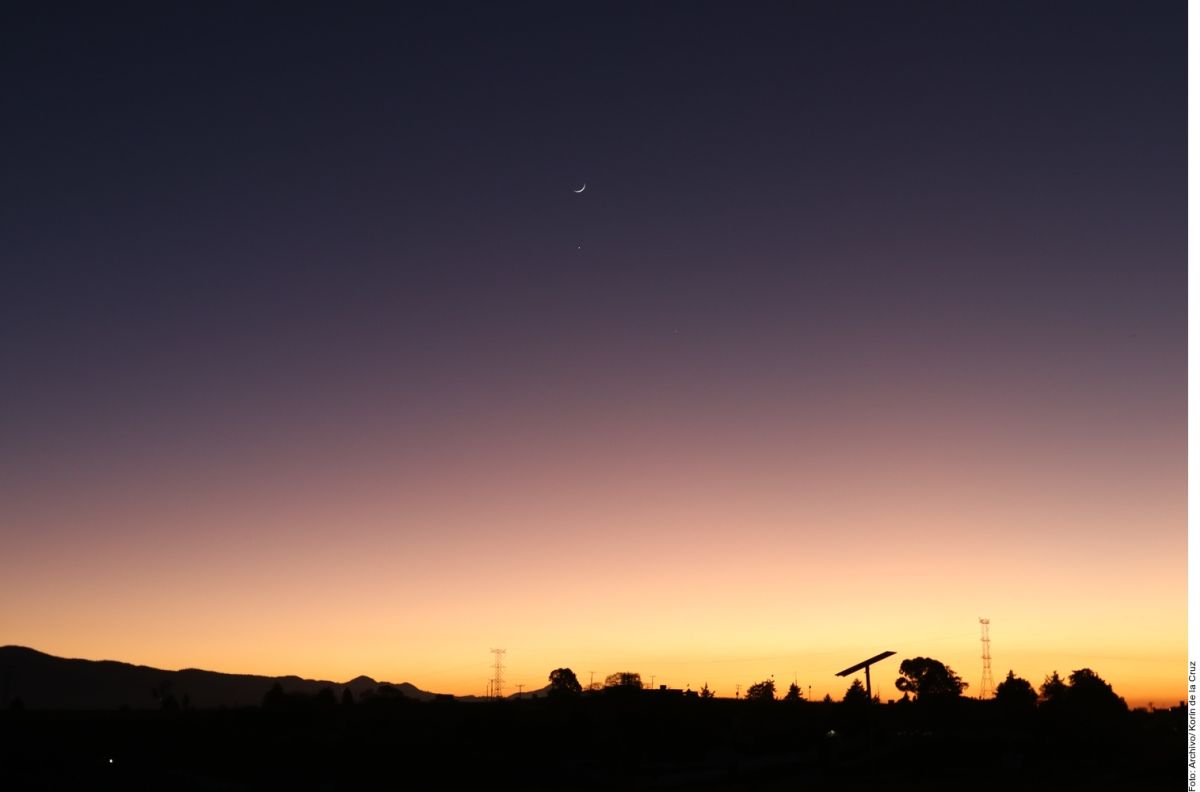 2020 will say goodbye amid a global pandemic, but also a astronomical show where two planets will “meet” and will look like a great star that will shine in the west, just as the sun sets.

Jupiter and Saturn each day they get closer and tonight, December 21, 2020, there will be a “super conjunction” of these two planets; the last time they were this close was 886 years ago.

“The alignments between these two planets are quite rare, they occur once every 20 years or so, but this conjunction is exceptionally rare due to how close the planets will be to each other”Said astronomer Patrick Hartigan, professor of physics and astronomy at Rice University in Houston.

To see them You have to be aware of the sunset, because as soon as it is hidden, these two planets will appear in the sky.

“They will be so close that they will practically look like a single star like that at first glance. As soon as the sun sets, behind the Sun these two planets will go, we will have an hour or an hour and a half to admire them, because after that they will hide ”, expressed the astrophysicist from the University of Guadalajara in Mexico, Alejandro Márquez Lugo.

On December 21, in addition, the winter solstice will be held, when the day will be shorter than the night; and there will also be a shower of stars, the Ursids, which are given by the passage of the Earth through the orbit of Comet 8P / Tuttle.

WHERE TO LOOK TO SEE THE ‘GREAT CONJUNCTION’ OF JUPITER AND SATURN?

Unlike other astronomical spectacles, such as meteor showers, where there are certain conditions that allow better visibility, the great conjunction of Jupiter and Saturn is something that can be seen with the naked eye.

It doesn’t matter from which part of the world you are, The Great Conjunction can be seen from almost anywhere on Earth, approximately one hour after the sun setsHowever, you will have to take into account the climatic conditions of your country to be able to appreciate them.

To observe them you can do it by looking to the southwest, especially towards the horizon as soon as it starts to get dark, details the doctor in engineering Alejandro Farah, academic technician in the Department of Instrumentation of the Institute of Astronomy of the National Autonomous University of Mexico.

“Where the sun sets, that is the west; from there you have to trace a little south, about 30 degrees, and they will see it there ”, he specifies.

If you are in New York, California or London, you can best observe the conjunction after sunset. Waiting an hour after the sun sets will only bring the planets closer to the horizon.

“In Mexico, at 6 in the afternoon, which is already practically dark, it is going to be an incredible show. Those who have binoculars or a telescope will be able to focus them together, which is something very difficult to achieve, ”says Alejandro Farah.

For astronomy buffs with one of these observing instruments, Farah notes that it will be possible to perceive some of the moons of Jupiter – for the first time observed, in fact, by Galileo -: Callisto, Europa, Ganymede and the plagued volcanoes Io, the site with the most volcanic activity in the entire Solar System.

On the other hand, when pointing the instrument at Saturn, the rings that revolve around the planet extending hundreds of thousands of kilometers will be seen quite pronounced, as well as Titan, the largest of the 53 natural satellites that orbit it. .

“My recomendation is: everyone who has a telescope, take it out and point it at anyone; they are going to be surprised. It is practically once in their life that they will have these two celestial objects, these planets, in the same field of view of the telescope ”, emphasizes Farah.

Other places where you can appreciate this astronomical phenomenon, in case you cannot see it in your country due to weather conditions, is through the Lowell Observatory in Flagstaff, Arizona, who from 5 pm (ET), on his YouTube channel, which you can enter from HERE, it will display live images with the help of its telescope. Another site available is the Virtual Telescope Project in Rome which also from HERE you can enter to see its live broadcast.

So now you know, there is no better way to celebrate the longest night of the year than by looking at the stars and the conjunction between Jupiter and Saturn. If you miss this astronomical event, you will not see it again until October 31, 2040, when both planets will be seen close again, although not with the same closeness.