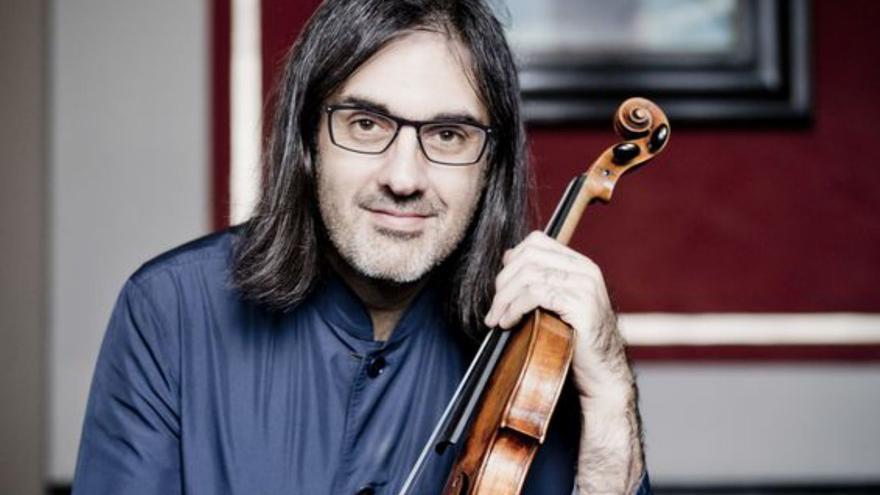 In October 2015, the fifth symphonic season of the ADDA was brilliantly opened by the same stars of tonight’s concert: Russian conductor Vladimir Jurowski and Greek violinist Leonidas Kavakos. Then they did it with the London Philharmonic Orchestra and today they do it with the Berlin Radio Orchestra, of which Jurowski is the new principal conductor.

u On October 29, 1787 Mozart premiered at the Ständetheater in Prague the humorous two-act drama Don Giovanni, ossia Il dissoluto punito (Don Juan, or El dissoluto punito), with a libretto by Lorenzo Da Ponte. The opera, whose action takes place in Spain around the myth of Don Juan, emerged from the seventeenth-century work El Burlador de Sevilla by Tirso de Molina, was one of the great Mozartian successes from its first performance, which was attended by the famous Giacomo Casanova. Mozart and Da Ponte had been in Prague since the beginning of that month of October, writing and composing the last parts. As can be deduced from the manuscript of the score, the Overture that we will hear today was written at once on the same opening night. From the first note of this Overture, it is evident how Mozart raised his music above the comic-humorous opera to the height of an unearthly tragedy, a crude and dark music from the sweetness of love to the horror of death. Don Giovanni is considered the culminating point of Mozart’s stage creation.

Concerto for Violin and Orchestra, in D major (opus 77)

u This concerto is one of the most popular works by Brahms and in the entire violin repertoire, such as the Beethoven, Mendelssohn or Tchaikovsky concertos. Brahms had originally foreseen four movements but finally suppressed the scherzo which, modified, was incorporated into the second of his piano concertos. The work was premiered on January 1, 1879 in Leipzig with the great Joachim as soloist and Brahms himself conducting orchestral conducting. The concerto was conceived for Joachim, a longtime friend of Brahms, to whom he submitted the score after it was completed in the summer of 1878 at Pörtschach, on the banks of the Wötersee. Joachim initially considered her untouchable and requested a series of modifications that Brahms accepted with difficulty. It was precisely how difficult the solo parts were to play that made it take time for it to prevail in the repertoire, despite the efforts of the violinist Joachim. The French composers Lalo and Fauré disapproved of the work and the Spanish Pablo Sarasate always refused to play it. The cadenza for the soloist with which the first movement concludes, before the final coda, was not written by Brahms and there are versions by Joachim, Auer, Kreisler and others.

u A study by Paul-Gilbert Langevin revealed in 1980 that La Grande was composed by Schubert in the years 1825 and 1826, thus solving the problems posed to musicologists by a work whose score was dated March 1828, a date assumed that the author put modifying the actual three years earlier. The ninth of his symphonies was started at Gastein in 1825 and presented the following year at the Geselschaff der Musikfreunde. The musicians of the Gesellchaf der Musikfreunde never performed it because they considered it to be beyond their means. The work was released eleven years after the death of the composer by the efforts of Robert Schumann. It was Felix Mendelssohn who conducted it for the first time on March 21, 1839 in Leipzig, leading the Gewandhaus Orchestra, in an abbreviated version. It is a monumental work whose duration exceeds one hour when all the repetitions that appear in the score are executed. It is considered one of the great moments of the symphonic music of the 19th century, compared to Beethoven’s Ninth Symphony, and which already announces Bruckner. A colossal work by a composer barely twenty-nine years old who could never hear it.