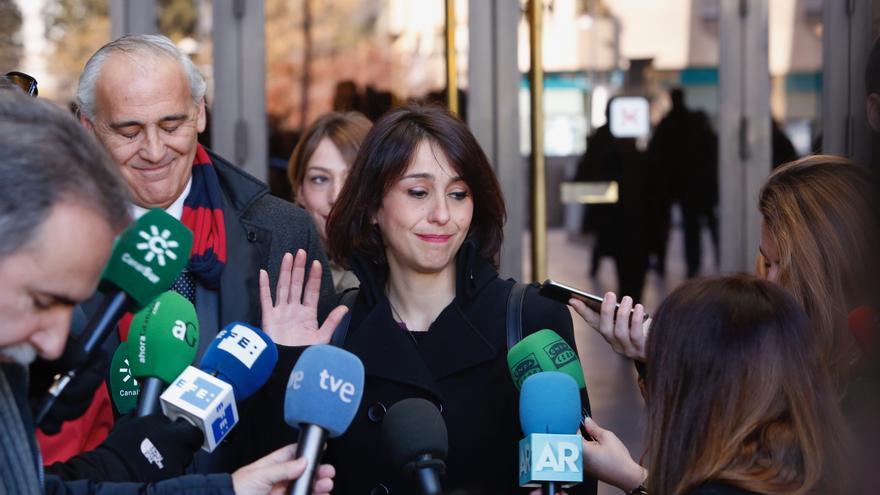 The Ministries of the Interior and Justice have voted against of the mandatory report on the Strategic Plan for Equality between Women and Men 2022-2025 for containing a complaint of institutional violence suffered by women, with an express mention of the cases of Juana Rivas, Irume Costumero and María Salmerón, have informed THE PERIÓDICO DE ESPAÑA, a newspaper that belongs to this group, Prensa Ibérica, sources familiar with the procedure.

From Justice they wield that they shared the content of the entire report, but not of a paragraph in which institutional violence is condemned, considering that there is no specific definition what is institutional violence and that using this term without prior reflection may have unwanted effects and deterrents for victims, who could stop turning to the system for protection. Interior has not responded to the requirements of this medium.

No equality plan for five years

Spain has had no Strategic Plan for Equal Opportunities since 2016, which is in charge of establishing the lines of action of the administration to move towards equality between women and men. The Women’s Institute has drawn up the III Plan, for the years 2022-2025, which it expects to be approved by the Council of Ministers in the first quarter of the year.

This Plan must be accompanied by a mandatory report prepared by the Council for the Participation of Women, which was approved this Thursday, although with the votes against the ministries of Fernando Grande-Marlaska and Pilar Llop.

Interior and Justice showed their disagreement with the text for a single paragraph, which denounces the institutional violence that Spain exercises against “protective mothers” such as Juana Rivas, Irume Costumero -that he lost custody of his daughter after being accused of “parental alienation syndrome” – and Maria Salmeron – convicted on several occasions for preventing her daughter from visiting her father, convicted of sexist abuse.

The report calls for proposals to be put in place in the educational and judicial spheres to prevent “protective mothers” like the three mentioned (in the case of Rivas, she has received a partial pardon from the current Government and Salmerón was pardoned on several occasions by the PP Executive) Sean object of violence institutional. In this sense, the Council for the Participation of Women requests “a deep reflection on the role of the judiciary” and the promotion of effective measures so that women do not find themselves in situations of helplessness.

Justice and the Interior asked to withdraw that paragraph to give their approval to the report and as it was not eliminated, they voted against it, sources present at the meeting inform EL PERIÓDICO DE ESPAÑA.

Justice alleges that it could have an undesired effect

From Justice they explain that they could not subscribe this paragraph because there is currently no specific definition and agreed on what institutional violence is, and neither appears in the report or in the Strategic Plan.

The sources of the Ministry of Llop indicate that using this term without prior reflection could have unwanted effects and deterrents for victims, who could stop using the system to seek protection.

The sources add that, beyond this content, share the rest of the report and they emphasize that the text has been approved and that the position of Justice and the Interior neither invalidates, limits, nor stops the processing of the Equality Plan.

However, from the organizations they denounce that the opposite vote “it’s very seriousThey deny institutional violence, they do not recognize it or think that anything needs to be done. (…) Justice is patriarchal, a serious obstacle to equality and they refuse to recognize it, “denounce sources present at the Council meeting.

The report on observations on the Equality Plan has been prepared by the Council for the Participation of Women, an advisory and advisory body of the Government. The objective of this body is to be the channel for the participation of women’s organizations in the development and application of the right to equality and to act as an interlocutor of the entities representing women before public administrations.

The Council is made up of twenty council members occupied by women’s organizations, 13 representatives of the Public Administrations (ten from the Government, two from the autonomous communities and one from the Spanish Federation of Municipalities and Provinces -FEMP-), four representatives from business and trade union organizations at the state level and three experts on equality.

The III Equality Plan will consist of four axes of intervention: good government, economy for life and fair distribution of wealth, guarantee of lives free from sexist violence and effective rights for all women.