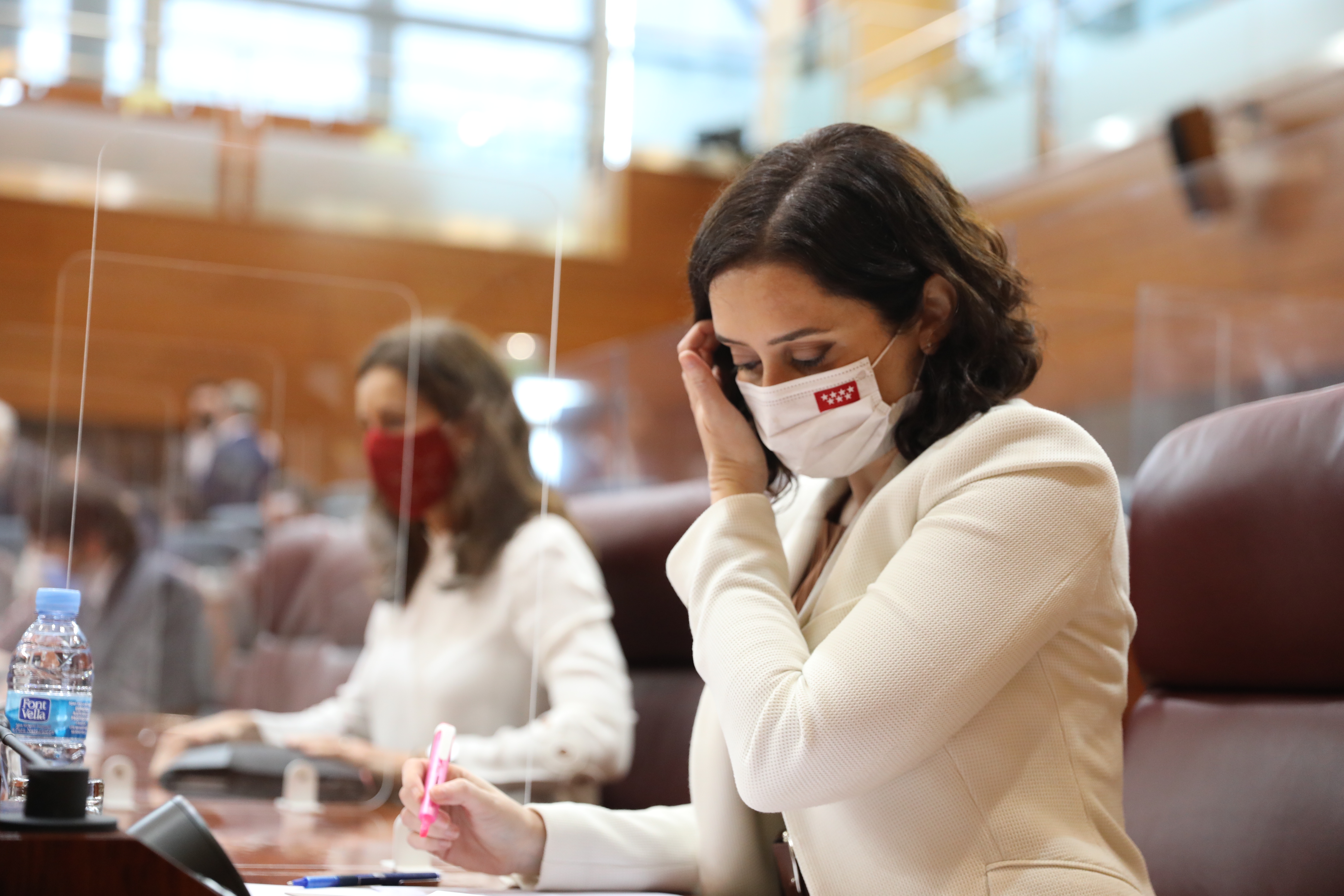 The judges this Sunday gave way to the holding of elections in Madrid on May 4 by denying the suspension of the decree of dissolution of the Autonomous Assembly, a measure that had been requested by the Chamber. The judges defend the power of early dissolution of Parliament by the regional presidents as a key spring “in situations of serious institutional conflict”. The order gives determining value to the signing of the decree of dissolution, which cannot be stopped by motions of censure presented later.

In several passages of the resolution, of 22 pages, the court emphasizes that it does not prejudge the merits of the matter – on which it has not yet ruled – and insists on more than one occasion that the object of this dispute is a clash between the executive and legislative power, both at the regional level, in a conflict that faces competences and interests of great importance, in both cases legally protected. Without resolving, therefore, if the decree of dissolution of the Assembly signed by the president of the Community, Isabel Díaz Ayuso, was fully in accordance with the law, what the order issued yesterday agrees is not to suspend it due to the fact that the same day Two motions of censure will be presented – from the PSOE and Más Madrid – against his Government.

The court – made up of four magistrates and one magistrate – emphasizes that the president of the Community signed the decree of dissolution at 12:25 pm on the 10th, while the first motion of censure was presented at 13:03 and the second at 13:07. . This data is very relevant. The appeal stated that the provisions of the decree did not enter into force until its publication in the Official Community Gazette, which did not occur until the following day, as established by the electoral law. Therefore, according to the lawyers of the Chamber, the processing of motions of censure should prevail, under penalty of curtailing the powers of Parliament.

The car, on the other hand, does not share this thesis. The court emphasizes that its purpose is not to give “prevalence” to the executive or the legislature, because both serve the “general interest”, but it does want to “protect” the one that in principle appears “most in need of protection.” And this is due to taking into account “that it contains the legitimate exercise of a constitutionally recognized power, such as the early dissolution of the legislative body and the calling of elections.”

The resolution defends that by protecting this power of dissolution of the Chamber, it does so with respect to an interest that not only reaches “the executive power” of the Community, “but even more relevant, to the citizens of the same and in which national sovereignty resides ”. With these arguments, the court responds to the appellants’ idea that the freezing of the motions of censure restricted the rights of the Assembly and the citizens represented therein.

The court considers that the Board did not explain in its appeal “for what reason” the interest in the parliamentary reactivation should prevail and resolve the motions of no confidence, as opposed to the interest that underlies the power of the president to dissolve the Chamber and call elections. And while it recognizes “the equality of conditions” between both claims, it opts for the second, since otherwise the “interest” that recognizes the dissolution capacity “could be definitively affected, or rather, suppressed” as a result of measures precautionary as requested.

According to the order, the key word in this whole affair is the verb “to agree.” The Board of the Assembly maintains in its appeal that the “mere signature” of the president does not call elections if her decree has not been published, and that it was not before the motions of censure were presented. The court, on the other hand, reasons that the act of signing is the important one, without the “validity and efficacy” of the dissolution decree being compromised by the subsequent presentation of one or more motions of censure. Therefore, the power to dissolve is “validly exercised” from the moment of signature, without prejudice to the fact that the effectiveness of the electoral call “unfolds” once the decree is published in the regional official gazette.

The court reverses the arguments of the appellants: stopping the call for elections could be “at the mere will” of 15% of the deputies. And this because this percentage of parliamentarians would be enough to present a motion of censure in order to paralyze a decree of dissolution when it had not yet been published. Clearly, what the resolution makes clear is that the prohibition to dissolve the Assembly only operates when a motion of censure is already presented, not when it is formalized once the corresponding decree has been signed by the president of the Community.