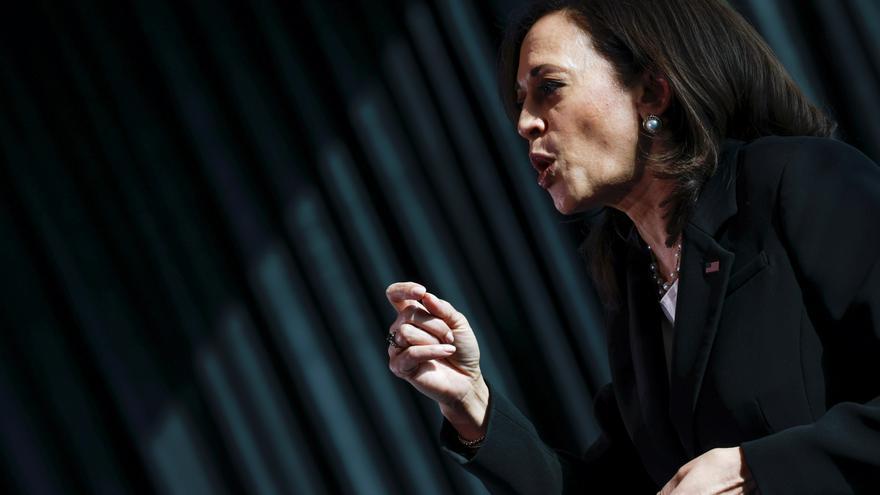 The Vice President of the United States, Kamala Harris, has described her trip to Mexico and Guatemala as a “success” for the advances to promote the progress of the region and act against migration.

At a press conference in Mexico, after her meeting with the Mexican president, Andrés Manuel López Obrador, with whose government she has signed a cooperation agreement, the vice president has thus valued her trip.

In this sense, highlighted the memorandum of understanding signed with Mexico for assistance in the country, as well as the dialogue held in Guatemala against corruption.

Harris highlighted in this speech the support of Washington to the economic sector of the region to promote development, specifically with the work together with the Mexican economic sector, and also underlined the Announcement of $ 130 million from the White House to promote Mexican labor reform and the 48 million dollars in support for housing and the countryside in the country, reports the Mexican media ‘Milenio’.

It has also indicated that in His meeting with López Obrador has discussed the need to make the requirements for applying for visas to the United States more flexible, although this issue will be addressed in the future.

Visit to the border

On the other hand, Harris has addressed the controversy over his visit to the United States border to Mexicoas it has received criticism for not having visited this during this trip. In this regard, it has transferred that will visit the place soon, although it has put in the first place the need to address the causes of migration of people from Central America.

“Yes, I will visit the border, I have already done it, they know that I have spent a lot of time on the border and I am very aware of the issues,” he also said about it, to add that “if one wants to face the problems, we have to to the center. The president (Joe Biden) asked me to work on the root causes of migration, that’s why I went to Guatemala, “he insisted.

In this context, he has also delved into the fact that the White House aims to find families who have been separated by immigration authorities, a job that “will be worth it”, as he has added, to reiterate his intention to address the “generational problem” of migration.

Thus, Harris met with the president of Guatemala, Alejandro Giammattei, this Monday and traveled to Mexico on Tuesday to visit the president of Mexico, Andrés Manuel López Obrador. This trip has been interpreted as a sample of the importance that the Biden Administration gives to the Central American region and to migration from the area.

The UN calls for dialogue

The spokesman for the United Nations General Secretariat, Stéphane Dujarric, when asked at the daily press conference about Kamala Harris’ statements that migrants did not try to reach the border, replied that “it is not his job to go into details. “However, he has appealed for dialogue between states affected by the migration crisis.

“There needs to be an active dialogue between countries of residence, countries of destination, countries of origin and countries of transit“, he said, adding that the role of the UN is to” help support the institutions of the countries to ensure that people live in places where their basic rights are respected. ”

“What we want is for countries to enter into a fruitful dialogue to manage migration and ensure that immigrants are not left in the hands of criminal elements that not only take their money, but also their dignity,” he concluded.