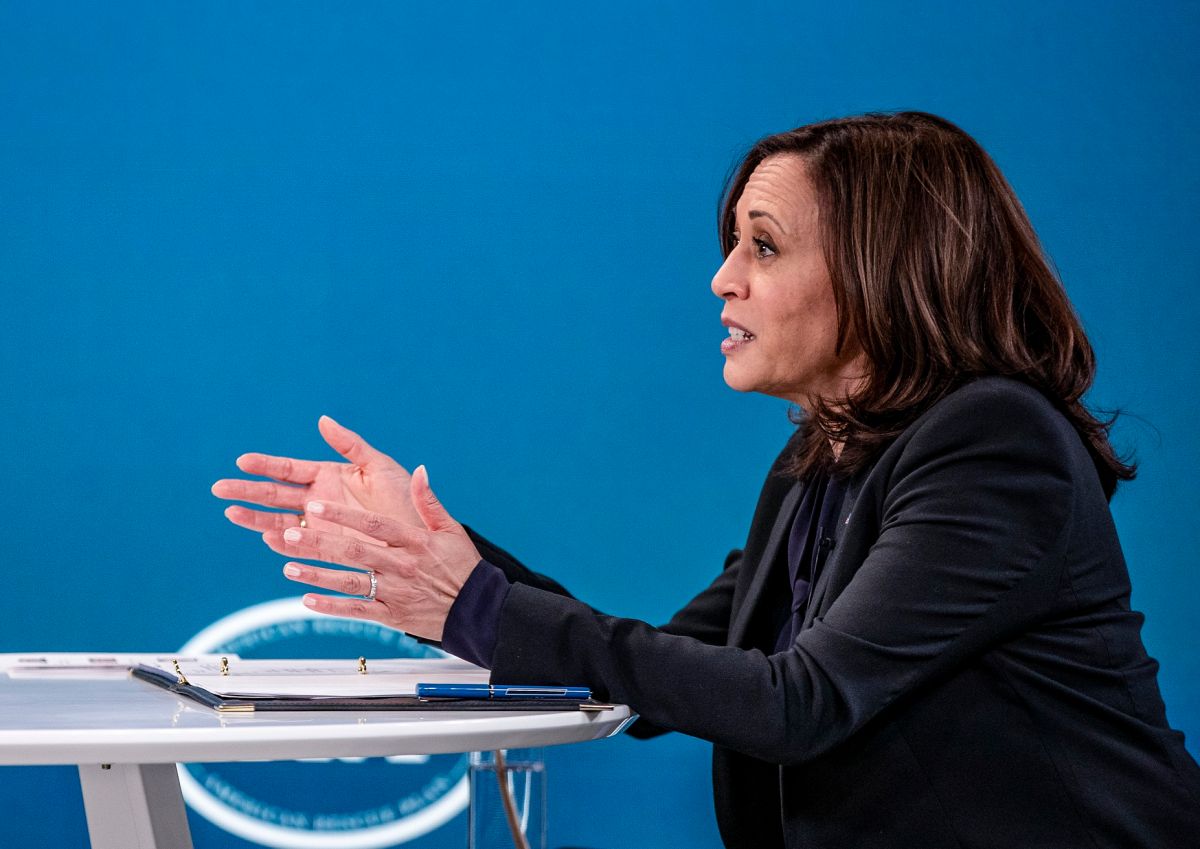 The vice president Kamala Harris He recognized as a great challenge trying to solve the problems caused by irregular immigration from Central America, but to advance his project he will soon travel to that region with a stop in Mexico.

This was announced after a meeting with experts from different research and analysis groups to find out their position on El Salvador, Honduras and Guatemala, mainly.

“These are problems that are not going to be addressed overnight… the root causes. A large part of our approach is diplomatic, in terms of what we can do, in a way that is about working with these countries. “Harris said. “Our focus is dealing with root causes, and I hope to travel, hopefully, like my first trip, to the Northern Triangle, stopping in Mexico and then going to Guatemala (sic).”

The vice president affirms that she follows a similar route to the one that the president Joe Biden continued when he had that same position in the government of Barack Obama and negotiated various programs with the administrations of the mentioned countries.

He recalled his dialogue with the Mexican presidents, Andrés Manuel López Obrador, and Guatemalan, Alejandro Giammatei, but he did not specify if after his dialogue with them it was that the agreements to increase the military and police deployment to stop the caravans.

He added that people who live in Central America do not want to leave their lands, but the conditions in which they live force them to seek other opportunities or flee insecurity.

“The focus that we’re bringing to our work in the Northern Triangle is really evaluating and figuring out what we could do to foster economic development.”, he stressed. “Address issues that relate to the integrity of the government, the rule of law and corruption.”

He said he seeks to see the big picture, in the context of what the US can really achieve with its resources “To help with issues such as agriculture, agriculture, irrigation by water.” He insisted on the issue of water distribution as one of the fundamental issues.

He also referred to the extreme weather that has resulted in the impact of hurricanes in the region, particularly in Honduras in 2020.

He added that there are plans to expand the projects with the backing of other nations.

“We are analyzing how we can internationalize our effort, so there is a great job that is already happening from our initiative. That includes reaching out to our allies, through the UN ”, he claimed.

The vice president did not address the problems facing the Biden Administration to dialogue with the president of El Salvador, Here’s to watching.

Responsible at the border

Harris noted that the person responsible for border work is the Secretary of Homeland Security, Alejandro MayorkasThis after she has been criticized for not having traveled to that point amid an increase in the arrival of immigrants, especially unaccompanied children.

“We must address the symptoms, and that is what is happening with the team of people who are working on the border, led by Ali Mayorkas.”, He said. “We also have to deal with the root causes, otherwise we are in a perpetual system of just dealing with the symptoms.”

Harris insisted that President Biden tasked Mayorkas with the responsibility of servicing the border.

“(He) has been working very hard on it and is showing some progress.”He stated without specifying about those advances.

The vice president met at a working event with And Restrepo, the Center for American Progress, who was President Obama’s principal advisor on issues related to Latin America, the Caribbean, and Canada; Vicki Gass, Senior Policy Advisor for Central America at Oxfam.

Carolina Herrera, Green Finance and Climate Change Manager of the Natural Resources Defense Council, and Jason Marczak, Director of the Adrienne Arsht Center for Latin America at the Atlantic Council.