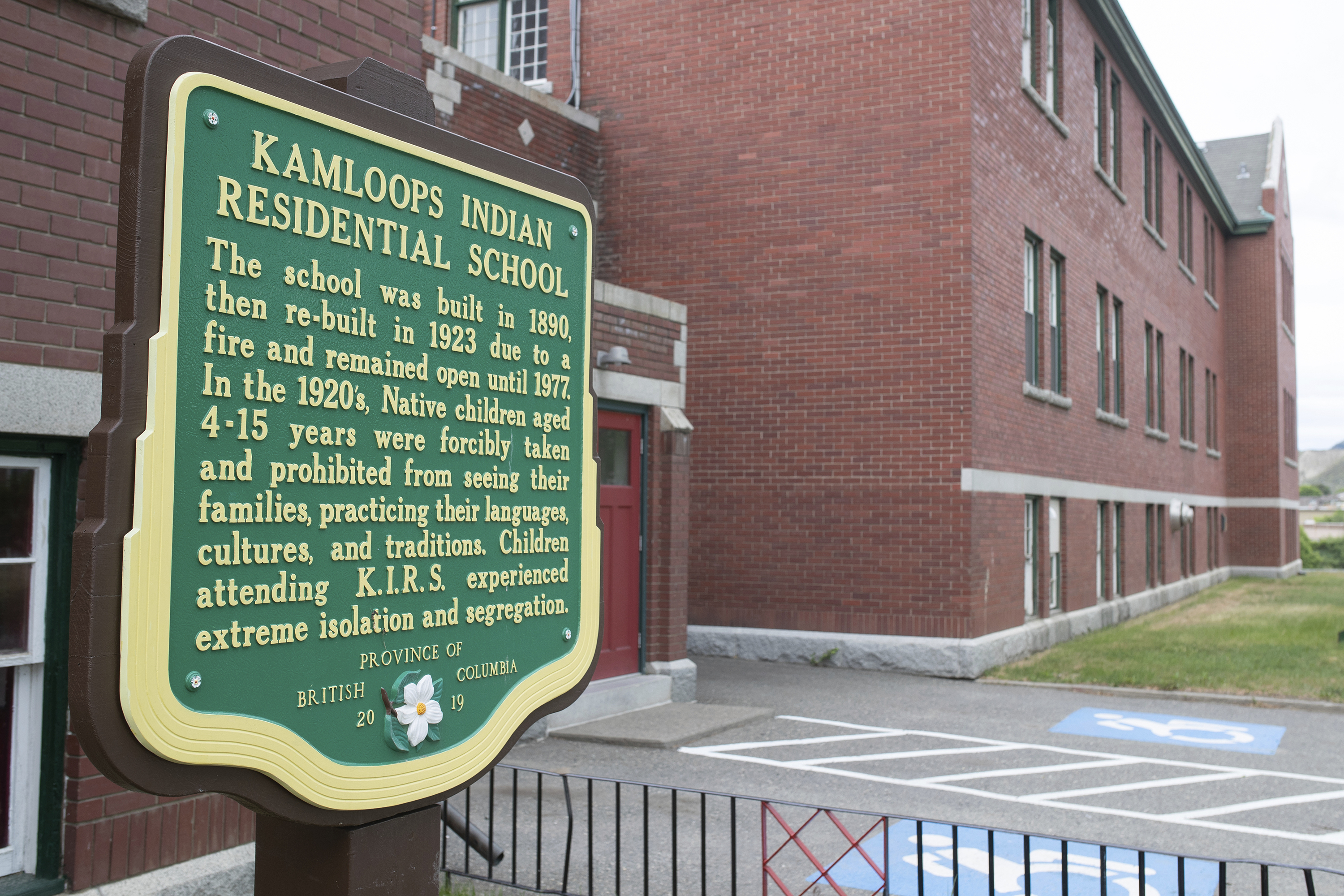 The discovery of a mass grave with the remains of 215 children on land belonging to the former boarding school for indigenous children in Kamloops, in the province of British Columbia, has shocked Canada. The macabre discovery was revealed by Rosanne Casimir, head of the Tk’emlups te Secwépmc reserve (inhabited by members of the Shuswap people) in a statement released Thursday. In the text, Casimir pointed out that the remains of the students were found “last weekend, with the help of a specialist in ground penetrating radars.” Casimir said some of the children were as young as three years old and the reasons for the deaths and when they date are unknown. Between 1883 and 1996, some 150,000 children were forced to live in 139 centers for indigenous minors. Neglect, physical punishment, sexual violence and racism were common within its walls.

It is expected that a report with more details about what happened in Kamloops will be published in mid-June and that the final destination of the remains will be announced in the coming days. Canadian Prime Minister Justin Trudeau has written on Twitter that the discovery is a “painful memory” of “a shameful chapter in the history” of the country.

The news that remains were found at the former Kamloops residential school breaks my heart – it is a painful reminder of that dark and shameful chapter of our country’s history. I am thinking about everyone affected by this distressing news. We are here for you. https://t.co/ZUfDRyAfET

The Kamloops boarding school, opened between 1890 and 1969, was the largest of these centers in the country, designed in theory to integrate the young indigenous population into the system and run by the Government and religious communities. With a Catholic affiliation, in its heyday it housed some 500 students from different indigenous communities in British Columbia. After receiving the news about this finding, Marc Miller, federal minister of Indigenous Services, affirmed that the subject of the internships for indigenous minors “continues to be a national shame, but what is even more shameful is that many people do not know this reality” . In June 2015, a commission delivered a report in which it classified what happened in these institutions as a “cultural genocide”.

Many parents did not hear from their children again. The 2015 report established that 3,125 minors died in these centers. Four years later, the figure rose to 4,134, but some experts estimate that it could be around 6,000. Rosanne Casimir indicated that according to her community, the 215 children of Kamloops were not included in these registries. The commission document indicated that half of all deaths were due to tuberculosis. The flu, pneumonia and other illnesses also caused numerous deaths. Still others occurred from fires, suicides, drowning or hypothermia. However, the causes remain a question mark in various cases.

The mortality rate for native-born students between 1941 and 1945 was almost five times higher than for other Canadian minors. In the 1960s and until the closing of the last internship in 1996, this rate decreased, although it remained twice as high. Academic studies have established links between the experience in boarding schools and problems of mental health, drug addiction, alcoholism and violence in different indigenous reservations.

In 2008, then-Prime Minister Stephen Harper apologized on behalf of all Canadians to indigenous communities for the harm caused by internees. A year earlier, the Harper government had reached an agreement to resolve the wave of appeals filed in court demanding compensation. A verification committee published in March that Canada disbursed a total of 3.23 billion Canadian dollars (about 2.19 billion euros): 2.14 billion in compensation were awarded to 27,800 people; the remaining sum was for bureaucratic and legal expenses.

Perry Bellegarde, head of the Assembly of First Nations of Canada, expressed his grief on Friday at the discovery of the remains of the 215 children. “Although it is not something new to find graves in old boarding schools, it is always devastating to see the wounds of that episode exposed,” he said.

Since becoming prime minister in 2015, Justin Trudeau has been committed to promoting reconciliation between indigenous peoples and the rest of the country. It has increased communication channels with indigenous leaders and resources for these communities. It also launched a commission related to the murder and disappearance of indigenous women (some 1,200 victims since 1980, according to the most conservative estimates).

However, there are still major challenges to overcome. For example, dozens of reserves continue to have problems of access to drinking water, and racism and discrimination in police and health institutions towards indigenous people are not anecdotal. The federal law known as the “Indian Act”, proclaimed in 1876, continues to regulate much of the activities of indigenous groups in the country. Indigenous people represent 4.9% of the total population of Canada.