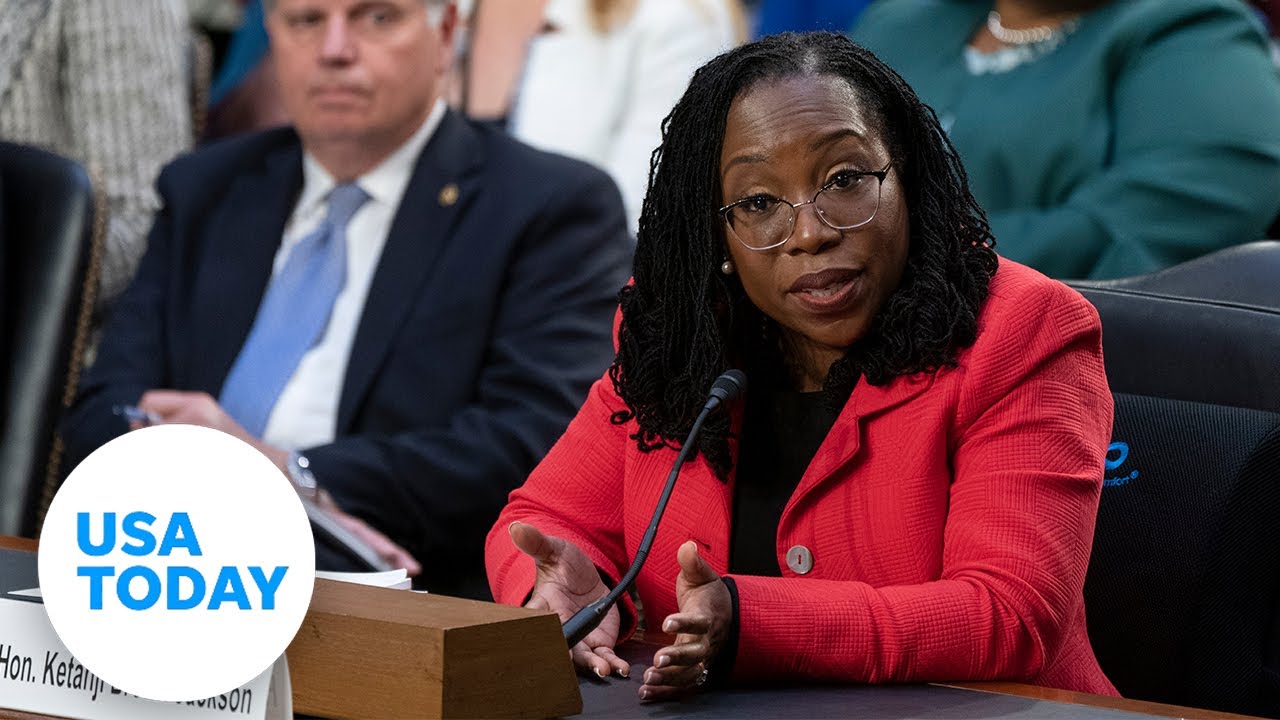 WASHINGTON–Judge Ketanji Brown Jackson’s Senate confirmation hearings are about to get a lot more interesting Tuesday, as senators prepare to pepper her with questions about how she would approach a lifetime seat on the Supreme Court.

Jackson, to judge on the US Circuit Court of Appeals for the DC Circuit, sat quietly throughout much of the proceeding Monday as senators delivered opening statements. Those statements offered some clues about the questions Jackson is likely to receive today.

Republicans indicated they will press Jackson on the sentences she has handed down in a number of criminal cases she handled when she was a US District Court judge for nearly a decade. They’ll also nudge her to offer more insight into how she interprets the Constitution in cases where the document isn’t explicit.

Tuesday marks the first of two days of questioning. Senators will get 30 minutes each, in order of seniority. And then they’ll get a second round of questions on Wednesday.

Democrats aim to confirm Jackson in a matter of weeks

Senate Democrats are aiming to fast-track Ketanji Brown Jackson’s confirmation process at nearly the pace of Amy Coney Barrett, who was seated less than a month after being nominated in 2020.

Sen. Dick Durban, the Judiciary Committee chairman, said he’d like to see her confirmed in an “expedited way” by April 8, when Congress leaves for a two-week Easter break.

“We don’t know what’s going to happen in the world,” he said. “I want to really focus on getting this to the finish line.”

Judge Ketjani Brown Jackson on Monday thanked her support system and affirmed her commitment to neutral judgment in her opening remarks of her Supreme Court confirmation hearing.

Jackson said her parents taught her growing up that if she worked hard and believed in herself she could “do anything or be anything” she wanted to be, calling being born in America was the “first of my many blessings.” She said she is committed to deciding cases from a “neutral posture” and remaining transparent in her reasoning.

She also thanked God for her nomination and paid homage to her husband, children, high school debate coach and Justice Stephen Breyer, who she called a mentor.

Today is the second day of the Senate Judiciary Committee hearings on Judge Ketanji Brown Jackson’s nomination to the Supreme Court, and the first opportunity during the hearings for senators to question her.

All 22 committee members will have the chance to ask Jackson any questions they want, for 30 minutes each. The order of questions will be determined by seniority.

Members of the committee previewed some of the topics that may arise today.

Sen. Josh Hawley, R-Mo., listed specific cases in which Jackson handed down sentences for defendants convicted on child pornography charges that were below sentencing guidelines. Jackson’s supporters and experts have noted sentences for those offenses are regularly below the guidelines, regardless of the judge involved.

Sen. John Cornyn, R-Texas, said he would press Jackson for more detail about her judicial philosophy and how she would approach the Constitution in situations in which the founding document is not clear.

Former Sen. Doug Jones, D-Ala., who is helping guide Jackson through the confirmation process in a role known as a “sherpa,” told reporters that he feels the judge is ready to counter GOP criticism during questioning.

“I think there’s gonna be some very pointed questions about her record, and that’s what the senators are there for. I think she will be prepared,” Jones said.

He said that Jackson, not the Democratic members of the committee, is best positioned to respond to any attacks leveled by Republican senators.

“I think the best counter for some of those things is going to be Judge Jackson,” he said. “The senators are there to ask those probing questions. It’s going to be her job to give the answers.”