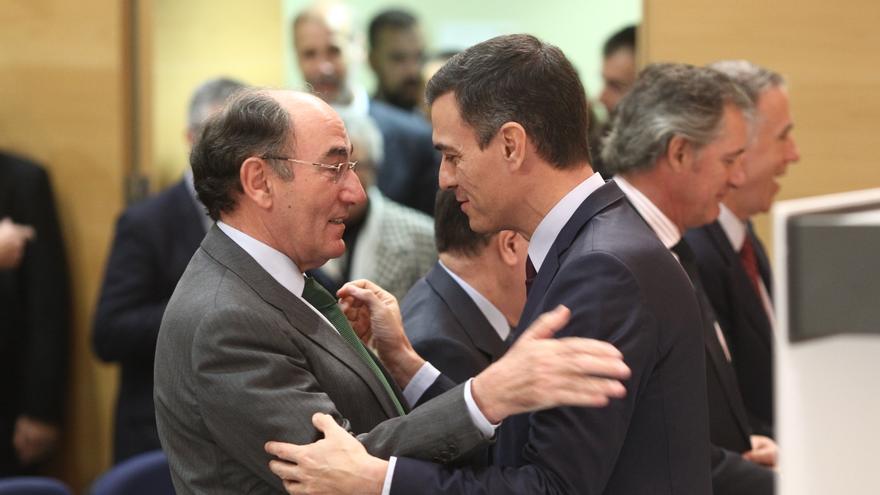 The Climate Change Law, one of the star projects of Pedro Sánchez to pivot the social and economic reconstruction of the country, comes to an end with obvious discrepancies Among those who praise its content, and those who criticize its lack of climate ambition, although all qualify it as necessary.

Ten years after the Joint Commission for the study of climate change recommended preparing a draft law and four since Spain ratified the Paris Agreement at the United Nations, the standard will see the light of day in April, after arduous processing and more than 750 amendments presented, despite the fact that the PSOE had promised to present a climate law, only if it enjoyed “maximum social and political consensus.”

The future law starts with two key dates for its development: one, 2030, when Spain will have to reduce emissions by 23 percent of greenhouse gases compared to 1990 (three points more than the text that the Government sent to Congress almost a year ago), and another, 2050, the year to achieve climate neutrality.

For Equo and More Country, lhe law needs greater climate ambition and they have urged more “courage” so that it is not born old, but rather be a lever for change in the ecological transition and that is at the level of consensus between ecologists and the scientific community.

Along the same lines, environmental organizations have emphasized the need to increase emissions reductions by up to 55 percent by 2030 and thus guarantee that Spain contributes, in accordance with its capacity and responsibility, to limiting global warming to 1 , 5 degrees, as the Paris Agreement seeks.

The deputy of United We Can (UP), and president of the Commission for the Ecological Transition in Congress, Juan José López Uralde has observed that this law It is “one of the most important of this legislature”, and has applauded its processing to “improve its content” and make it a “more ambitious and effective norm in the climate emergency”.

These are some of the most outstanding measures achieved in the development of this law, which must still be submitted to a vote in Congress to later go to the Senate, as a fundamental framework on which to weave policies and strategies for sustainability, mitigation and adaptation to climate change :

– Climate neutrality to 2050 cwith 100% of the electricity generated from renewable sources.

– Objectives of the law for 2030: reduce greenhouse gas emissions by 23% compared to 1990; raise electricity generation from clean sources to 74% and improve the energy efficiency target to 39.5%. The Council of Ministers may revise, upwards, these objectives for 2030.

– Regarding cars, and in accordance with the European decarbonisation standard by 2050, the law states that passenger cars and light commercial vehicles, not intended for commercial use, will gradually reduce their emissions, so that by 2040 they will be 0 emissions; It also establishes obligations for recharging points at gas stations and in buildings.

– The text maintains the obligation by 2023 to create low-emission zones in cities with more than 50,000 inhabitants, in order to reduce air pollution and CO2 emissions and favor electric mobility and public transport.

– The law contemplates the consideration of climate change in the planning and management of the terrestrial maritime public domain and establishes that the occupation titles will be computed from their granting and will include all their extensions, without exceeding the maximum terms established in the coast law, for a maximum computable period for occupation of 75 years.

– Boosts the renergy rehabilitation of buildings, monitors the impacts of climate change on public health and the achievement of a sustainable food diet and prioritizes forests as carbon sinks.

– The deployment of renewables must be compatible with the conservation of natural heritage and with combating demographic deterioration.

– Mandatory nature of the Government of review sustainability and climate change in the teachings of the Educational System.

– Creation of a committee of scientific experts on climate and energy transition as the body responsible for evaluating and making recommendations on both issues.

– Approval of national plans for adaptation to climate change, to identify and evaluate the impacts and in various possible scenarios.

– The text also raises key future commitments such as a sustainable mobility law, a review of the energy system and a boost to the railway as a transport to reduce emissions.