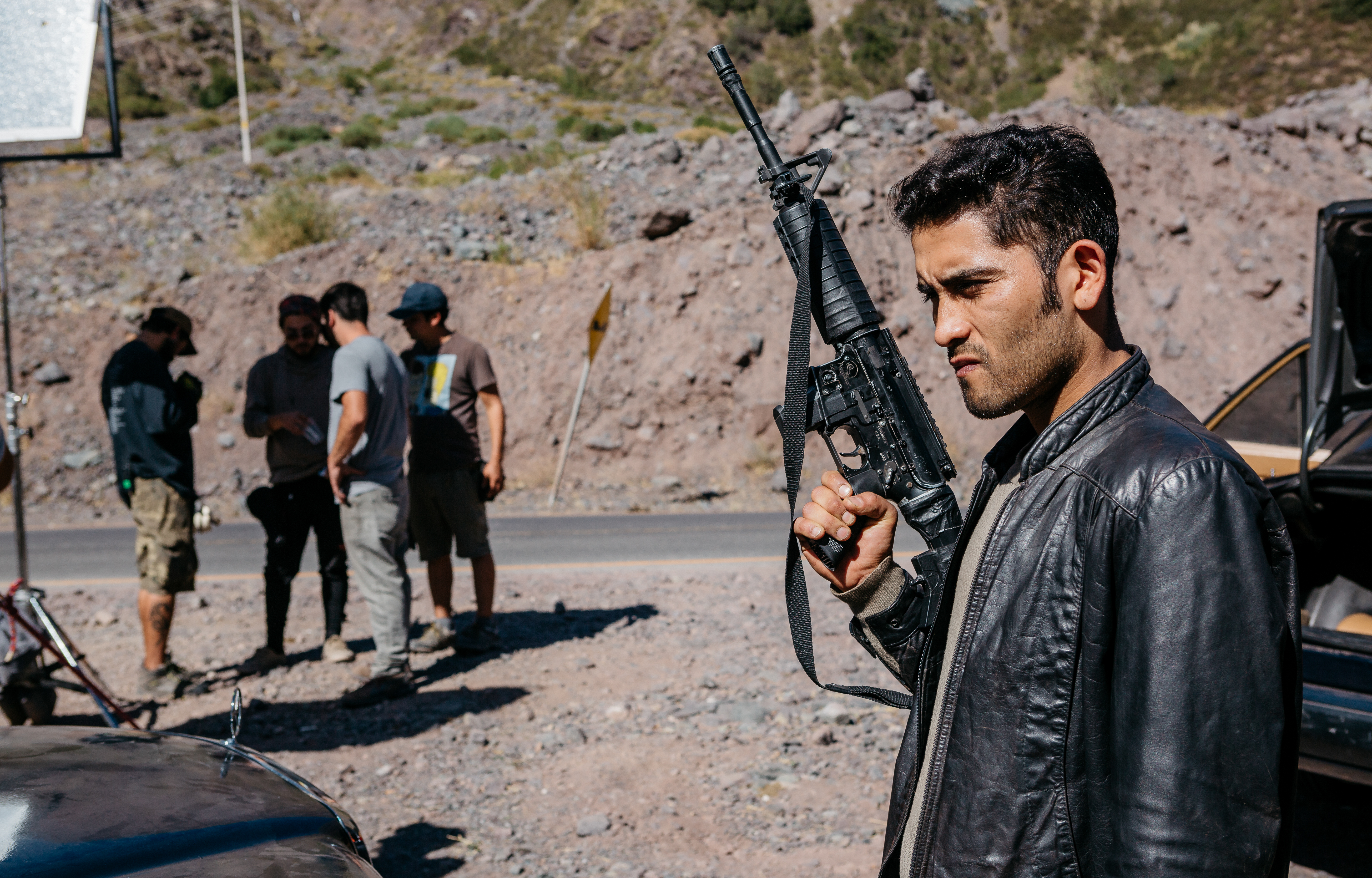 On the afternoon of September 7, 1986, Juan Ignacio Sabatini (Santiago de Chile, 1978) anxiously awaited the broadcast of Star Wars through Televisión Nacional, Chile’s state channel, at that time under rigorous control by the Augusto Pinochet dictatorship. Of this, Sabatini, then 8 years old, did not have great notions. His goal was to see Luke Skywalker’s adventure and his journey to destroy the Death Star. Everything came to nothing, because a news flash interrupted the transmission. “A terrorist group attacked this afternoon in the sector of the slopes the escort of His Excellency President Augusto Pinochet,” Juan Ignacio heard on television.

The attack had been perpetrated at 6:40 p.m., while the dictator was heading back to Santiago from his rest home in Cajón del Maipo, a sector located in the foothills of the Andes, 40 kilometers from the capital. “I never believed that I was going to get out alive,” Pinochet said before the cameras.

The dictator had survived Operation Siglo XX, with which the Manuel Rodríguez Patriotic Front – armed arm of the Communist Party of Chile – sought to execute Pinochet in a year that had been defined as decisive in the fight against the dictatorship. For this, a meticulous planning was carried out, which included the training of its members in Cuba, and the use of weapons of war. It was an almost perfect plan, but Pinochet survived the attack thanks to the skill of his driver and the excessive confidence of the fronts, who believed him dead.

The image of that September 7, 1986 remained in the memory of Juan Ignacio, who later became a filmmaker and decided to make a film based on this fact. I call her Kill Pinochet.

The film, based on real events, will hit the Spanish billboard on Friday, November 20 and will be part of the competition at the Huelva Festival and the Rizoma Festival. In Chile, the film was released digitally last weekend due to restrictions due to the pandemic.

Sabatini-producer of the acclaimed Chilean series The Cardinal’s Archives, one recounted the role of the Vicaría de la Solidaridad in the defense of human rights in dictatorship – says that the idea of ​​making the film came up in 2012, after receiving a copy of the book The riflemen. Written by Chilean journalist Juan Cristóbal Peña, the text reconstructs the history of the 21 front-runners who were part of the attack against Pinochet, convinced that they would not make it out alive. “I was struck by how the story was told, with constant temporal leaps and that the eye was not on the front line of the Front, but on the soldiers. It seemed to me that there was material there to make a tremendous movie, ”says Sabatini.

The film is a thriller of loyalties, betrayals and death. But in 80 minutes there is not room for everything. In this process, explains Pablo Vidal, one of the scriptwriters and who lived his childhood under the dictatorship in a low-income neighborhood, it was necessary to be “tremendously respectful of the book and tremendously disrespectful, and assume that we had a film format that it forced another type of approach to history ”. The process, in any case, was approved by the author of the book.

In that search, the team focused on the story of Cecilia Magni, real name of the Commander Tamara, one of the most transcendental figures of the revolutionary movement and who was in charge of the logistics of the attack.

“She was the soul of the Front,” says Daniela Ramírez, who plays Cecilia Magni, a young woman of wealthy origin who achieves a rapid rise within an organization where the main roles were reserved for men. The actress, who is 33 years old and was born months after the attack, says that she sought to show Cecilia Magni “beyond Commander Tamara”, based on a review of biographical material and interviews with Silvia, her sister, played by Argentina Juliet Zylberberg.

“It is probable that many of us will fall in combat, but with a memorable death (…) Tomorrow we are going to kill the dictator. Tomorrow we kill Pinochet, shit. Viva Chile ”is one of Tamara’s most memorable lines on the film, and it precedes the moment when the organization’s leadership notifies her that she will not be part of the riflemen who will try to kill Pinochet.

The person who was in the attack was Juan Moreno Ávila, known in the organization as Sacha, played by Gastón Salgado. The actor, born a year after the failed attack, says that in his process of building the character the encounters with the former oppositionist himself, who currently lives in the south of Chile, were key. Unlike Tamara and other members of the Front’s leadership, Sacha came from La Pincoya Population, a marginal neighborhood in the north of the capital, where raids were frequent and rage was breathed in the streets. “When the town is attacked with bullets, the town cannot defend itself with slogans,” says the character.

The film is released just over a year after the massive protests in Chile that triggered the reform process of the Pinochet Constitution. Three days before the referendum, the phrase “kill Pinochet” was projected meters from where thousands of people were demonstrating in the Plaza Italia sector, in Santiago. The intervention was part of the film’s marketing plan and it was no accident that it was shown at the epicenter of the protests. Juan Ignacio Sabatini tells that he was “finishing the assembly when Chile exploded to demand a fairer and more equitable country.” “What was in the street was a society that had been trying to kill the figure of Pinochet for 34 years,” he says.

Although the creators defend the decision to title the film as Kill Pinochet, acknowledge that it has presented difficulties for them to access more conservative media and even to publish content on social networks, which came to consider the name an incitement to violence. “If someone considers that this incites violence, let’s talk about it, but this speaks of how open the wound is,” says Sabatini.

Another of the stories present in the film is the idea of ​​the attack as “an act of love”, present in dialogues and even in the promotional poster. For the screenwriter Pablo Paredes, “the Patriotic Front is a violent response, without a doubt, but it was a violence that sought to stop the death that had settled in Chile.” “It is not an installation of a culture of death in the country, it is a response to the institutionalization of the culture of death with the dictatorship. For this reason, responding to death in this way and saying that I am willing to give my life is what the script and the film understand as an act of love ”, he explains.