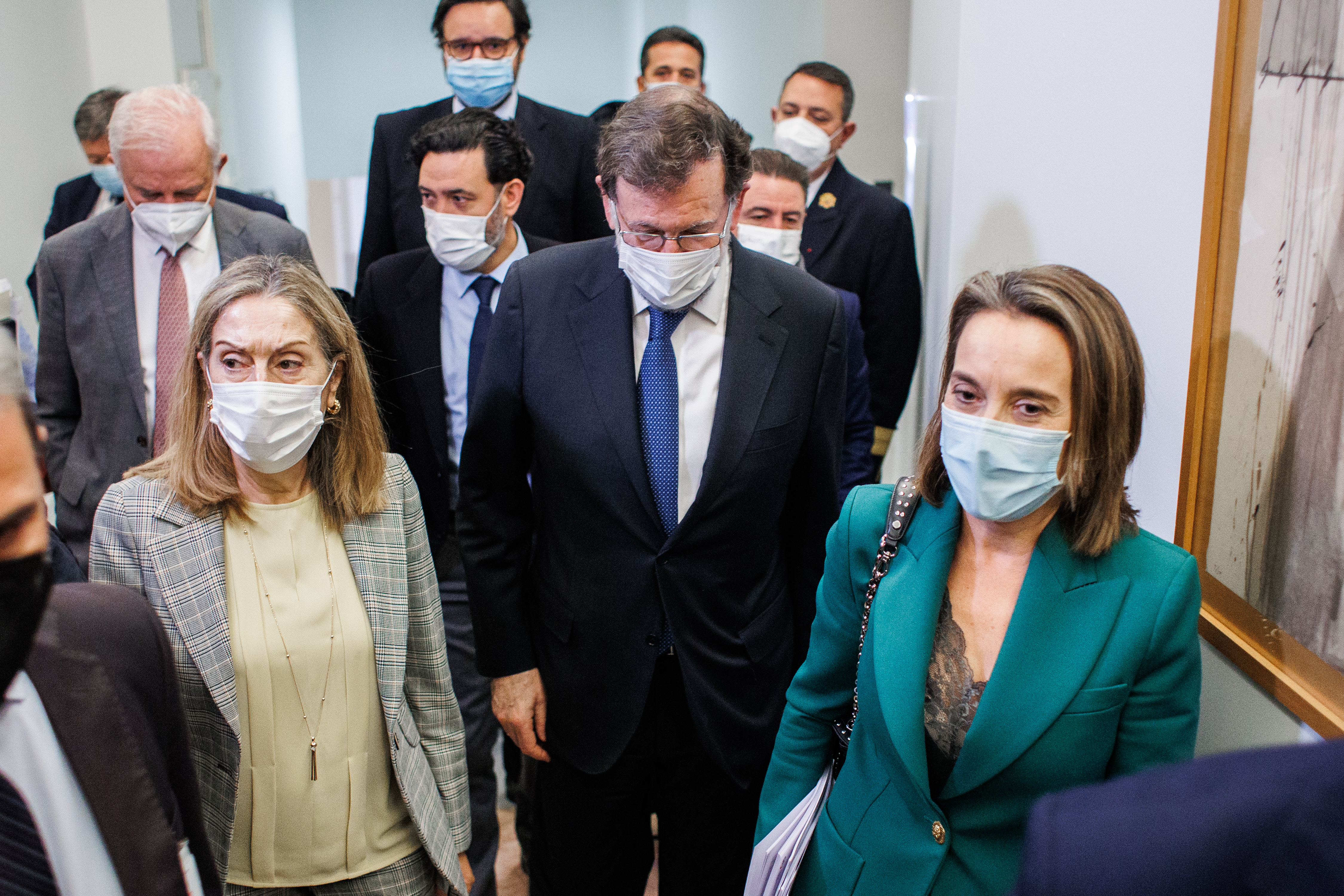 The parties have until 12.00 on Monday to register their conclusions from the investigation commission of Operation Kitchen in Congress on the irregular use of funds and resources from the Ministry of the Interior during the governments of Mariano Rajoy to cover up PP scandals . Then, and until Wednesday, they will rush the negotiations already underway, between the coalition in the Government and its allies, to fit a common opinion of that commission, from which for now only the PP is considered unmarked. After 23 sessions and dozens of appearing parties, and after examining hundreds of pages of documentation, most of the parties agree that the PP illegally used personnel and financial funds reserved from that ministry, especially to hide the existence of a box b in that party, which his then treasurer, Luis Bárcenas managed for years. They also consider it “logical” that the organization of a para-police plot of this nature should not be promoted alone by police commanders and not even by express orders of the then minister, the now accused Jorge Fernández Díaz, without the knowledge of the president, Mariano Rajoy. These are the most relevant conclusions of the PSOE, PP, Unidas Podemos, ERC, Vox, PNV and EH Bildu.

Has the Kitchen commission served to clarify any political responsibility?

Felipe Sicilia, the PSOE spokesman, responds: “The testimonies and responses of the appearing parties have made it very clear and without a doubt that there was an operation that used a number of agents and resources that it was impossible to hide from the police officers and hence to the political leaders. The former Secretary of State for the Interior has pointed to the minister and the latter to the PP by warning that it would be this party that would have a real interest in eliminating any evidence in possession of Barcenas that would show box b, that is, it clearly points to Dolores de Cospedal and Mariano Rajoy ”.

Ismael Cortés, from Podemos, emphasizes that the testimonies of the police officers involved, UDEF investigators and the cashier paying the Police reserved funds have certified irregularities and misuse. And also that some commissioners, such as the controversial José Manuel Villarejo and the head of the UCAO, Enrique García Castaño, have confirmed that the operation was known to Rajoy, Fernández, Francisco Martínez and Cospedal.

Gabriel Rufián, from ERC, declares himself a firm defender of these commissions, and highlights that in some appearances “very important police positions” recognized that they were sent from the Interior “to spy and defame to favor the PP, to cover up Villarejo’s attack on Dr. Elisa Pinto ”, and that commissioner admit that“ the Royal House was a headache for the State for many years ”.

Mikel Legarda, from the PNV, argues that the commission has delimited “the perimeter of some events of political gravity from which direct political responsibility is derived in some cases and in others in watching”.

Jon Iñarritu, from EH Bildu, has seen that the affected commanders and agents “reported to those responsible for the ministry, which shows that there was a political mandate.” Macarena Olona, ​​from Vox, has maintained from the beginning that the commission was going to be “a sterile and useless investment of public resources” because it coincided in time with the judicial investigation, which made it easier for “the most relevant appearing parties” not to testify so as not to harm their constitutional right of defense.

Luis Santamaría, from the PP, determines that after the sessions held “the facts that are being investigated and on which the courts have not ruled cannot be considered proven” and, above all, that there is not a single piece of information or testimony that relate this situation to the current leader of your party, Pablo Casado.

Has it been proven who ordered the organization of that plot, who is the X of Kitchen?

Sicilia draws on “logic” to reason who could promote an irregular operation of this magnitude: “The President of the Government, who does have a real interest, because he does not only appear in the Barcenas papers, and it is that it is suspected that there is a video that would show Rajoy destroying documents from box b of the PP “.

Rufián amartilla: “Based on the recordings, messages and statements it is evident that it was not a question of lone shooters rather there was a political hierarchy that knew everything. And certainly beyond the ministry and above the minister ”. Iñarritu: “The operation was carried out and supervised by political officials from the ministry and the Popular Party. The X was the PP ”.

The popular ones do not enter into these disquisitions, because they maintain that Kitchen as such did not even exist. Santamaría, in any case, accepts that what took place was “a specific police deployment in two moments to recover the money from Bárcenas, to which those responsible for the operation gave another name.”

Olona, ​​from Vox, does point very high: “The former minister himself, in his appeal, already clearly says that it is not logical that the highest political leaders are him and his former secretary of state when the object was to discover and steal documentation held by Bárcenas that could harm the PP and senior officials of that party on its proven up to three parallel accounting judgments ”.

That the former president, the former minister and the Interior officials at that stage say that they did not know anything exonerates them?

Sicilia: “The serious thing is not to say that a fact is not known, it is to lie as Rajoy did before the commission, saying repeatedly that the PP did not have a box and that there was no sentence condemning the PP. Rajoy already said that he did not know anything in the Gürtel trial at the Hearing and the court in the sentence described his testimony as not credible enough ”. Rufián: “It is not credible that they did not know anything. Either they were negligent or they were on the hook. Neither possibility leaves them in a good place ”.

Olona: ”His allegations of ignorance have no logic and what the former president reveals if it is not a direct fault is a maximum fault as the head of his party in watching”. Legarda insists: “For political purposes in no case could I suppose an exculpation; vicarious responsibility or guilt in watching they are key axes of political responsibility ”.

Cortés highlights the seriousness that those appearing parties have lied before the commission or, during their time in the Interior, incurred “irresponsibility of functions by not having been able to be aware of a criminal plot of very high scope within their own Ministry.”

For his part, Santamaría denounces the seriousness of the violation of “the presumption of innocence”, imputing facts that are still pending sentence.