Since the human being stepped on Earth for the first time, knee pain has accompanied him (it is possible that in that first step it was already present). For this reason, medicine has been fighting for decades against an international disease and, until now, very difficult to solve.

Joint pain is a common ailment of aging, due to cartilage’s tendency to wear down. Now, researchers at Duke University have developed a new hydrogel that is stronger and more durable than our own cartilage.

Natural cartilage plays an important role in cushioning joints, but unfortunately it doesn’t regenerate very well after damage from age or injury.

Current treatment options are often limited to pain medication, physical therapy or, if things go wrong too soon, a total knee reconstruction. If the Duke team’s new job pays off, there could soon be a better option.

Soft, flexible hydrogels have been investigated as potential cartilage replacement materials, but most have been too weak to support much weight. In 2020, the Duke team created a hydrogel with properties as good as those of natural cartilage, and now has developed a version that surpasses it.

The new hydrogel is made up of cellulose fibers, which make the material strong as it stretches, infused with polyvinyl alcohol that helps it return to its original shape.

The team also modified their manufacturing method: instead of freezing and thawing it like most hydrogels, they annealed it like glass, which causes more crystal formation in the polymer network.

The end result is a hydrogel with a tensile (stretch) strength of 51 megapascals (MPa) and a compressive (pressure) strength of 98 MPa. According to the team, this means 26% higher tensile strength and 66% higher compressive strength than natural cartilage.

Also Read  Huawei Watch GT 3 Pro Titanium, the design and durable smartwatch, drops in price to €299 in the Huawei store

It is also five times stronger in tensile strength and twice as strong in compression than other freeze-thaw hydrogels.

In other tests, The team used a machine to rub their artificial cartilage against the natural one a million times, under pressure similar to that experienced by walking on the knee. And again, the artificial version proved to be three times more resistant to wear and tear than natural cartilage. 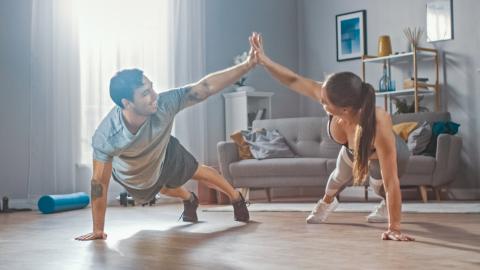 Hydrogels have historically been difficult to anchor to bone in a knee joint, so the team also experimented with an implantable device to get around this. The hydrogel is cemented and attached to a titanium base, which is then affixed to a hole left by damaged cartilage.

The device had a shear strength of 2 MPa, which is 68% stronger than natural cartilage’s grip on bone.

The team says that implants made from this material are currently being tested in sheep, and that human clinical trials will take place in April 2023.