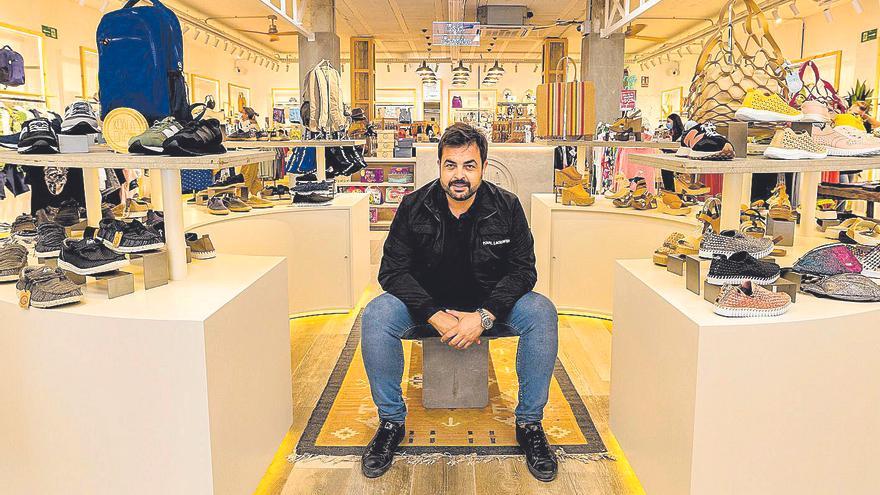 The history of the brand started when its current CEO, Tomás García, made a trip to Australia. «I have always liked fashion and I have always had a lot of connection with it through the family business (a company dedicated to the production of components and accessories for footwear and textiles). I had been thinking about creating my own brand for a long time, and the lifestyle and spirit of adventure that I saw there gave me inspiration “, explains the executive.

It was 2006 and, how could it be otherwise, the first thing they launched was a collection of sandals, to which little by little they were incorporating new garments, such as swimsuits or T-shirts. Some garments that were well received, especially in the Canary Islands, the Balearic Islands and the Mediterranean coast, and that they also managed to distribute in Italy, France, Portugal or Greece, among other countries.

Thus, the collection grew until, in 2013, they decided to open their first store in Benidorm to the public, more for an image issue – “to show the brand’s total look”, according to its creator – than for business. The results surprised those responsible for the firm, since its casual fashion style and with a clear summer vocation – the firm’s motto is “Life is a Holiday” – found its best audience in the tourist capital of the Costa Blanca .

Success led them to repeat the formula and that is how they began to open establishments throughout the Spanish Mediterranean and the Canary Islands, always in clearly holiday enclaves. In fact, until now the company only produced clothes and accessories for the summer season and closed most of its stores in the winter months, with the exception of those it has in the Canary Islands.

Also Read  Quartararo, after winning the World Cup: "I have cried and screamed a lot"

In full covid, the firm decided to keep its bet and continued with the pace of openings it had planned. Thus, last year they opened eight new stores and this year they have already added as many, until completing a network of 39 stores, which before the end of the year will become 41, according to the executive.

The coastal areas continue to be its main objective, but the company wants to take the leap and rub shoulders with the big names in the sector throughout Spain, which is why it has opened up its radius of action. Thus, the company is already present in some shopping centers and Tomás García points out that they are in full search and selection of premises with the aim of starting their implementation in large cities throughout the country.

A process for which, logically, they have also had to change their collections strategy to be able to operate throughout the year. In this way, Koala Bay has launched its first collection of winter garments this year, which will allow them to keep 80% of their stores open next season, in which they expect to increase their turnover by around 30%, according to the executive.

García assures that it has not been difficult for them to transfer the fresh and carefree style of their clothes to colder weather conditions, although he acknowledges that they are garments designed for “warm winters, like the ones we have in the Mediterranean.”

The design and pattern of all its collections is carried out from the company’s headquarters in Crevillent, but production is outsourced to third parties in Spain, Portugal and Southeast Asia. With the pandemic they have chosen to review their supply channels to avoid the transport problems and delays that have occurred. “We have increased production in Spain and Portugal, and we have looked for new suppliers in Morocco and Turkey,” explains Tomás García.

The opening policy has allowed it to create 65 new direct jobs this year, bringing the company’s total workforce to 270 people. And its founder is convinced that this is only the beginning. Despite the fact that its expansion is mainly on the ground, from the firm, in fact, they assure that their bet is omni-channel, and that the physical stores and the online route complement each other.