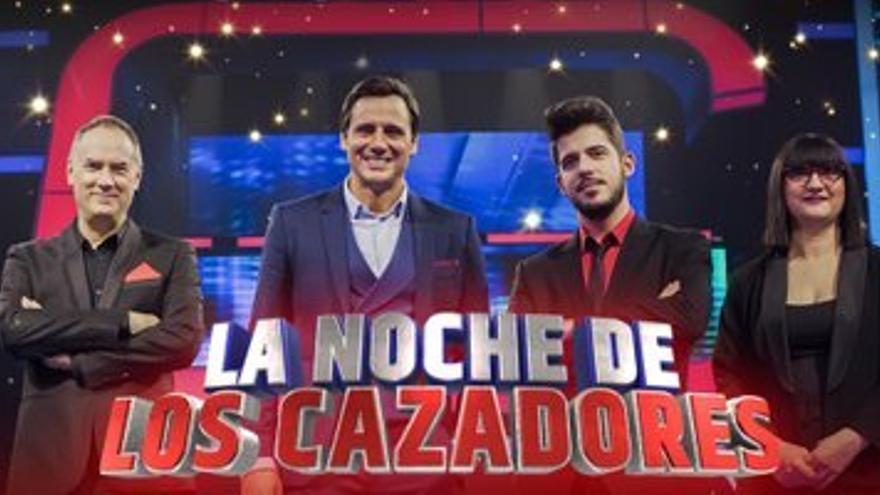 Tonight, starting at 10:45 p.m., TVE’s 1 broadcasts ‘The Night of the Hunters’. Questions and answers space presented by Ion Aramendi in which several anonymous contestants face, individually, the most iconic faces that have participated in the best television contests in Spain. In the opening round, participants must add the maximum amount of money to their personal jackpot by correctly answering questions that have multiple answer options. In the final round, the contestant decides how many hunters they are going to challenge themselves against at one time. The more you choose, the greater the economic prize that you can choose but, at the same time, the greater the difficulty.

Telecinco broadcasts the last ‘Debate of temptations’ starting at 10:00 p.m. What is the current situation of reality couples? Are they still together or have they made new decisions? Are there pending issues that you are unaware of? These questions, among others, will find an answer in this double debate conducted by Sandra Barneda. The space will feature the presence on the set of the five couples and several of the temptations that marked their day-to-day life in the Dominican Republic, first, and later in our country. The collaborators who have analyzed the reality show during this fourth edition, such as Nagore Robles, Suso Álvarez, Kiko Matamoros, Terelu Campos and Arantxa Coca, among others, will also not miss the appointment.

Antena 3 will continue betting on ‘Inocentes’ from 10:45 p.m. Although Safiye is happy to be reunited with Naci, she also questions the seriousness of her illness. Gülben faces a situation that must be overcome by Esat, who was attacked. Han is on edge, fearing that Naci has told Safiye the truth. However, a greater danger awaits him, even than he fears. The fear that she and Neriman will live in different cities because of the university will make Egeo take a sudden step.

Cuatro receives Omar Montes on ‘Planeta Calleja’ at 10:45 p.m. The singer will travel from Pan Bendito to Lapland to live a memorable adventure. We will share fun moments with them, we will get to know new cultures and we will also learn more about Omar.

laSexta opts for the cinema with ‘Pacific Rim’ starting at 10:30 pm. When legions of monstrous creatures, called Kaiju, begin to rise from the sea, a war is ignited that will take millions of lives and consume humanity’s resources for years to come. To combat the giant Kaiju they devise a special type of weapon: huge robots, called Jaegers, which are simultaneously controlled by two pilots whose minds are locked in a neural bridge. But even the Jaegers provide little defense against the tireless Kaiju. On the brink of defeat, the forces defending humanity have no choice but to turn to two unlikely heroes: a washed-up ex-pilot and a trainee yet to be tested. The two team up to bring back a legendary but seemingly obsolete Jaeger from the past. Together, they are humanity’s last hope in the face of the coming Apocalypse.