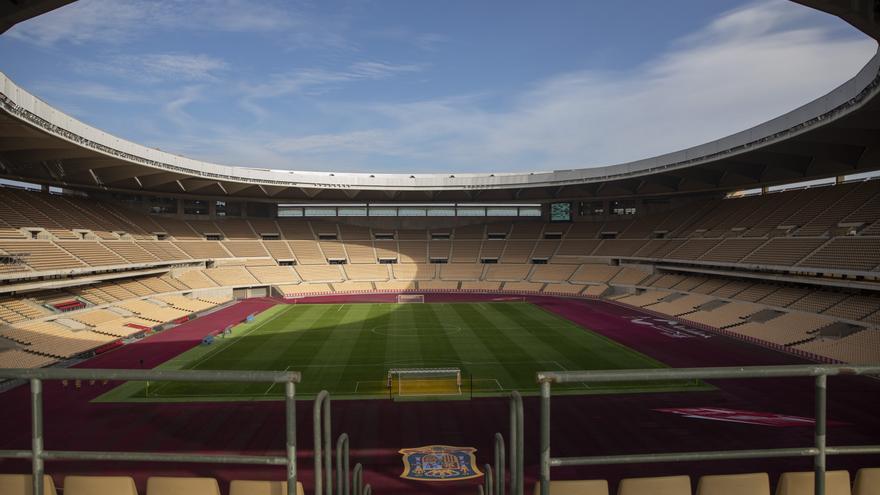 The Ministry of the Interior will deploy more than a thousand agents of the National Police and the Civil Guard to guarantee safety in the celebration of the four matches of the European Football Championship (Eurocup) of 2020 that will be played between June 14 and 27 at the La Cartuja Stadium in Sevilla, for which a maximum capacity of 30 percent with about 16,000 spectators has been planned, an extreme “fixed” according to the current situation of the pandemic. Thus, the final capacity “It will be determined by the reality of the moment”, according to the Interior Minister.

The security deployment was outlined this Thursday at a meeting held at the headquarters of the Government Delegation in Andalusia, chaired by the Minister of Interior, Fernando Grande-Marlaska.

The Government delegate also participated in this meeting. Andalusia, Pedro Fernández; the deputy delegate of the Government in Seville, Carlos Toscano; the Minister of the Presidency, Public Administrations and Interior of the Junta de Andalucía, Elijah Bendodo; the Councilor for the Interior of the Seville City Council, Juan Carlos Cabrera; the mayor of Santiponce, Justo Delgado, and different commands from the National Police, the Civil Guard and the Local Police.

For example, the superior chief of the National Police in Western Andalusia, chief commissioner José Antonio Pérez; the head of the Civil Guard in Andalusia, general Alfonso Rodríguez; or the chief superintendent of the Local Police of Seville, José Medina; as well as the Director of Integrity and Security of the Royal Spanish Football Federation, Alfredo Lorenzo; the manager of the UEFA, Tomas Gurtner; and the manager of the State of La Cartuja.

This security device will have the participation of about 750 National Police officers, including members of the Citizen Attention Groups, Police Intervention Units, Prevention and Reaction Units, Cavalry, Canine Guides, of the Mobile Brigade and specialists in drone detection and inhibition.

The Civil Guard will mobilize on its side about 300 agents both stationed in Seville and members of the Traffic Grouping, the latter to provide security for road trips that may occur on the occasion of the celebration of the different matches.

In addition, another 235 civil guards of the Madrid Command will protect in the capital the concentration of the Spanish team and they will control the movements of rival teams and groups of fans that support them and that use the capital of Spain as a point of arrival or departure from the country.

The meeting has also served to coordinate all this deployment with the action of the Local Police of Seville, as well as with the private security service of the La Cartuja Stadium itself, which will operate every time one of the matches scheduled by UEFA for this European Championship is played.

It is a deployment designed with flexibility criteria so that it can adapt to the evolution of the pandemic in the Sevillian capital and to any circumstance that may occur. The display also takes into account the special format chosen by UEFA for the development of the European Championship.

The Minister of the Interior has explained, to questions from the media, that thanks to the current situation of the accumulated incidence of Covid-19 infections, at the moment there is “set” a maximum capacity of at least 16,000 spectators, 30 percent of the total, for the attendance of the public at the Cartuja stadium for the aforementioned meetings, although it has specified that the final capacity “will be determined by the reality of the moment” in terms of the evolution of the pandemic, since the sanitary criterion prevails as you have recalled.

However, he has opted for “be optimistic “, since “the indices (of the pandemic) in Andalusia are reasonable and the accumulated incidence is decreasing as in the rest of Spain, thanks to the measures and vaccination, which is absolutely effective. “To this end, the minister recalled that” all circumstances will be controlled from the point of view of sanitary point of view by the Ministry of Health and the Ministry of Health, to guarantee safety “at the time of the celebration of the matches.

It is the Interterritorial Public Health Council, as he recalled pointing out the participation of the central government and the autonomies in said body, “which establishes the criteria for holding public events” such as those scheduled at the Cartuja stadium. “There will be the public that in terms of sanitary criteria can attend”, has summarized the minister.