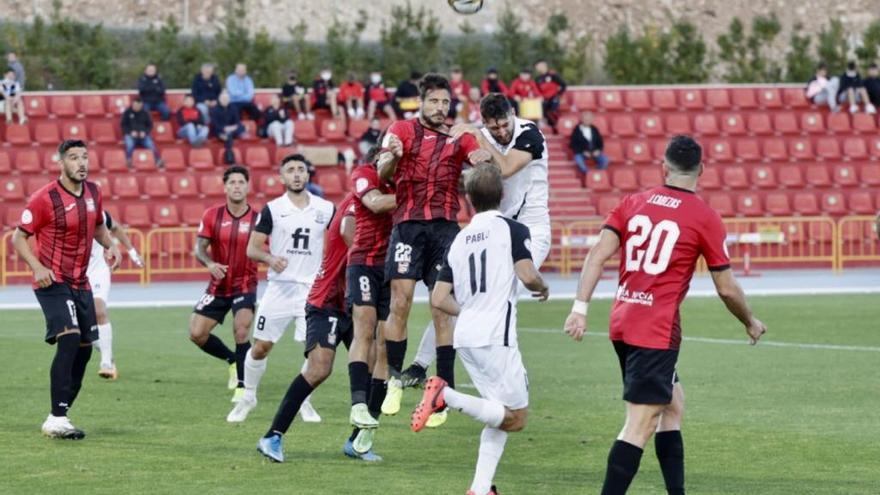 La Nucía beat Eldense (1-0) in the provincial derby on the day of Group V of Second RFEF, in a duel in which César Ferrando’s men enforced the leader’s law, against an opponent who accumulated unsuccessful chances until Fer Pina scored the only goal of the match, decisive for the Nucieros to add their fifth consecutive victory.

Week by week, the rojillo team shows that the great start to the season they are signing is no coincidence: six wins in eight games, undefeated, 20 points out of 24 possible and unbeaten at home, where Jaume Valens it bolts every 15 days, to the point that no one has been able to beat it this course.

The start of the duel made it clear that both teams wanted the ball and that the domain would fall to the side that dominated the medullary line, with three troops on each side. The rojillos, who in the first minute already generated a scoring chance, were the clear dominators of the first half hour.

That option by Cabezas and another good stop by Guille Vallejo were the local proposal in this phase to try to break the initial result. La Nucía did not find the destination on goal and, in the final stretch of the first act, the direction of danger changed direction.

The first notice of Eldense was given by Pablo, by standing alone before Jaume Valens behind a good wall, but the goal won the battle in one on one. Shortly after, the goalkeeper showed off with an excellent save from a long shot from Salinas looking for the squad of his goal.

No change in the result was reached at halftime, with a sense of justice for the tie, although with the feeling that both had made enough merits to have already celebrated a target.

Elde forgives, the leader does not

Eldense maintained the inertia of the last quarter of an hour at the start of the second half, making good use of their options in quick transitions after recovering the ball. Ortuño, with a cross shot after a good assist from Pablo, forced Valens to show off to avoid the goal.

These same two players continued the siege to the Nuchal goal, enjoying a double chance for Eldense near the time of the duel. First Pablo, very unbalanced, put Valens’ gloves to the test and, in the rejection, Ortuño’s shot was saved by Moisés under sticks, when the visitors already raised their arms to celebrate the long-awaited so much.

Without ceasing in his insistence, Ortuño tried his luck with a shot from afar, in an offensive action that began after a mistake by Romera in the exit from the right wing. The leader, at times, seemed to stagger on the pitch of the Olímpic Camilo Cano, lacking in physique and ideas.

Ferrando tried to recover the sensations of the first half hour through changes, refreshing the team, even at the cost of sacrificing Fofo. The variants came to fruition almost instantly, as Fer Pina put his team ahead by finishing in an unappealable way with his left foot a lateral center.

At the worst moment, La Nucía found the goal. One more symptom of a leader, of a team called to important goals in the season. You know, winning by playing well is typical of good teams. Winning when you are bad is champions.

Pina’s goal allowed the rojillos to defend better, further away from their area, and greatly deflated an Eldense who seemed to collapse when he saw how his rival had gotten ahead after they had missed multiple options to achieve this award. Despite having 20 minutes to recover from the blow, Valens hardly struggled and La Nucía remains firm in the leadership.